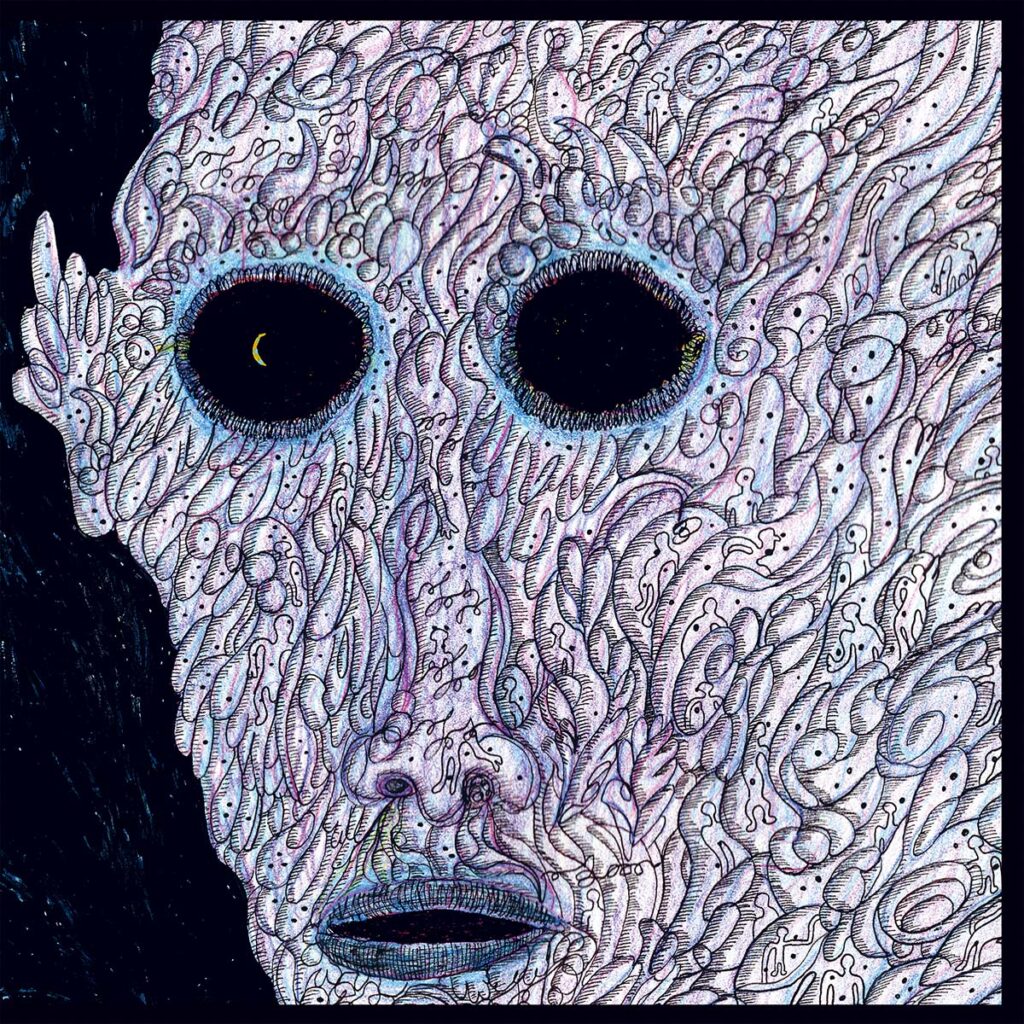 Filmed and directed by Gottfrid Åhman.
Recorded/mixed and masted by Lasse Ballade at Ballade Studios, Copenhagen.

Svart Records unleashes a heady brew of nocturnal post-punk atmosphere and avant-garde metal from Swedish goth-tinged doom rock band Shaam Larein. The new album, »Sticka En Kniv I Världen« literally meaning: “stick a knife into the world”, is a ravishing, cut-throat statement of Shaam Larein’s heavy intent, that casts a new shadow of stunning darkness. Formed in 2018, Shaam Larein released their debut album »Sculpture« in 2020 to raptured underground praise, earning them an instant booking to the prestigious Roskilde Festival and planting them on the radar of cult artists such as Chelsea Wolfe.

Now signed to Finland’s Svart Records, whose reputation has been forged on bringing new heavy rock artists such as Messa, Green Lung and Beastmilk from the underground into the limelight, Shaam Larein is soon to be hot on the tongues of the cult grapevine. Named after their auteur-like visionary singer Shaam Lerein, who was brought up on Russian classical art and the cinema of Tarkovsky, composes and visualizes their dark materials, cementing »Sticka En Kniv I Världen« as an utterly unique take on bat-winged heavy rock. 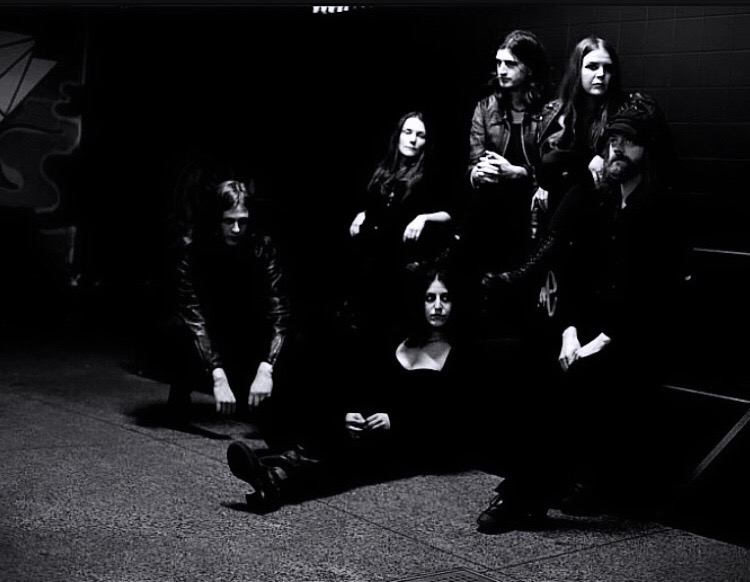 Shaam’s background in the theatrical arts and her Syrian roots shine through in the dramatic structures and middle eastern scales her melodies incorporate, all driven by a powerful female voice that commands and charms in deadly measure. Conducting her band of Swedish vamps like a montage of Siouxsie Sioux and Lisa Gerard meeting in a Murnau horror, Shaam Larein casts a spell both occult and hypnotic.

Carrying a haulage of blackened heavy metal doom in its gothic post-punk drive, »Sticka En Kniv I Världen« does what it says on the tin, providing a stab of something unearthly but also hyper-real with songs like »I Have No Face« as a stark eye-meeting stare of emotion.

Shaam describes »I Have No Face« as: “dying inside and out, a glimpse of hope but not strong enough to last. When you have no face, you are blind on the outside but not on the inside, and that face is trying to survive, holding on to a big desire, because that desire is the hope of surviving.”

Where desperate urges meet cries for survival and a vital force, Shaam Larein is, as she says, “between dream and reality,” beautifully controlled chaos. 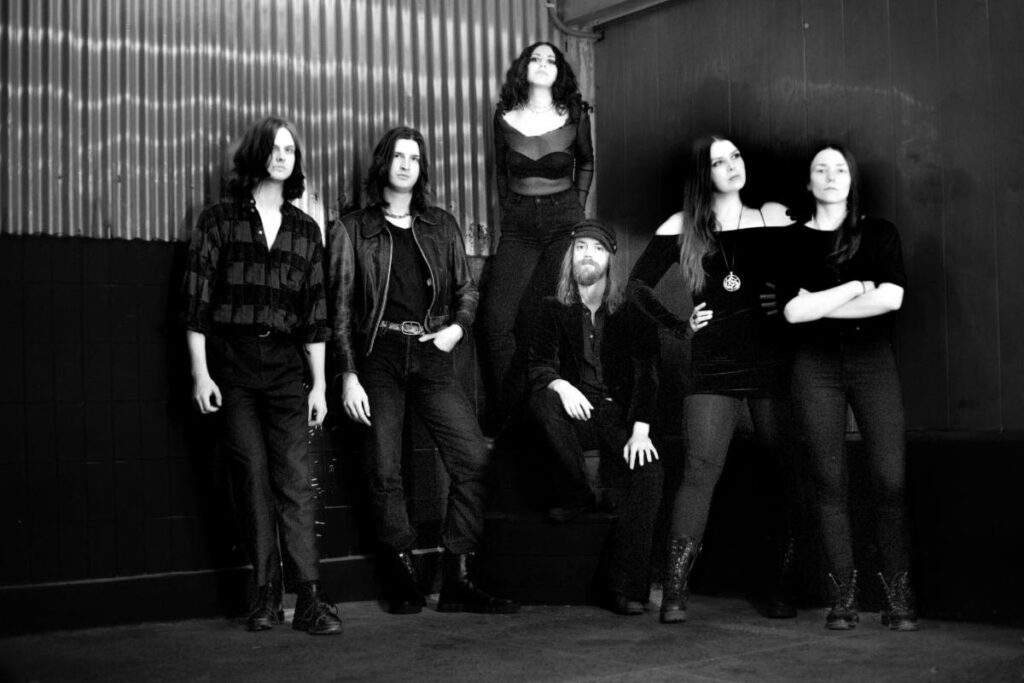 With a devout appreciation of the mystic powers inherent in heavy music, Shaam Larein will ignite memories of Swedish metal artists such as In Solitude, who swayed towards the eclectic and gothic atmospheres Shaam’s music touches on in their later days. With artist friends from back home in Uppsala, Pelle Åhman making the album cover and his brother Gottfrid Åhman, both of In Solitude fame, making four videos for Shaam Larein, the links weave closer, but it is to artists like Chelsea Wolfe, Ruth Rundle & Marissa Nadler that you can imagine fans drawing parallels and opening their heart to the enigmatic sound of »Sticka En Kniv I Världen«.

Shaam describes her music as “a touch of aggression mixed with passion” and »Sticka En Kniv I Världen« for her is about finding the light through a sea of darkness “accepting the melancholy and seeing the beauty of what lies underneath our mysterious sound”. For a world of heavy rock hungry for a new wave of something dark and mysterious, Shaam Larein has it all in unparalleled dosage, just waiting to be discovered.

»Sticka En Kniv I Världen« is released on December 9th by Svart Records.