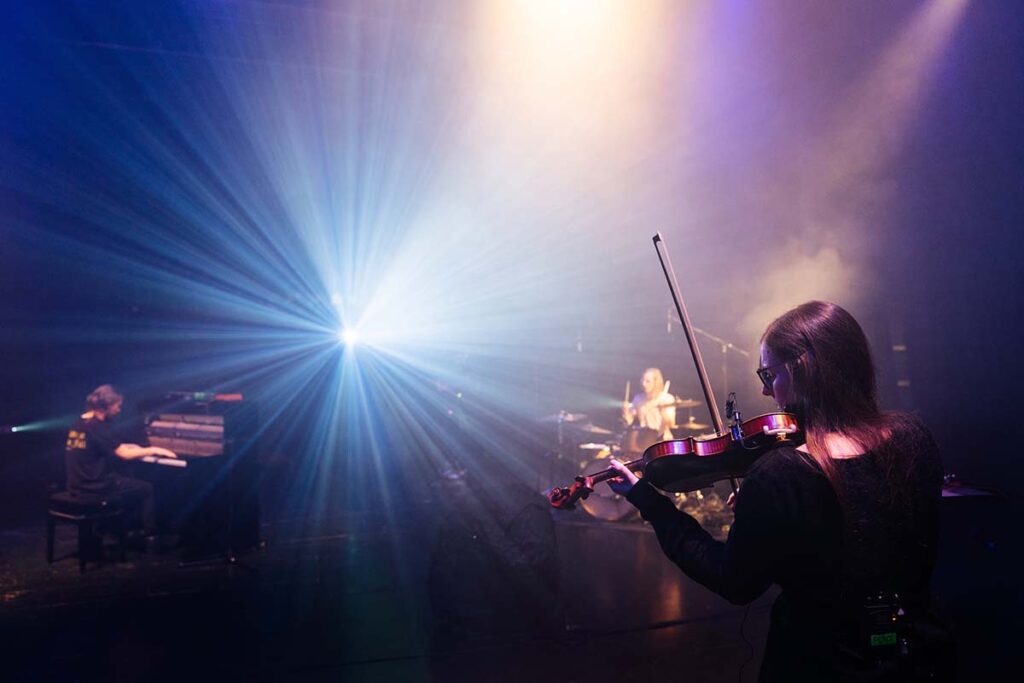 Shadow Universe comments: »Subtle Realms, Subtle Worlds« is out now! 💥📀
🎵 Listen on your favourite platform or get yourself a vinyl LP or a CD!
🌌 In this crazy, insane world, music feels like a sacred runaway to a different spacetime which gives us hope. We are more than thankful to be able to create and share it with you.
🙏 We would like to thank Ana Novak 🎻 and X.U.L 🎺 for joining us as guest and Kim from Monotreme Records for all the help!
📣 If you like our music please spread the word, tell a friend about it, send it to your local promoter or share it on socials. You can also let us know your thoughts about it in the comments.
Also we would like to thank everyone again, for all the feedback on our live stream!”

View the performance for a limited time at THIS LOCATION.

View Shadow Universe’s previously released videos for »Don’t Look At It And You’ll See It« video at THIS LOCATION, »Organism« HERE, and »Hymn For The Giants« HERE. 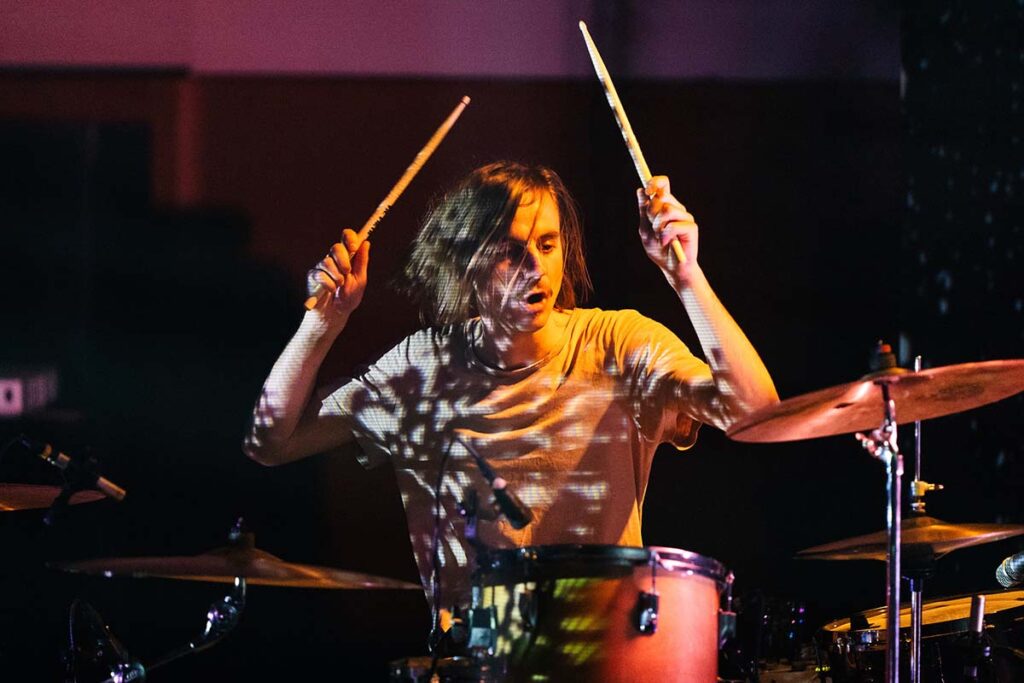 »Subtle Realms, Subtle Worlds« was produced, recorded, mixed and mastered by Peter Dimnik. The album will be released on CD and digital formats as well as limited edition vinyl (on Black, Cream/Black Galaxy effect, and Cream With Blue Splatter vinyl). 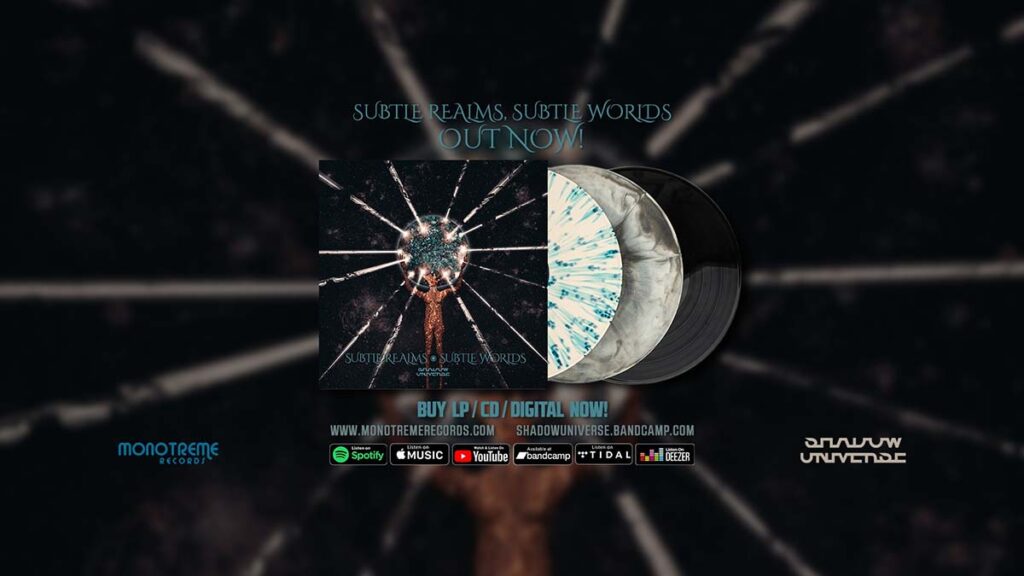