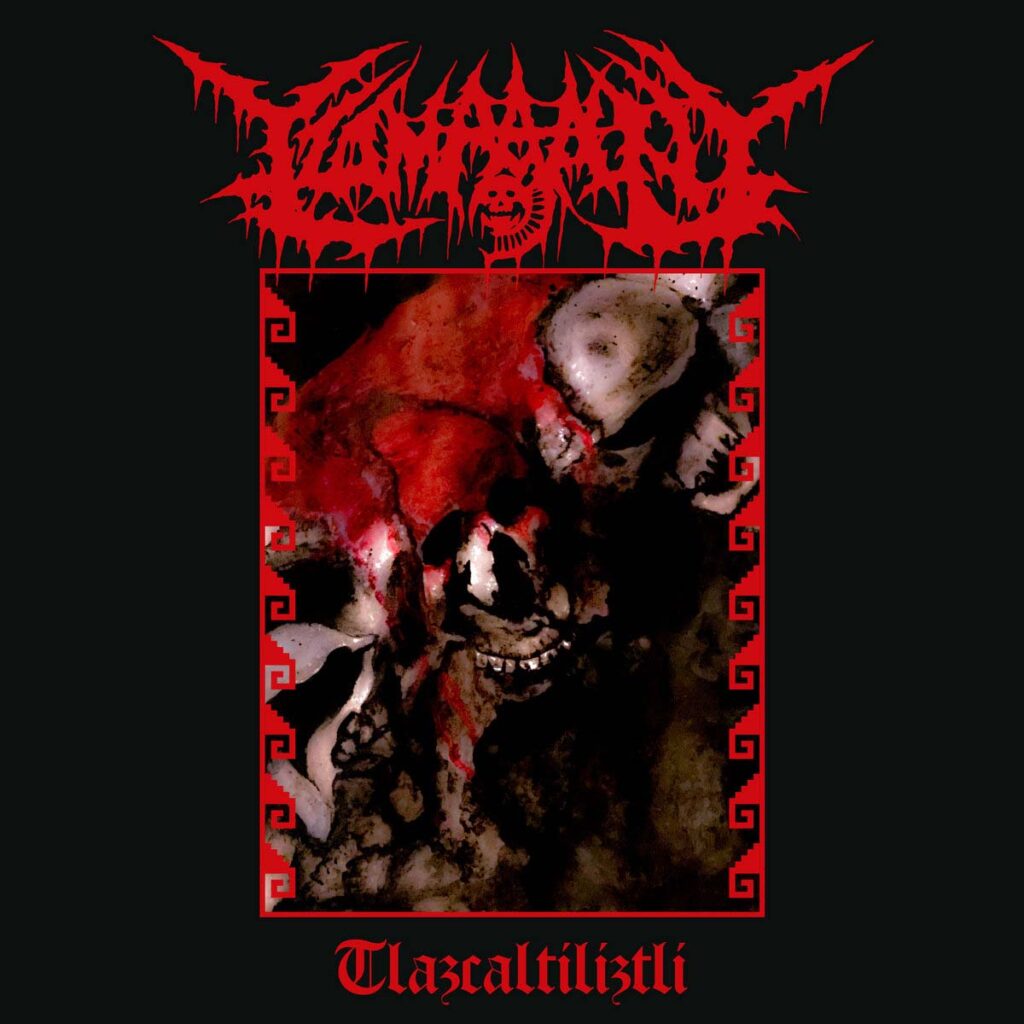 Listen to the lead single »Tlatzintilli« below!

A Tzompantli, in bygone days, was a rack used to display human skulls, often of enemies or sacrifices, in several Mesoamerican civilizations. In 2022, Tzompantli is a beyond crushing death/doom war march built on a bedrock of native/indigenous themes, rituals, and history, illuminating the splendor, brutality, and despair within.

Nearly three years after the band’s well-received, self-released EP, Tzompantli’s debut full-length presents the first smoke-conjured specter to manifest materially. »Tlazcaltiliztli«, a ritual ceremony that translates to “nourishing the fire and sun with blood,” is imbued with the spirit of native inspiration that dwells deep within the heart and soul of the project and is skillfully weaved into a traditional bludgeoning framework of spine-severing savagery and melancholic anguish. On the ritualistic »Eltequi« (to cut the chest open and extract the heart as an offering”), the band’s unification of native/folk instrumentation and heaviness becomes one in the same, opening vast new horizons for where this sound can go.

Tzompantli’s main member Huey Itztekwanotl o))), who is responsible for all music and lyrics for the band, is also known for playing with Pomona’s brutal hardcore merchants Xibalba. »Tlazcaltiliztli« is dedicated, and an offering, to the indigenous peoples, nations, and tribes of the North, South, East, and West of the American continents. It marks a fearsome and spirited new vision for the death metal underground. 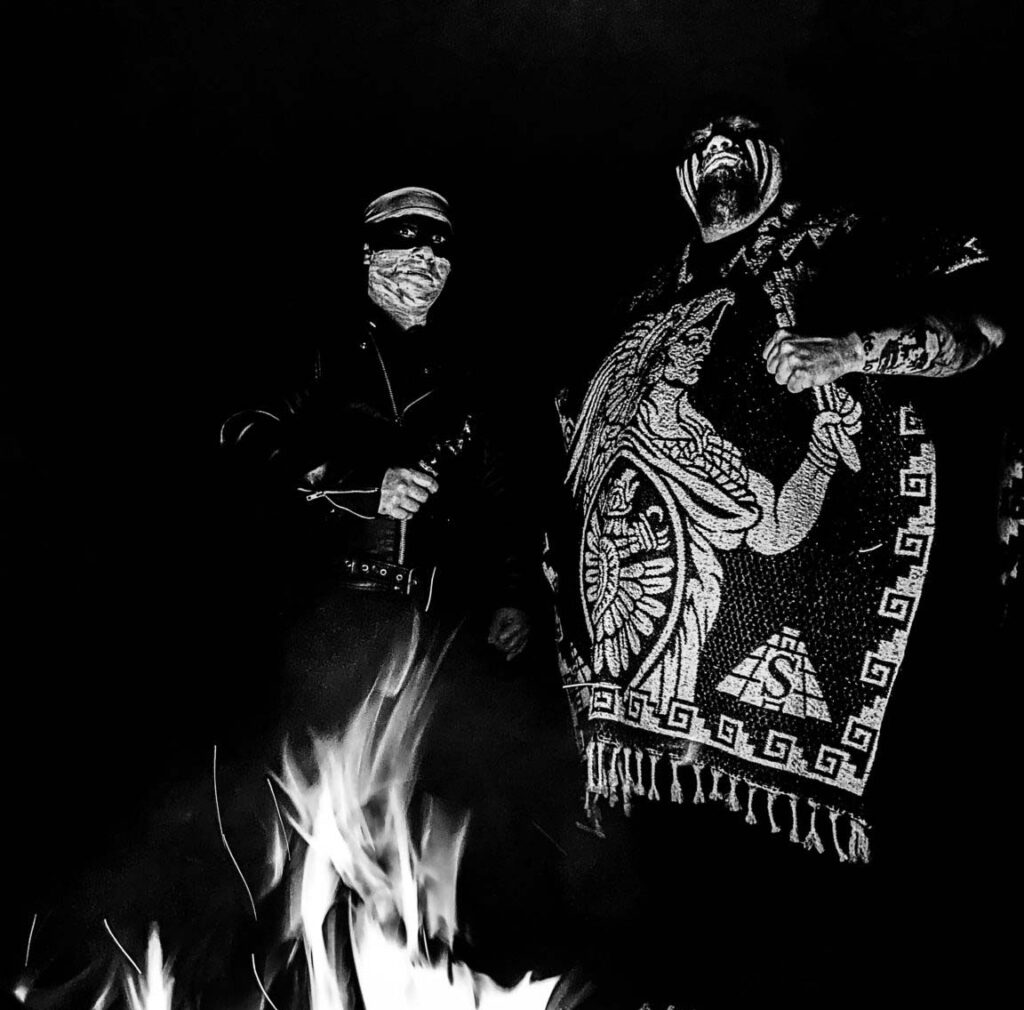 Those who regularly spin the works of Coffins, Solothus, Vastum, Spectral Voice, Evoken, Disembowlment, Morbid Angel, Hooded Menace, Hellhammer, Grave, Paradise Lost, and the like should not pass Tzompantli by.

The lead single from Tzompantli’s »Tlazcaltiliztli«, the LP’s second track »Tlatzintilli«, is streaming on all digital platforms including Bandcamp HERE and YouTube HERE.

20 Buck Spin will issue »Tlazcaltiliztli« on CD, cassette, and all digital platforms on May 6th, with the LP version to see release June 17th. Find digital pre-orders at Bandcamp HERE and watch for physical pre-orders soon.