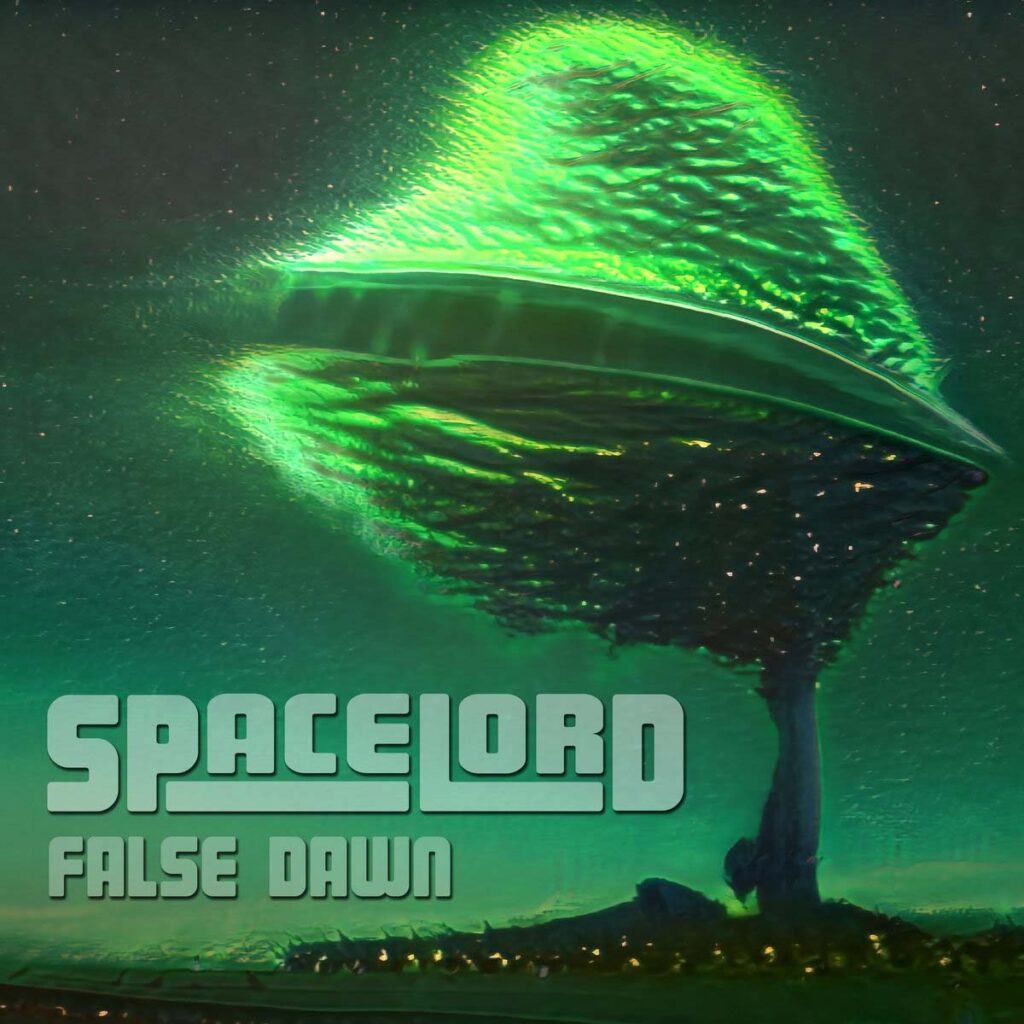 »False Dawn« is available now on all digital streaming platforms.

All songs writen by Root/Grabianowski.
Recorded in and around Buffalo, NY 2019-2021.
Produced and engineered by Rich Root.

Spacelord is a two-headed beast from Buffalo, NY, a cosmic blast of stoner rock, an unholy union of riffs and hooks, the mutant offspring of the 70s and the 90s.

In anticipation of their third album »False Dawn«, stoner doom psychedelic heavy rockers Spacelord already released two singles in 2021. The first was »Midnight Shadow«, paired with a cover of »Spanish Castle Magic« by Jimi Hendrix, while the second single »Enemy Lines« is available with a Led Zeppelin cover »Out On The Tiles« on the flip side.