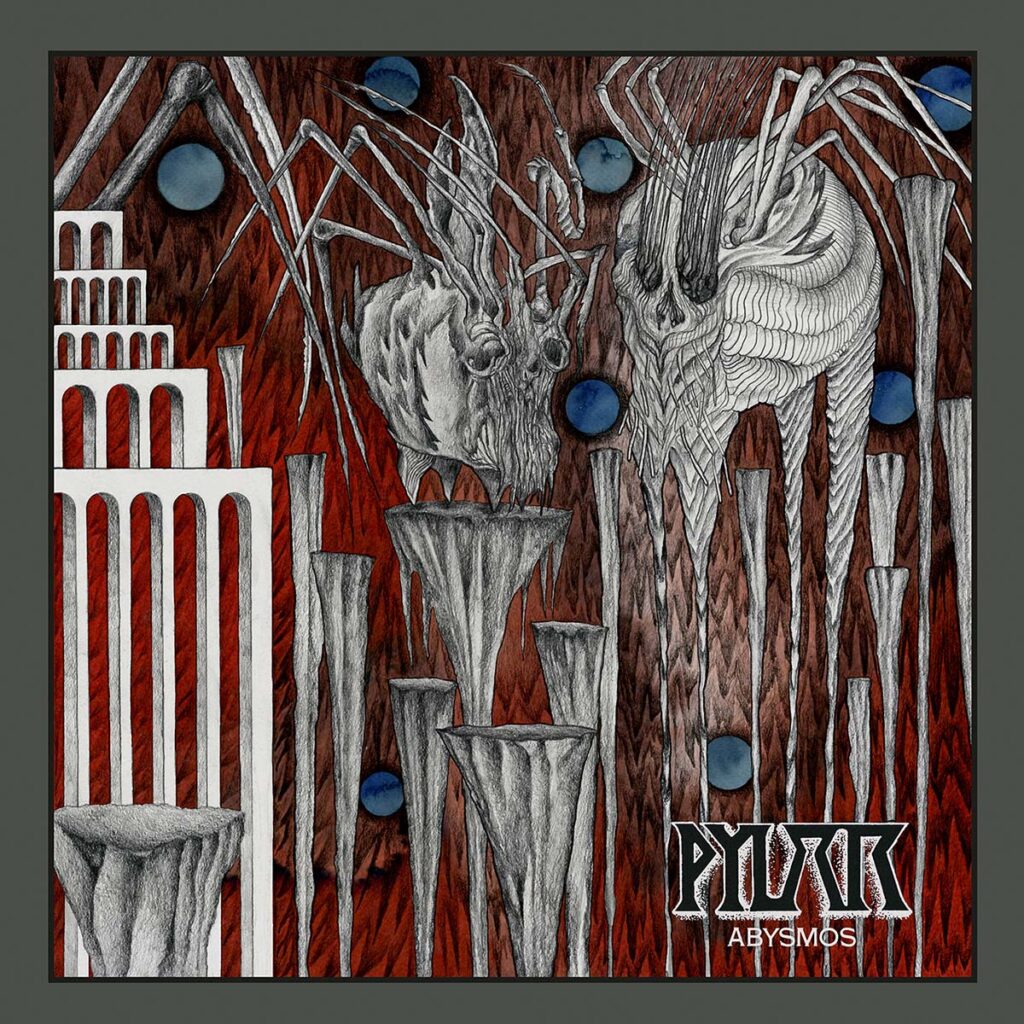 Watch a teaser video for »Abysmos« below!

Pylar is made up of several hyerophants, shamans, and druids. It is thought that there are members of the mighty Orthodox and the magnificent Blooming Látigo among them. Together the band’s participants fuse song, dance, and invocations, their every hymn a vibrational ceremony of sorts with the objective of awakening tellurian forces which have been lying dormant since the Ancient Times.

»Abysmos« is the second part of an album trilogy, which began with 2019’s critically lauded »Horror Cósmyco«. Delivering four suffocating psalms that vacate into the unknown and explore the unfathomable, Pylar seeks to stun through sonic uncertainty, increasing tension by twisting the primordial symbols of “metal”. Through a fantastically dense texture that surrounds the instrumental core, Pylar causes disorientation in its listeners by superimposing elements of the style of Blut Aus Nord, Aevangelist, Swans, and Oranssi Pazuzu. The resulting atmosphere is a metal with an omnipresent but elusive sound, with vague to ungraspable dimensions, that confounds and hypnotizes. Guitar and bass unleash hidden forces coupled with mountains of drums and chthonic percussions; legions of inter-dimensional horns and violins form the shapeless mass above as abyssal voices sing in forgotten alphabets reciting fragments of forbidden books that cause the loss of reason. 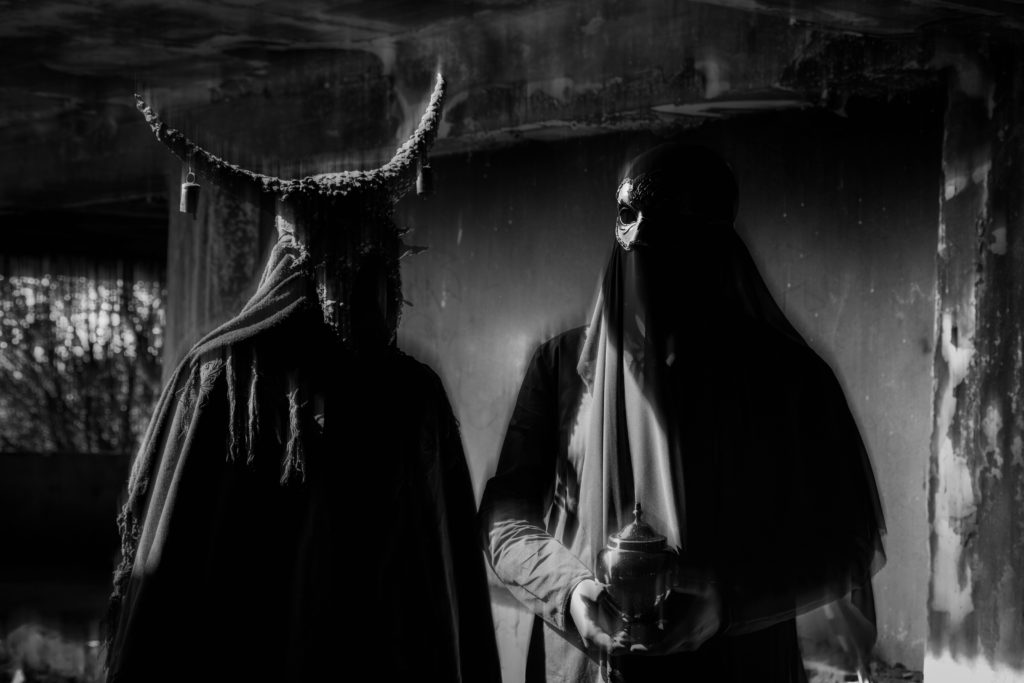 Photo by Ana Ca. Or

To translate what the Abyss sounds like, Pylar has once again collaborated with Francisco Jota-Pérez (expert in hyperstition, occultural philosophy, and experimental narrator) whose texts add to the whole an impenetrable wall of abyssal significance.

»Abysmos« will be released on CD and digitally. Find pre-orders and merch at THIS LOCATION.