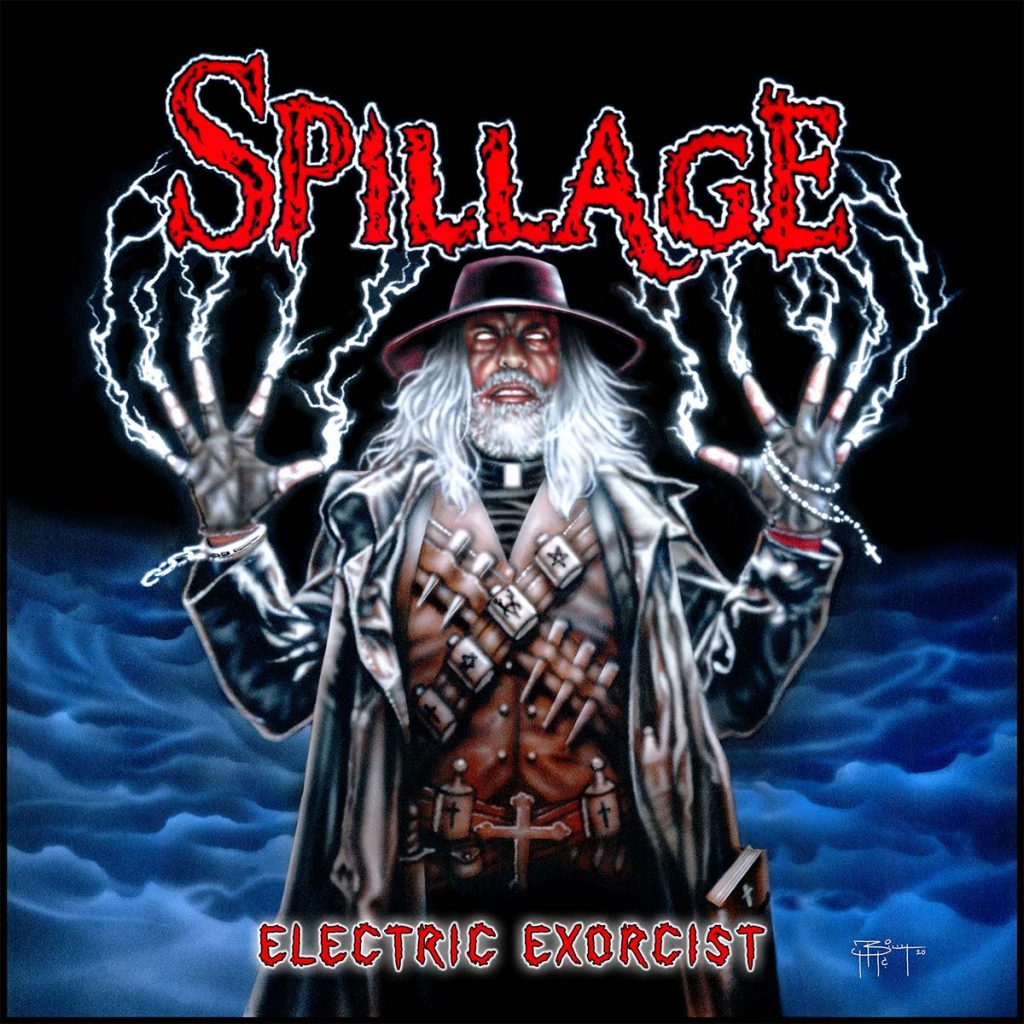 Chicago, Illinois based heavy/doom metal act Spillage led by former Earthen Grave guitarist Tony Spillman unleash a lyric video for the new single »Book Of Secrets« taken from the upcoming album, »Electric Exorcist«, which will be released on October 29th, 2021 via Qumran Records / No Dust Records.

Spillage started as the vision of guitarist Tony Spillman. In fact, it was the mid 90’s when Chris hooked up with Tony in a band called Epitaph as a fill-in drummer for them. Then later, when Chris contacted Tony about the open drum chair in Earthen Grave, they discussed it and Tony asked Chris to join the Spillage project.

The original lineup of Spillage included Lothar Keller on vocals, (Bruce Franklin guest guitarist) and Willie Max on bass, along with Tony, Nick Bozidarevic, Paul Rau and Chris Martins. After the release of their first album in 2015, Lothar and Willie left Spillage to pursue other musical endeavors. It was at this time, Spillage brought in Billy McGuffey as their new bassist and backup vocalist. 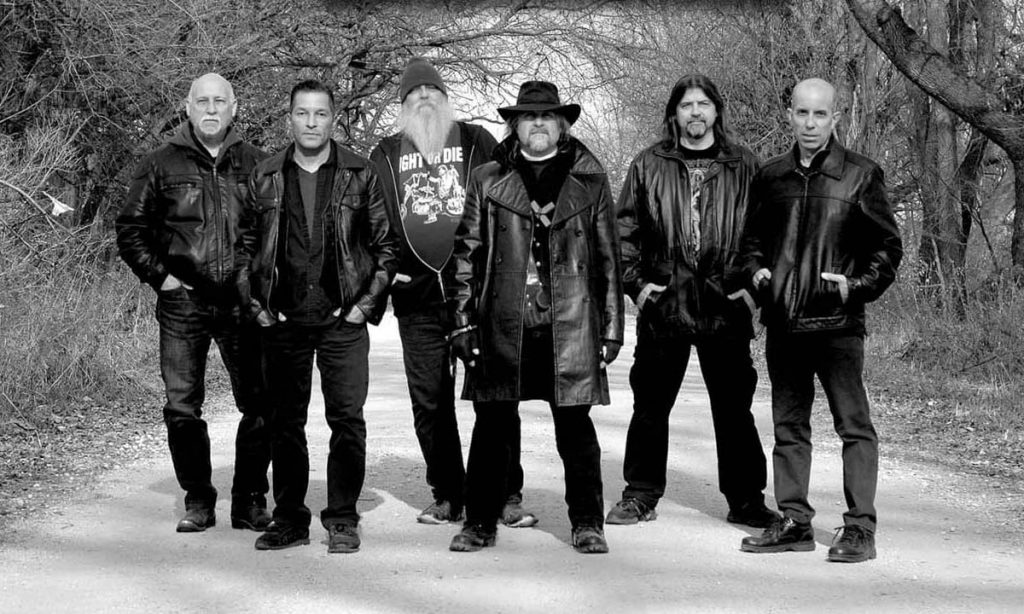 As a point of interest, the members of Spillage have known each other on and off for nearly 40 years, growing up in the suburbs of Chicago, IL.

It wasn’t until Spillage was scheduled to play the Maryland Doomfest in 2016 that they met with singer Elvin Rodriguez, who was able to learn their songs in a very short amount of time and essentially performed his “live audition” at that festival. Needless to say, he got the gig. The group shares a passion for their own unique sound, allowing each member brings their musical contribution to the band! Most listeners will agree: over the years their efforts surpass that of the previous.