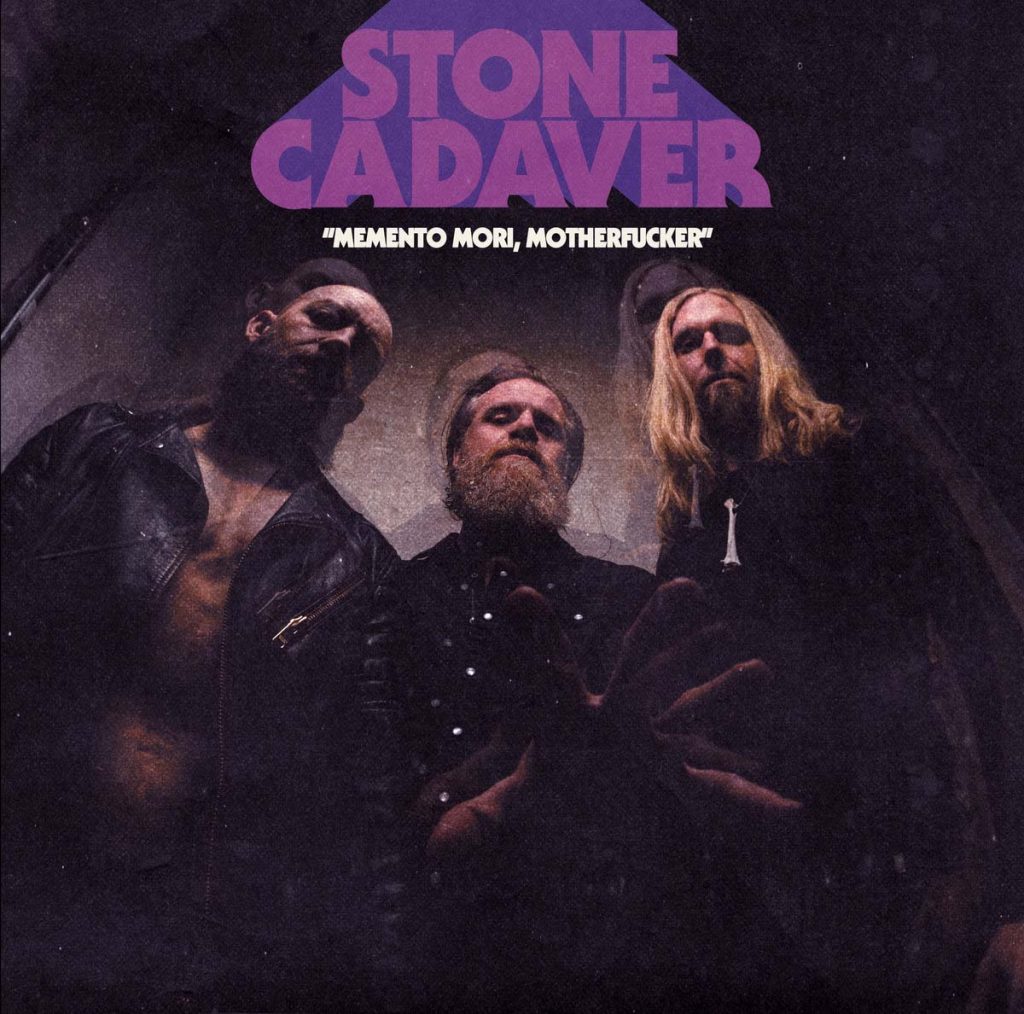 Says the band: “The fuckin’ album is out! Give it a few thousand spins on your preferred streaming platform or, if you are so inclined, order a physical copy through Gateway: HERE.
Enjoy it and we’ll see you on the road!”

Stone Cadaver is a three-piece stoner metal band hailing from the cold wastes of Aarhus, Denmark. Formed in 2014 by a bunch of guys with a lust for kicking ass, Stone Cadaver is the equivalent of a cannon laying down a barrage of dirty, 70s inspired riffs and crushing slow paced grooves on the bleeding ears of the listener.

Picture three guys in denim vests fusing the likes of Pentagram, Deep Purple, Black Sabbath and Electric Wizard in their heavy riffing and you have a pretty good idea of what Stone Cadaver is all about.

Stone Cadaver was formed in 2014 in Denmark by Anders Bech Nielsen (guitar and vocals), Jesper Hauptmann (drums) and Andreas Cadaver (bass). Originally, the boys were part of a five-piece act named Chosen Legacy, a band wholly devoted to playing covers of songs by such class acts as Slayer, Pantera, Iron Maiden and Cannibal Corpse. Eventually, all involved parties got fed up with playing covers and Chosen Legacy was laid to rest. 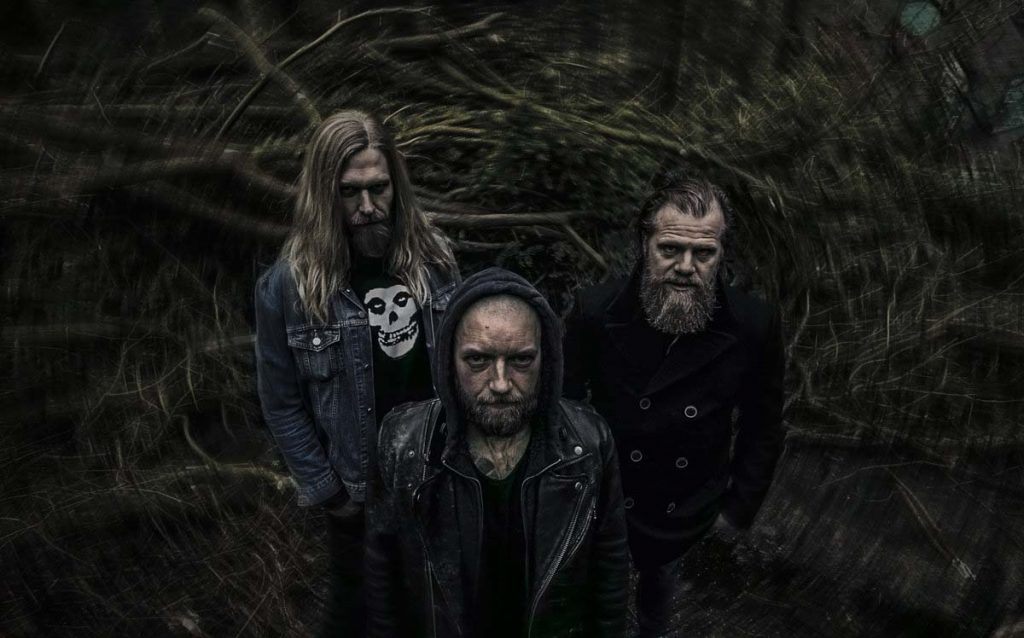 However, Anders, Jesper and Andreas started writing their own material. As it turned out, all three harbored a secret desire to play dirty stoner metal and, slowly, things started evolving, culminating with the release of the band’s first full-length album, »Reject Remove Replace«, in 2017.

In 2020, the band recorded their second album, »Memento Mori, Motherfucker«. A heavier, doomier and more progressive effort, MMM was produced, mixed and mastered by legendary Danish producer Tue Madsen (Meshuggah, Sick Of It All, The Haunted etc.) at his studio.