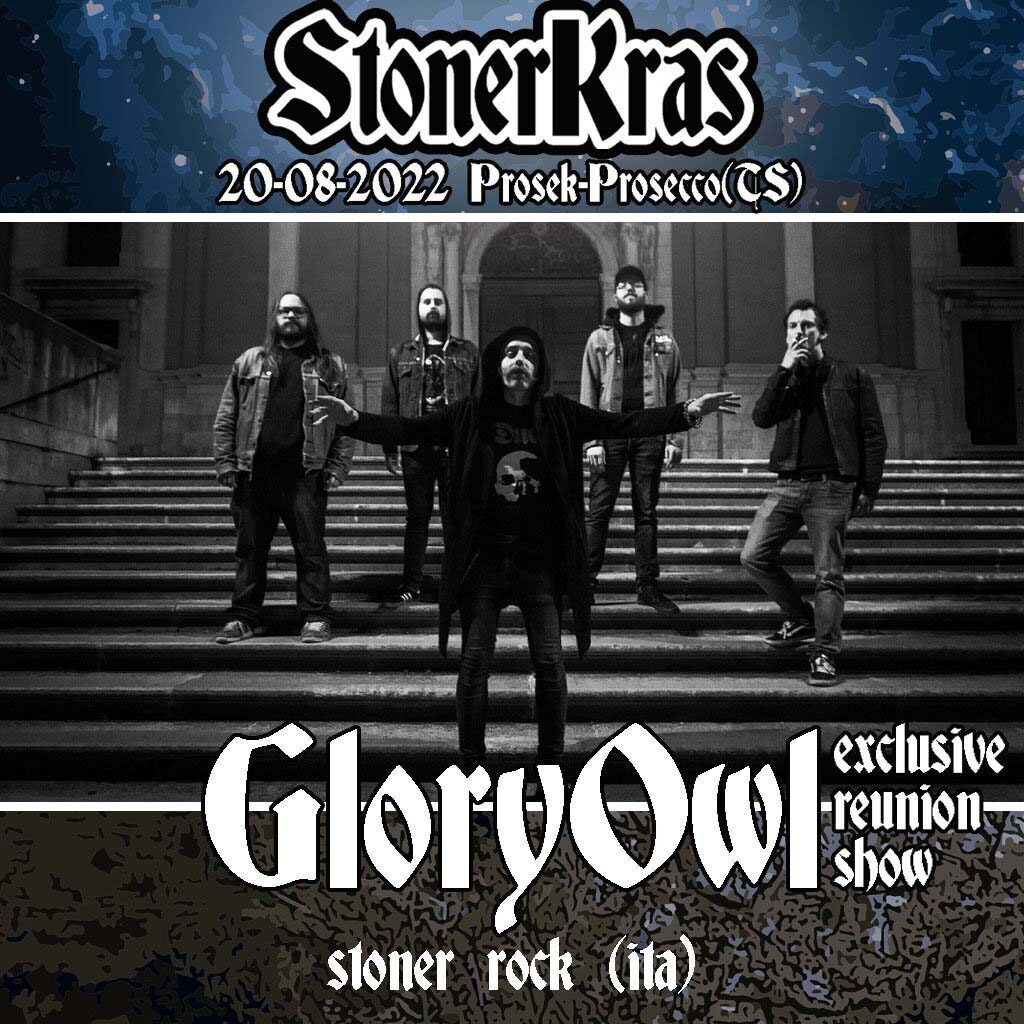 Rocket Panda Management and Mladinski Krožek Prosek-Kontovel have announced the last band for the upcoming StonerKras Fest, which will take place on August 20th, 2022 at “B’lanc” – an event space behind the Kulturni dom in Prosek-Prosecco (Trieste), Italy.

Do you like distorted guitars and Black Sabbath? Do feel nostalgic for football from the 80’s? Well then Glory Owl is the band you’re looking for!

Your nostalgia for much simpler times will be triggered, when a players’ prowess was measured on the length of their moustache or on how many cigarettes they smoked on a bench.

Or even better times, when beer was a currency and sweaty armpits were the latest fashion in former Yugoslavian’s underground clubs.

StonerKras is a psychedelic music gathering based on stoner, doom and heavy psych music. The festival will have an international footprint but with the aim of enhancing the local heavy scene (both Slovenian and Italian) while attracting spectators from the region but also from neighboring countries. Youth aggregation and cultural exchange accompanied by good music.

StonerKras Fest will start in the early afternoon. Drinks and food will be provided at the venue, as well as market stands by various exhibitors.

Tickets at the door: 20€
Grab yours by sending an email to: info@rocketpandamanagement.com 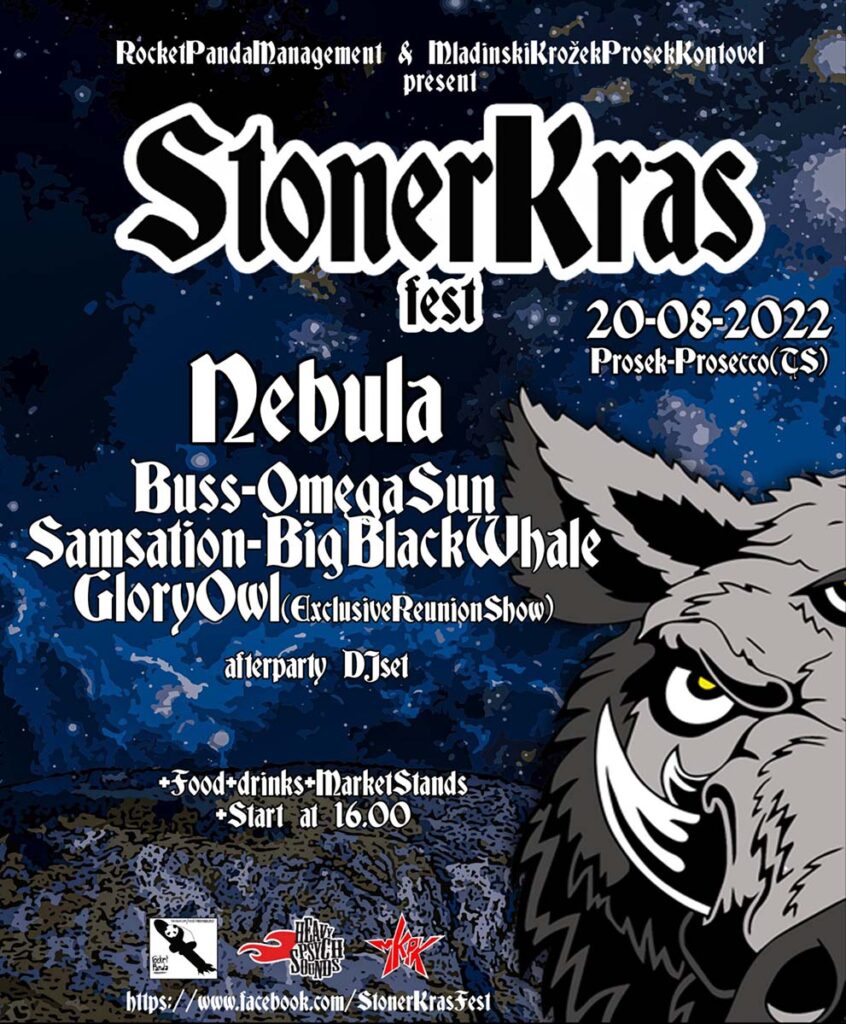 In 2017 the band decided to reissue three of their crucial early works via Heavy Psych Sounds Records: 1998’s »Let It Burn«, 1999’s »To The Center« and 2002’s »Dos EPs« (which includes the material originally released on 1999’s »Sun Creature« and the Nebula/Lowrider split). In the summer of 2020, after 13 years Nebula returned with not only a new lineup but also their long-awaited new full-length »Holy Shit«, which was acclaimed as a “massive return to form” by Metal Hammer.

The mighty trio is now ready to unleash their new album »Transmissions From Mothership Earth« in July 2022 through their home stable Heavy Psych Sounds Records.

BUSS are a heavy rock trio from Trst/Trieste that offers fuzzy sounds matching with stoner riffs. Formed in high school and inspired by the underground scene from the 70’s and the 90’s. In 2020 they’ve recorded an EP and introduced themselfs to the public.

Slovenian stoner doomers Omega Sun started in 2013 as an instrumental duo and after a few rehearsals morphed into a proper four piece band with vocals. As of then Omega Sun played numerous gigs across Europe and USA, also sharing the stage with Unida, Yawning Man, Dopethrone, Kylesa, Pallbearer, Stoner Kebab, etc. After some turmoil in 2017 Omega Sun finally managed to release their debut full length album »Opium For The Masses« to warm critical acclaim. During the 2 year long global pandemic the band managed to record their sophomore album which should be out any time soon.

Samsation is a band made of three brothers and a cousin, made and mantained between the Slovenian countryside and Trieste. The young band was formed 2 years ago in the family canteen. United by the love for the 70’s rock music, they share their psychedelic ideas with artists such as The Doors, Deep Purple etc.

Big Black Whale are a four headed hydra spitting volcanic riffs! Choose the name of the beast: stoner, doom or whatever could match with heavy. A poker of rockers from Trieste (Italy), old friends devoted to the sacred fire of fuzz. After the »Caligo« EP in 2019, they are currently working on new riffs …