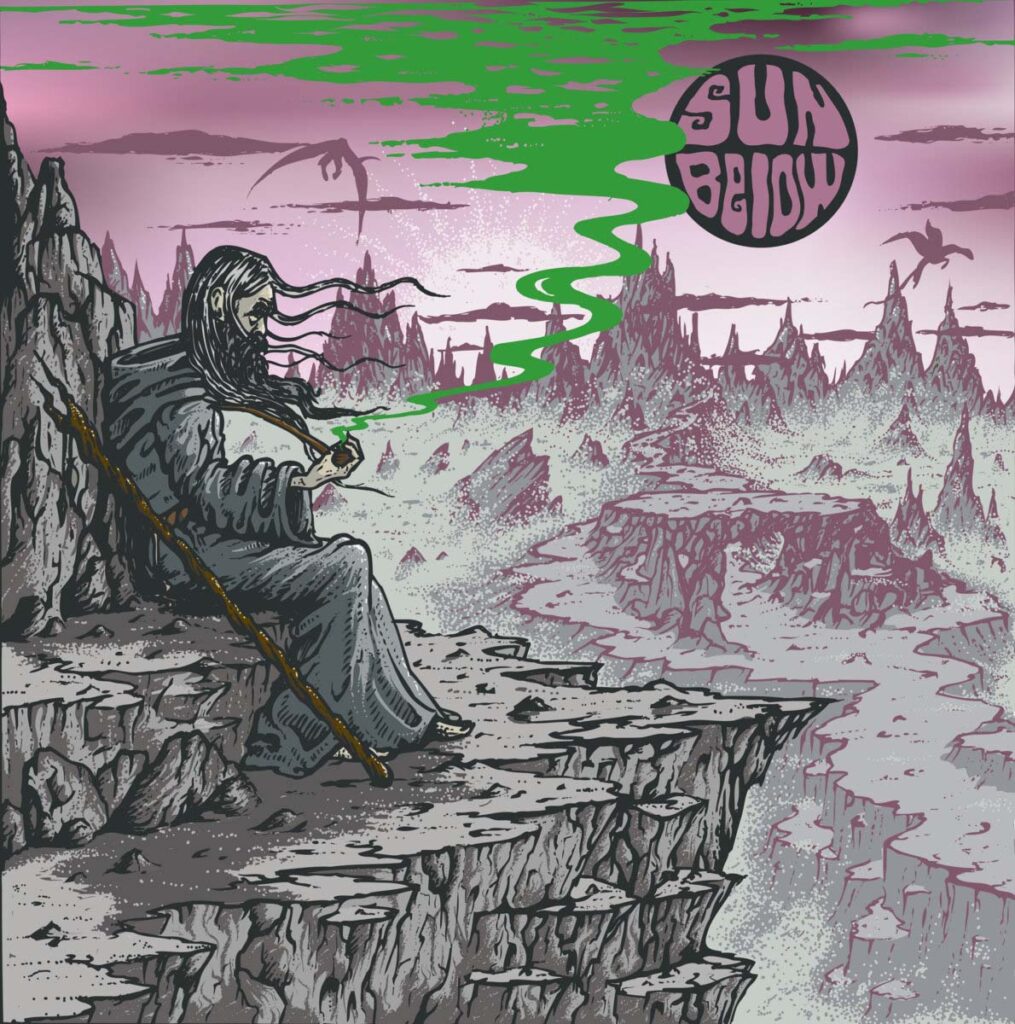 The band comments: “We got a Friday news blast of fuzzy soundscapes for y’all – our self-titled full-length album drops everywhere on Friday, November 19! The opening track »Chronwall Neanderthal« is live now on Bandcamp, where you can pre-order the album!”

Written, performed and produced by Sun Below.
Recorded at Rival Sound Studios in December 2020.
Engineered by Farmer Jesse.
Mixed and mastered by Will Adams.
Artwork by Adam C Design and Illustration.

Sun Below has a new release coming out, a self-titled, full-length concept recording that follows a figure, the Holy Drifter, on his journey through visions and across time.

The album clocks in at over an hour spread across nine tracks, the first single being the introductory track »Chronwall Neanderthal«. The song title came about while heading to a gig and passing Cornwall. The band started spitballing titles for a song that would debut that night, and Cornwall became Chronwall which would eventually become the mountain range depicted on the album cover. As the opening track, it is the most direct and hard-hitting song on the album and it sets the tone for the remainder of the album. Sun Below explains the concept behind this part of the album’s story:

“»Chronwall Neanderthal« was one of the first new tracks written for the album and was the last new song we had an opportunity to experiment with live before the pandemic shutdown. It is a more raw and direct track than many of our longer slow-burning jams, but still maintains the groove and feel present within our signature sativa rock sound. The song explores the origin of the sacred strain of ancient herb that becomes a focal point of the story later in the album, and how the Neanderthals of the distant past harvested it to their advantage against rival tribes. The intensity of the music demanded a more aggressive vocal delivery than used in the past, resulting in a pulse-pounding album opener.”

The lyrical subject serves as almost a prelude to the rest of the album, as it takes place in the distant past and plants the seeds for the future. The track contains a more aggressive vocal delivery than usual, which was born out of the need to match the driving intensity of the music. 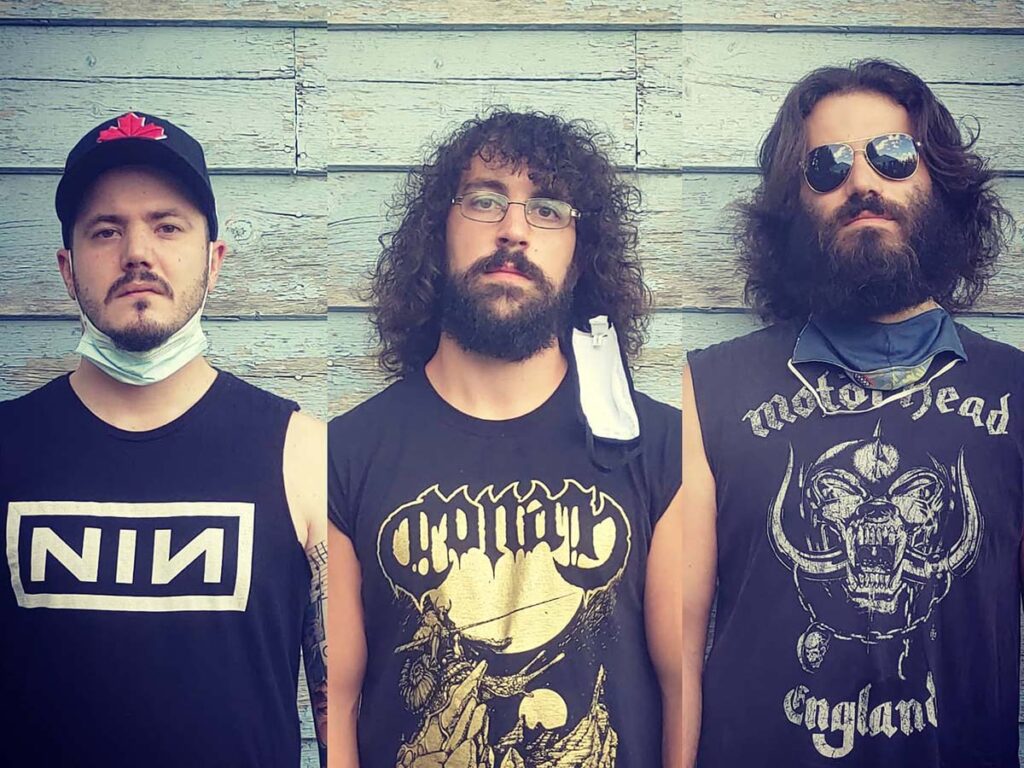 Sun Below is a heavy stoner/doom power trio from Toronto. Playing a signature brand of self-described Sativa rock, a combination of fuzz, volume, and heavy grooves, Sun Below seeks to spread their infectious, rollicking sound to the masses.

Starting as a humble seedling in 2018, the trio formed with a desire to create heavy rock with stoner/doom elements in a groovy Sabbath style, and through constant improvisation, the material is grown organically first with the music and then with the lyrics.

Engaging, extended tracks compiled with a crushing amount of volume touch on topics including cannabis, the occult, Lovecraft, unexplained occurrences, the infiniteness of space and the Holy Drifter. Even at length, each track is an exceptional sonic journey through space and time. Inviting their listeners to get into the groove and the headspace of the music, Sun Below is the perfect combination of a mellow trip with an energetic Sativa boost.

The trio of Jason Craig (guitars/vocals), Garrison Thordarson (bass/backing vocals) and Will Adams (drums/backing vocals) specialize in loose, long burning jams that worship at the altar of tone, riffs, and smoke, but also brim with raw bombastic heavy metal rock to keep the energy up high. Smoke up, tune down, play loud, burnout.

Still relatively new, but reaching towards the light and maturation, Sun Below have been hard at work sharing the stage with the likes of Black Mastiff and Chron Goblin; releasing three EPs: »Black Volume EP« (2018); »Black Volume EP II« (2019); »Black Volume EP III« (2019) and a music video into the haze. With a new stoner sun set to rise in 2021, the power trio will release their first full-length debut on November 19th to keep the fuzzy momentum going.