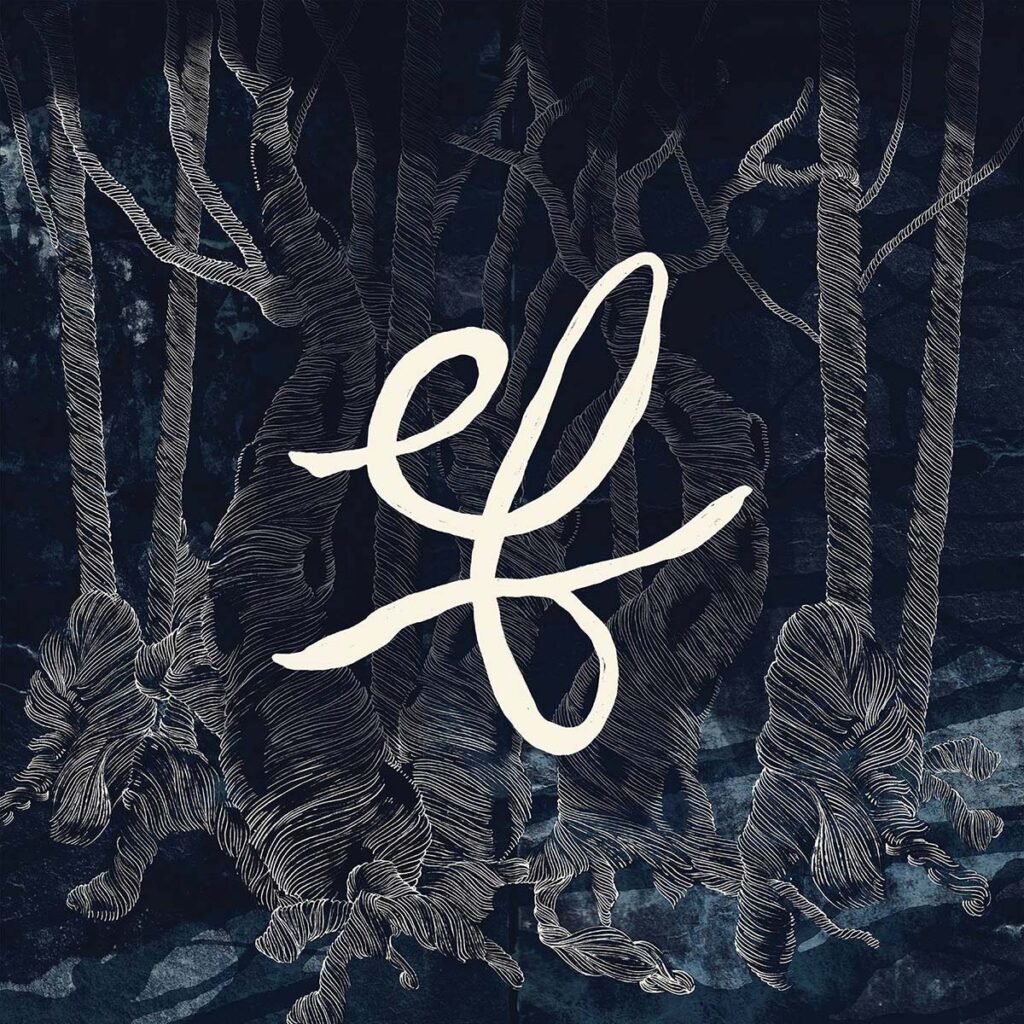 Gothenburg, Sweden based cinematic post-rock ensemble EF share new single and music video »Moments Of Momentum« taken from their upcoming album, »We Salute You, You and You!«, out on November 4th, 2022 via Pelagic Records.

After five years of radio silence Sweden’s most accomplished cinematic post-rock ensemble EF return with a stunning comeback studio album which channels the band’s raw emotion and aptitude for melancholia, capturing their signature sound in unprecedented clarity and richness. »We Salute You, You and You!« is the picture capturing a thousand words, like the frst light of day falling on your face or the exuberant smile of a young lover… it is the dance of eternity in the single moment: a warm “welcome back!” for long-time fans and a resounding “nice to meet you!” for those who yet have to get to know the great four-piece from Gothenburg.

For over 20 years EF have been bridging the divide between the sublime and the fragile with magistral compositions characterised by moments of emotional catharsis and marked human frailty. Combining the indie rock mannerisms of Explosions In The Sky with the hardcore attitude of Mogwai and the orchestral approach of Godspeed You! Black Emperor, EF capture the magic of post-rock around the turn of the millennium, when the genre was still young and freshly exciting.

Their 2006 debut album »Give Me Beauty… Or Give Me Death!« is an underrated post-rock classic that marked the start of a storied career with many seminal studio albums ahead of them. However after 15 years that fabled career seemed to come to an end as: after one last performance at Pelagic Fest in Berlin in 2018, the members of EF became quiet and little was heard of them since. 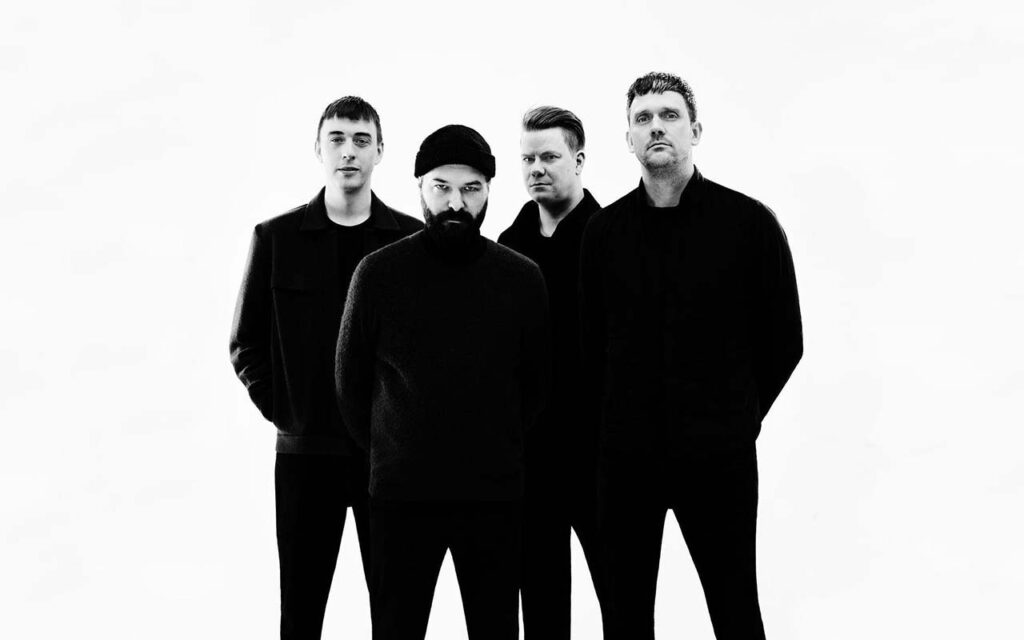 Life struck the band. “Someone bought a house, someone was struck by illness and was hospitalised, someone started a successful business, and many of us started families,” explains drummer Niklas Åström. In the end it was the boredom of the pandemic that kickstarted the creativity of EF as the members reunited and started sharing their ideas which were full of potential. “When the band entered the Nacksving studio there was only scraps and pieces of tracks on various digital media”, continues Åström. “Someone had a shitty noisy rock recording in his phone, someone had written an ambient piano piece in Logic, and some stuf existed only in the minds of the members.” Over the course of one whole year the band came together with producer Kim Ruiz in a chaotic writing and recording process, piecing together seven stirring compositions from the turbulent heart of the band.

Mastered by Magnus Lindberg, »We Salute You, You and You!« is a veritable celebration of the grandeur of post rock. From the giant ringing piano intro of album opener »Moments Of Momentum« to the massive syncopated bass lines of »Wolves, Obey!« all the way to the enchantingly beautiful lone horn break on »Apricity« and the intricate union of horn section, strings and band in the climactic build-up of »Chambers«. Sprinkled throughout the record are countless instances of these little grand moments and gestures. EF have opened their treasure trove to show what’s still in it, and it is full of riches. 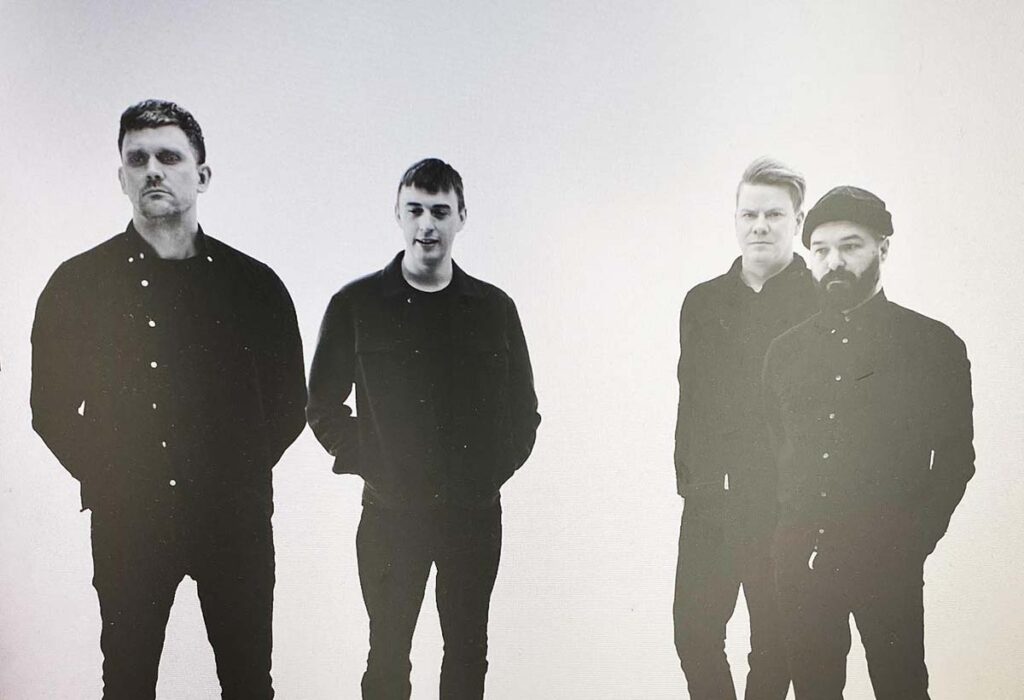 But »We Salute You, You and You!« is not just induging in past glory, it is also transcending the narrow realm of instrumental rock: almost all tracks on the album have vocals this time around, and even screamed vocals make a debut in EF’s discography here. “We’ve previously had pretty heavy aggressive parts in songs, but we’ve never screamed,” explains Åstrom once more. “With this album we’ve tried to be more direct, more consistent. Maybe take it back a few notches to rhyme better with our youth as hardcore musicians. The screaming just came naturally.”

EF have tremendously broadened their sonic palette with this album, while at the same time staying true to their charismatic formula of sound which we love them for. With a host of immediately memorable melodies and truly sublime compositions, the four from Gothenburg have once more delivered an overwhelming experience of glorious wistfulness and melancholia – an album which is right up there with the classics that have inspired them. 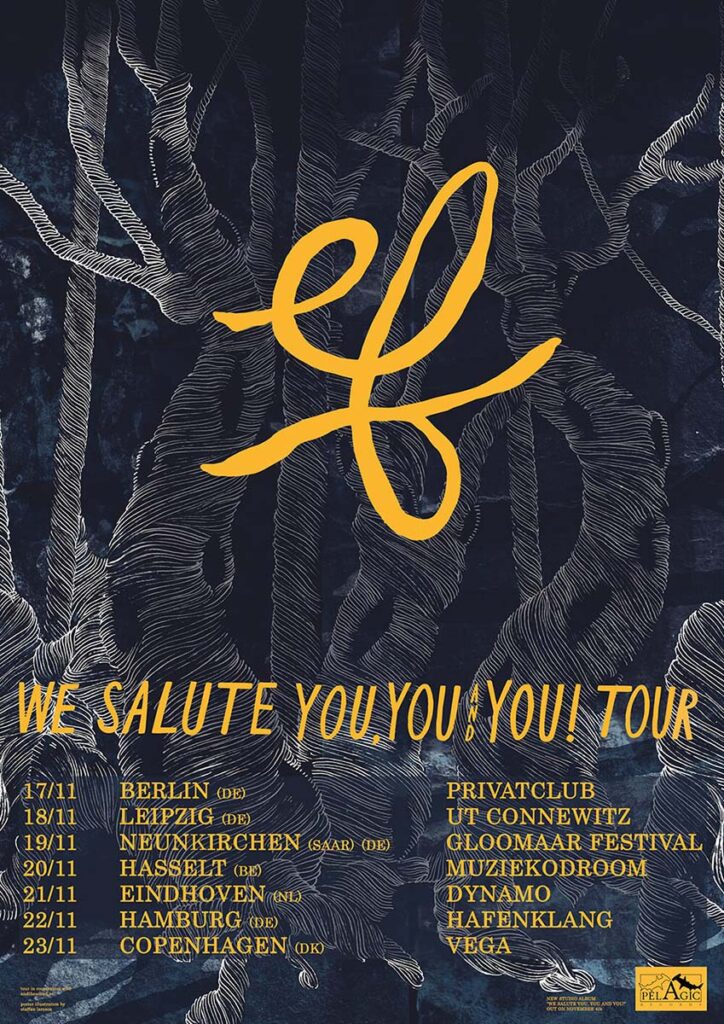