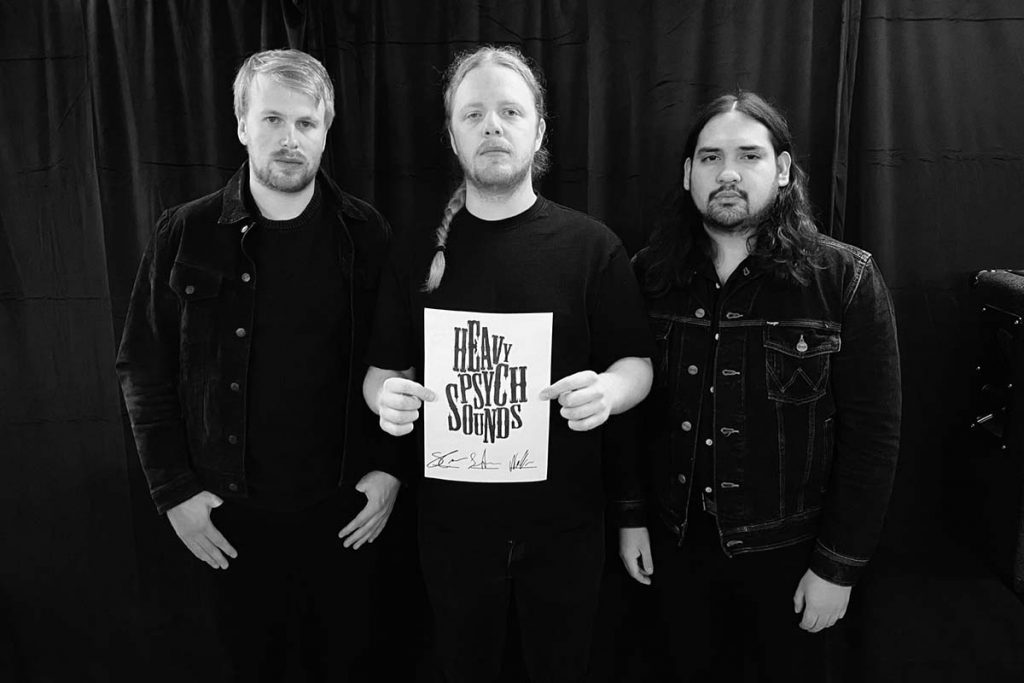 We are so stoked to announce that the swedish heavy doom band Hazemaze has signed a worldwide deal with Heavy Psych Sounds for the upcoming new album and the reissue of the first two releases!!!

Says the band: “We are beyond excited and honoured to announce that we have signed a worldwide deal with Heavy Psych Sounds Records for the release of our third full length LP.

Since we started playing together back in 2016, we have always been huge admirers of HPS dedication and their amazing contributions to the heavy underground scene. It’s truly humbling to become a part of the HPS family.

2022 will be the beginning of a new era. Join the unholy sabbath.”

Hazemaze is a three piece doomrock band from Strängnäs, Sweden. They formed in the spring of 2016 and started out as a garage rock-band, but their shared admiration for legends such as Black Sabbath, Pentagram, and Cathedral soon set them on a very different path.

As the band matured through the years, the riffs have gradually gotten heavier, the themes darker, and the doom more sinister.

Now, with two critically acclaimed albums under their belt, they are back to join forces with Heavy Psych Sounds Records for the release of their most multifaceted and pulverizing heavy full-length album to date, out in early 2022.