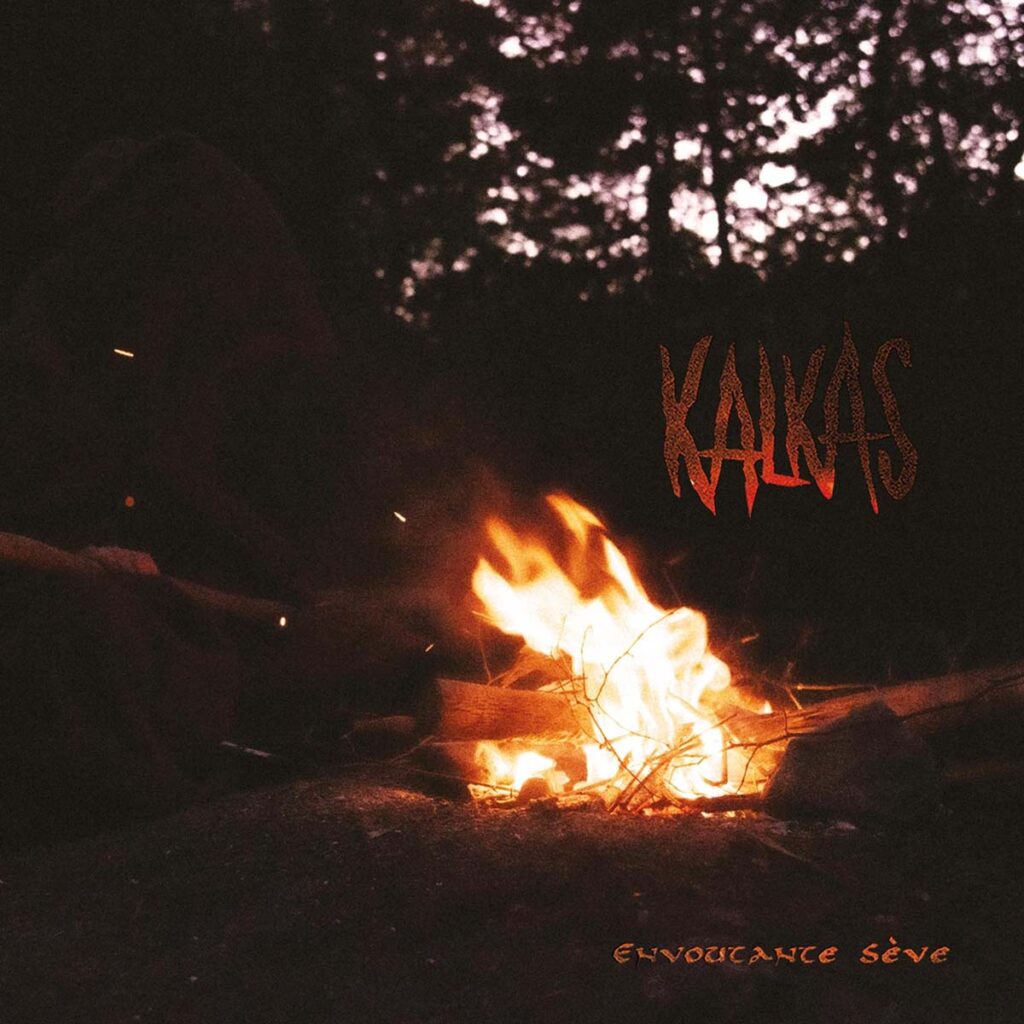 Naturalistic post-doom – including stoner and psych-rock elements – trio from Lausane and emerging from the amazing Swiss scene in 2019, Kalkas is about to release its debut full-length album called »Envoûtante sève« and planned on LP/Digital on April 8th through Table Basse Records.

In the meantime, the band just premiered a first glance from this forthcoming album with the official music video of »Au milieu du feu, il est leur guide« available right now on YouTube. 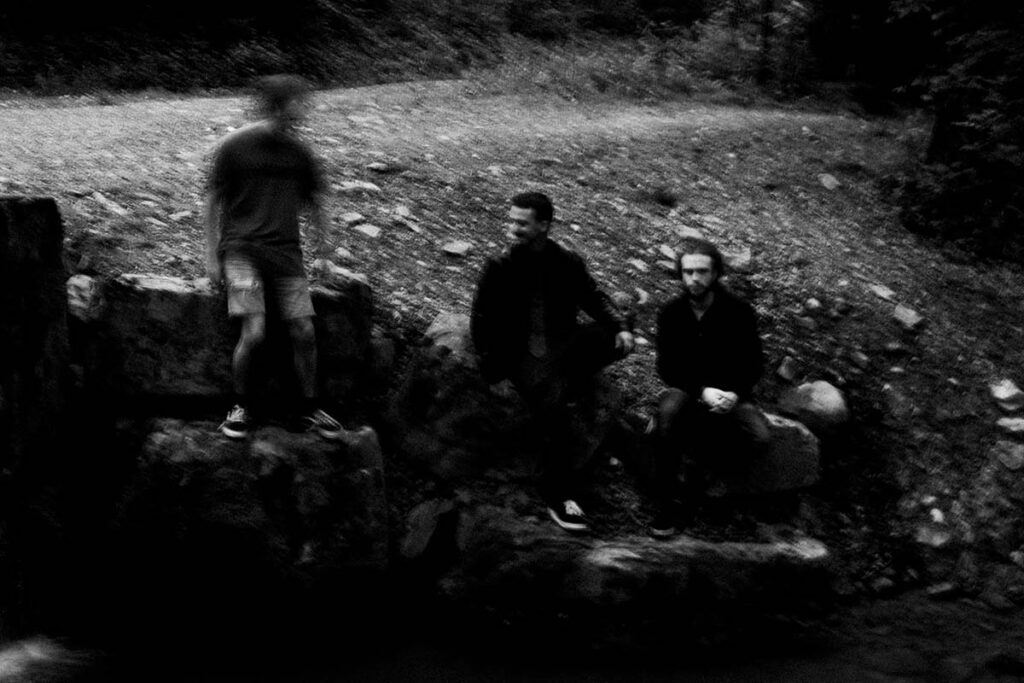 Beyond its musical dimension, Kalkas develops a conceptual universe around issues related to climate change and the anger this causes among the various members of the band.

In a romantic and dualistic approach, with some points of naturalistic contemplation, this album offers a first dive into the subdued atmosphere of a dark autumnal and forest mist. To a sound saturated with existential angst, the instruments respond to the call of Kalkas, a deep entity with a vague design for our humanities.

Punctuated with narrative and poetic vocal passages, the album »Envoûtante sève« offers a first vision of this new world, under construction.