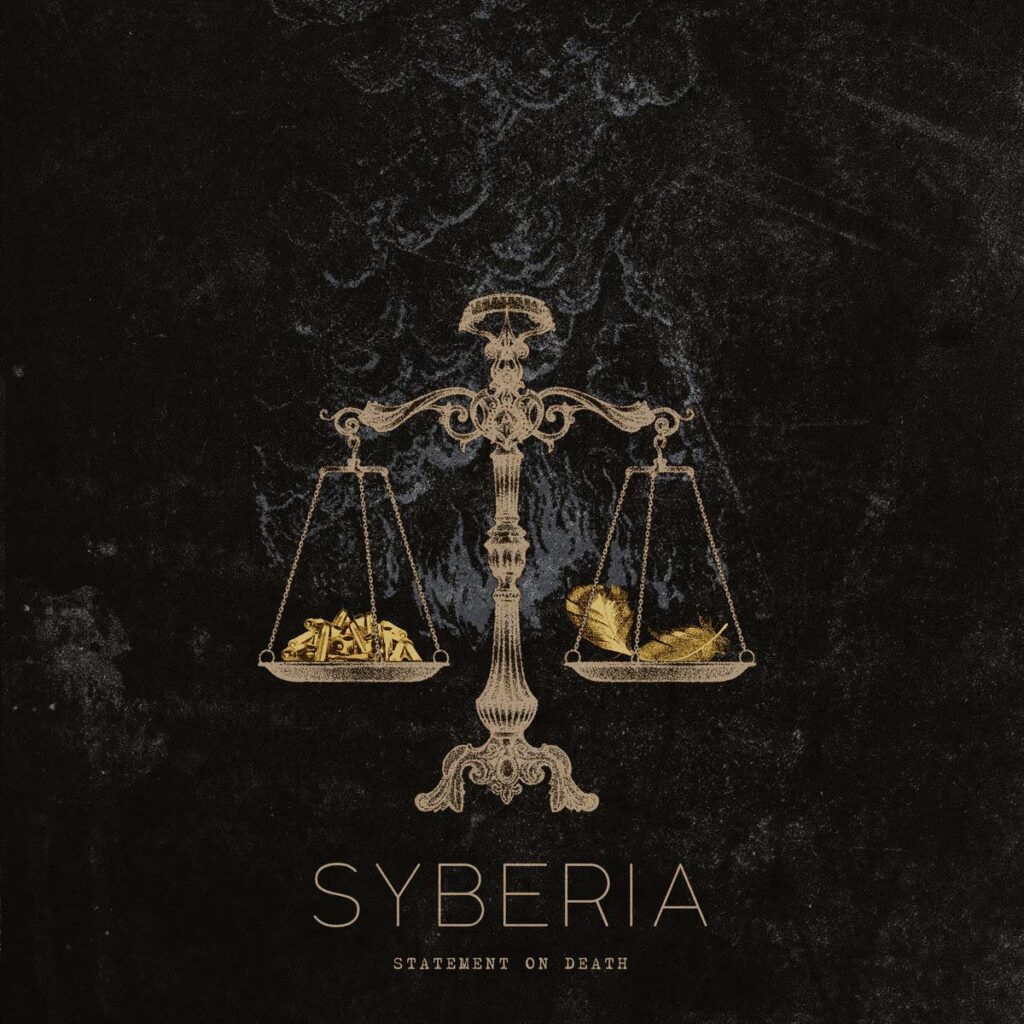 Listen to the first single »Nothing Inside« below!

Says the band: “We are delighted to announce that we are joining forces again with Radix Records, our Galician family.

It’s been 10 years since they released our first album »Drawing A Future« and, two albums later, we return to them like moths to light.

On the other hand Metal Blade Records and Blacklight Media will release the digipack and well-known platforms.

Stay tuned this week because hot news are coming.”

Having leaned in the direction of post-metal on 2019’s »Seeds Of Change«, Barcelona’s Syberia have enthusiastically embraced the genre on fourth album »Statement On Death«. Transcending their origins as an instrumental rock band, they show a great many more sides to their songwriting without losing their unique signature sound. Comprised of five riveting tracks spread across 42 minutes, it covers a lot of musical ground, but never once do they lose the attention of the listener, taking them through numerous textured sonic peaks and valleys in beautiful style. “On each album we try not to repeat ourselves and look for things that we haven’t done so far,” states the band. “When we start songwriting, we never do it following a specific plan. We always compose according to what we have heard at that time, normally we record riff ideas individually and take them to the rehearsal room. Once there, we assemble the pieces of the puzzle to find the desired song, and the result this time is a record that is darker than our previous ones but with the same bright moments.”

Going into making the record, the band recruited new drummer Manel Song, joining guitarists Oscar Linares and JordiOnly and bassist Quim Torres, and bringing a new dynamic to the band. Song even brings some black metal style to the record, which is definitely a new direction for Syberia but something they have always wanted to include, helping to further broaden their sonic palette. With touring plans cancelled at the start of the Covid-19 outbreak, the quartet started to focus on writing new material in March 2020, the guitarists trading ideas and finally able to get into the studio together that summer. “»Seeds Of Change« was very well received by both press and fans, and to tell the truth when we started writing new songs we had doubts and fears that we wouldn’t be able to move forward after that. But, over time we have seen that we like the songs we make more and more, they are more fun to play live and we are learning new tricks on our pedals and synths.” Frequently on the record the band manage to be both understated and epic at the same time, a feat not easy to achieve, and this can be attributed to their love of post-rock heroes Caspian, their favorite band. “They never let us down, neither on their albums nor live. Searching for these epic moments and melodies has always been with us. That’s really what excites us in music. We prefer two or three notes that are epic and full of feeling to a five-minute guitar solo.” This is apparent across the record, their capacity for sounding huge is enviable, also bringing to mind the likes of Cult Of Luna and Mogwai. 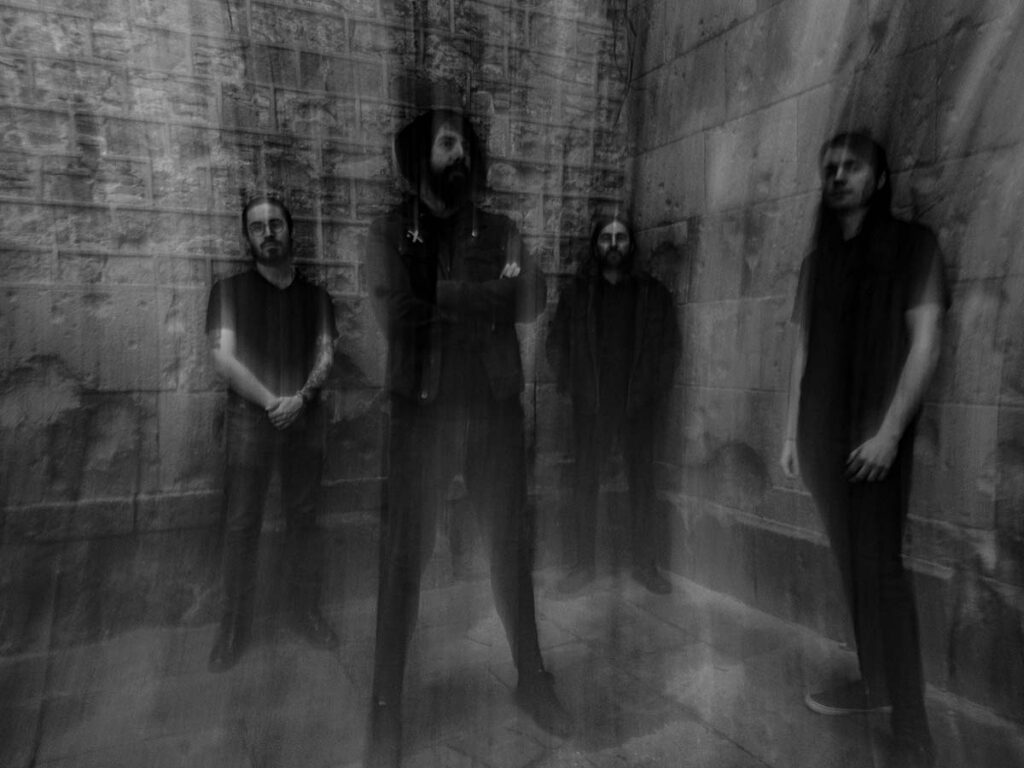 Though the record lacks lyrics, like all of their releases there are narratives to every song, this time centering on “a very worrying issue in the United States of America: police violence against people of color, and each song narrates a specific case. We didn’t want to give any names, but they are cases so well documented that the listener, with a bit of research, can easily get to know who we’re talking about in each song.” Bolstering this, with each of the songs long and featuring multiple different parts, it occurred to the band to include several different subtitles that apply as the tracks progress, creating a story that narrates the case behind each one. The title is taken from a letter published by Barack Obama following the George Floyd case entitled »My Statement On The Death Of George Floyd«, tying the songs together.

To track the album, the band went into The Room BCN Studio in their home town with engineer Gorka Dresbaj, who recorded the bass and drums for »Seeds Of Change«, having confidence in him to handle the whole record this time out. “It was an incredible experience. Gorka is a charming guy who makes your work a lot easier, conveying calm, patience, and professionalism in equal parts. For the first time, the album has been entirely produced by Jordi, who like on the previous records also handled all the synthesizers and electronic tracks.” For Syberia, tracking is one of the most fun parts of the creative process, making the most out of every moment spent in the studio. “We are not a professional band, we each have our jobs outside of music. For us, entering a studio is a magical moment. You are beginning to give birth to something that you have been brewing for a long time. When you’re in the studio, you want to finish to hear the final result, but at the same time, you never want to finish because this is what you enjoy the most.” The band also welcomed some outside musicians, much to their delight, a brass trio featuring Pablo Martín on trumpet, Mario Membrives on the trombone, and Cesc Domènech on the tuba, who appear on two songs. “Bringing professional musicians into the studio was something we had always wanted, but we never had the budget for it and we had to supply it with synths. We will try to bring them out for some concerts too.”

Hoping to tour the record properly and not face interruptions like the »Seeds Of Change« cycle, when the band look forward they are ready to do what it takes. “When we look to Syberia’s future we see hard work, to this day. It is not up to us whether we play in such a place or another. We are a humble band, the only thing that is in our hands is our music. For this, we can only guarantee that we are going to work as hard as possible to release albums that are, at least, on a par with the previous ones.”