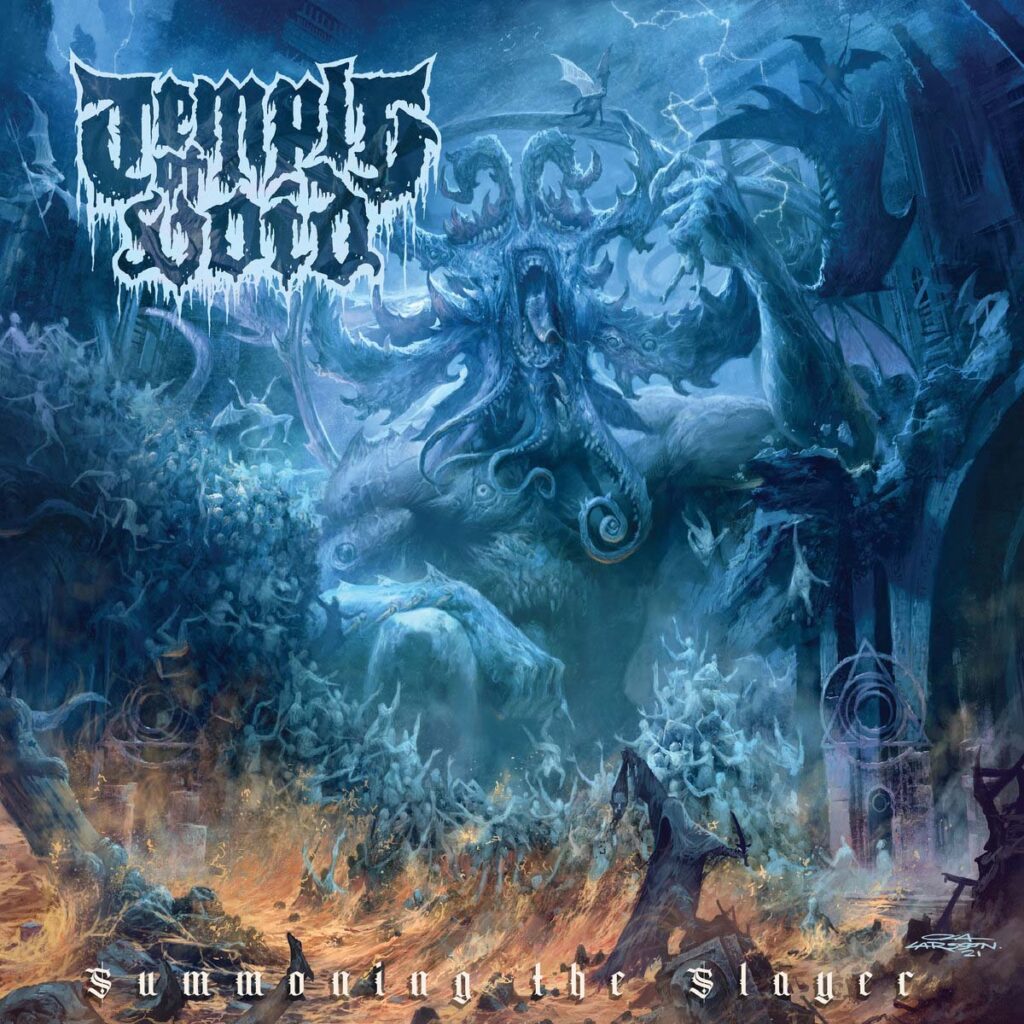 Detroit, Michigan based death/doom metal outfit Temple Of Void has unveiled the second single »Hex, Curse, & Conjuration« taken from their forthcoming album, »Summoning The Slayer«, which will be released on June 3rd, 2022 via Relapse Records.

“Temple Of Void are knocking at the door of death greatness.” – Decibel Magazine

Temple Of Void comments: “This one is a banger. The shortest TOV song to date, I believe. Just ruthlessly stripped it down to the bare essentials. Ready to rip your face off on stage. Classic cave-man death metal harkening back to early Deicide and Morbid Angel output, but warped through the Temple Of Void perspective.”

»Summoning The Slayer« is out June 3 on LP/CD/CS/Digital. Physical pre-order via Relapse.com are available HERE. Digital Downloads/Streaming HERE.

The critically acclaimed, Michigan-based quintet – featuring Alex Awn (guitars), Don Durr (guitars), Mike Erdody (vocals), Jason Pearce (drums), and Brent Satterly (bass) – hunkered down during the last two years, expanding upon their brand of fusty, artfully brutish death-doom with equal parts process and imagination. The outcome is an album that feels massive yet sepulchral, exploratory yet distinguishable – as if crafted deep below and inspired by all the things (mentally and physically) that come with their subterranean endeavor. »Summoning The Slayer« creepily evolves Temple Of Void. 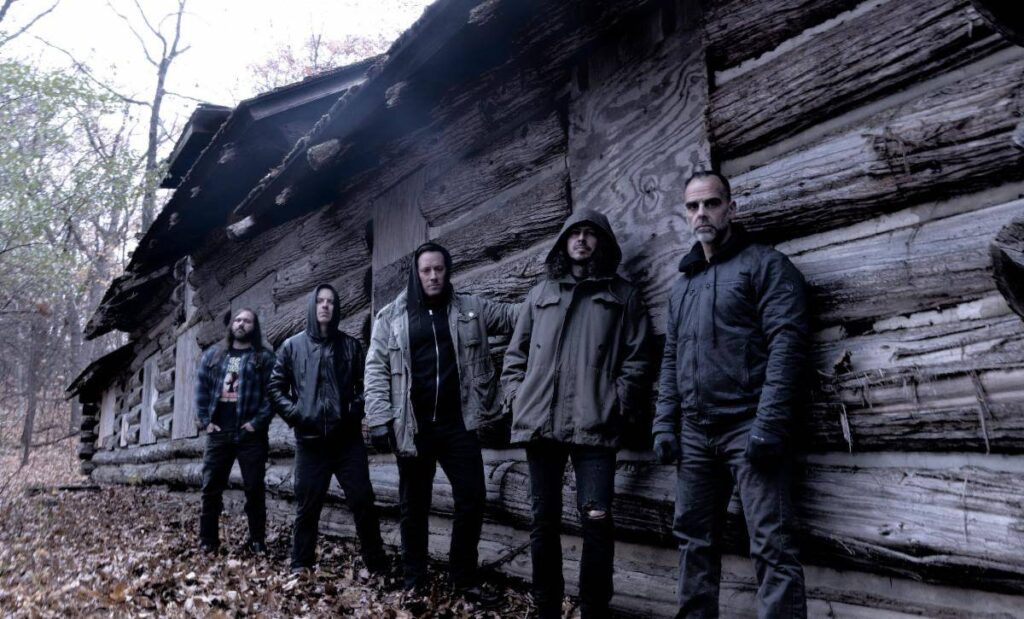 Watch the »Deathtouch« music video, directed by The C.O.I.N., at THIS LOCATION.

Produced, mixed, and mastered by Arthur Rizk (Power Trip, Sumerlands, Candy, and more,) »Summoning The Slayer« pairs long-time influences and a bevy of non-metal vectors into hulking columns of heavy and desolation. Focus tracks »Deathtouch«, »Hex Curse«, and »The Transcending Horror« showcases Temple Of Void’s death-doom at its heights and their massive, crushing lows. But the group’s fourth album is more than that. The album’s capper, »Dissolution«, is one example of the Detroiters stretching out, the song’s ‘70s rock/singer-songwriter motifs hitting The Moody Blues and Nick Drake hard. Lyrically, »Summoning The Slayer« eschews commonplace horror tropes with a deeper, broader psychological discussion of the self. Temple Of Void’s ultimate death-doom metal journey is now complete.