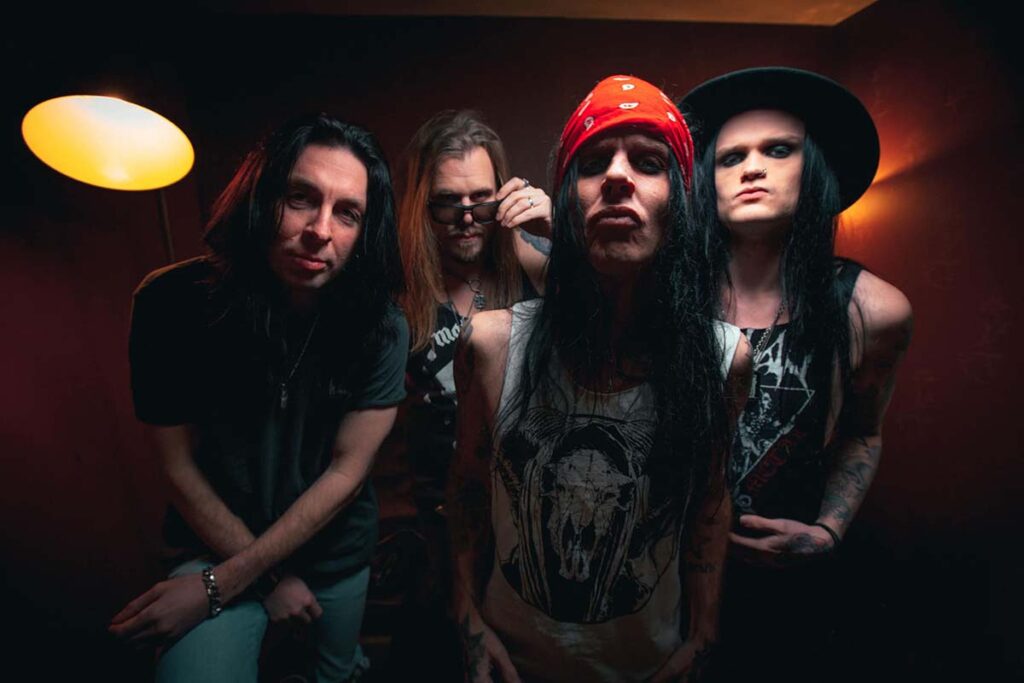 Serving you the perfect blend of melodrama and fun this Norwegian sleaze rock band are ready to bring the best rock music, and make street R’n’R great again. For what is rock but a homage to the legends!

The band was founded in 2015, by Mats Wernerson, Lizzy DeVine, Kristian Solhaug, and Eiliv Sagrusten who has now been replaced by Robin Nilsson on drums. All of which have a widespread band experience.

Notably, Lizzy DeVine lived several years in Los Angeles where he was the singer and songwriter of Vains Of Jenna, a band that got their breakthrough the American era of Rock’n Reality tv with performances on shows like Jackass, Viva La Bam, and Kat Von Dee’s LA Ink. This no-fucks-given culture has no doubt shaped DeVine and his attitude towards music that is also evident in The Cruel Intentions music.

In technical terms, the band plays around the esthetics of bands such as Guns ‘N Roses and Mötley Crüe, and carries on the legacy of good old rock ‘n roll into the contemporary youth of today. The songs are fast paced, humorous and at times really hard-hitting.

The result is feel good music with a fresh, original and modern expression, albeit strong roots in rock history. Easy to love and to relate to.

Their new record »Venomous Anonymous« will be released early summer 2022.