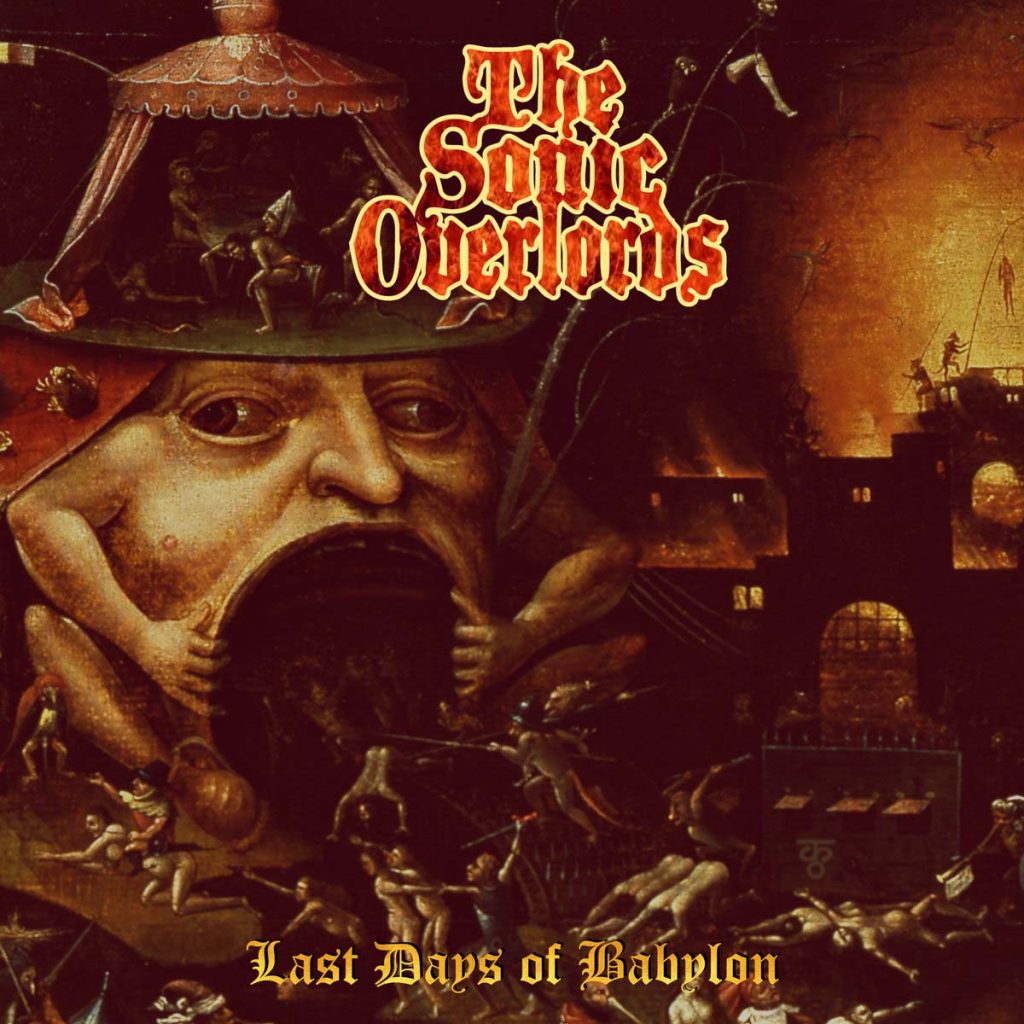 Guitarist Morgan Zocek comments: “I will share songs from the album, one at a time, with some comments, starting of with this VERY special song for me, bonus track »Past The End Of Time« featuring ex-Black Sabbath singer Tony Martin on lead vocals!!

The song is VERY inspired by the T.Martin/Dio era’s of Black Sabbath. We even start with a intro that have churchbells! Followed by a heavy/mid tempo verse, to bang your head and raise your fists to, but when it’s time for the chorus we change and go mellow and atmospheric.”

The Sonic Overlords unleashed their debut album, »Last Days Of Babylon« last Friday, October 22nd. The first offering of the Swedish outfit’s blend of melodic rock majesty and thunderous doom will be available on all digital platforms, with CD versions available at music retailers and HERE. The Sonic Overlords will also soon unleash their power on the live stage, performing as part of Viking Line’s Rock at Sea Hårdrock cruise on November 19th, traveling from Stockholm, Sweden to Mariehamn in the Åland Islands, alongside fellow Swedish rockers such as Mustasch, Thundermother, and more. More information on the Rock at Sea Hårdrock cruise can be found at vikingline.se.

“Album release day is here!! Let us present »Last Days Of Babylon«, exclaims guitarist Morgan Zocek. “A lot of blood, sweat, tears, love, enthusiasm, joy and happiness went into this album recording and now we’re finally able to share it with the rest of the world. It’s kind of an overwhelming feeling. Welcome to our musical journey, and hope you will enjoy listening to it as much as we enjoyed creating it. PLAY IT LOUD!!” 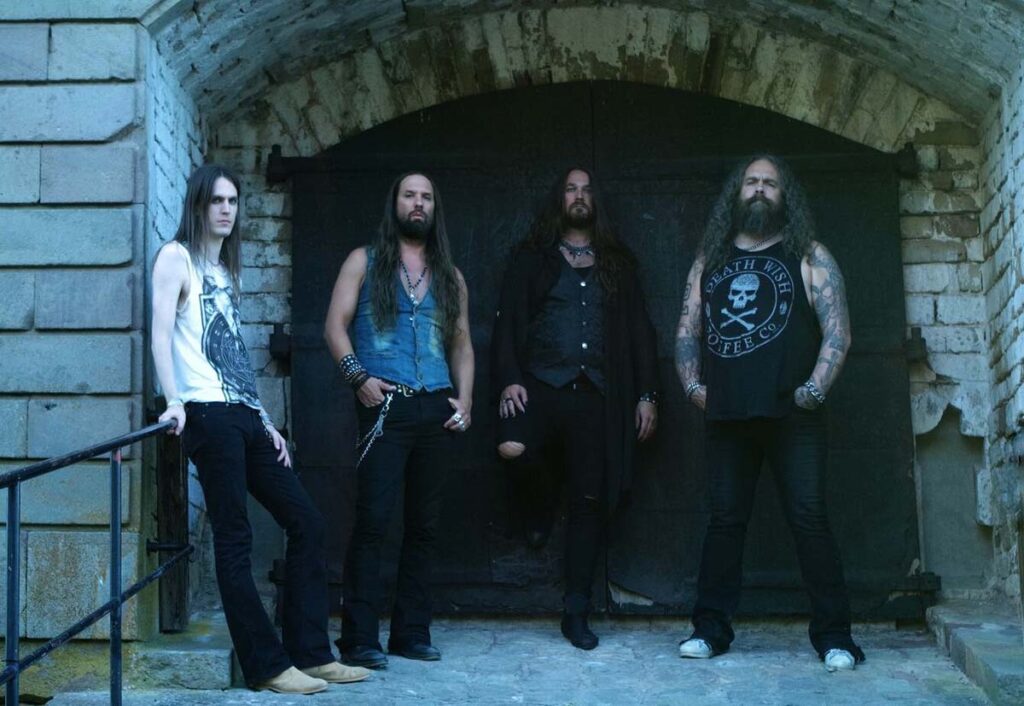 The first single from The Sonic Overlords, »In My Darkest Room«, was released in October 2020. That song gained rock radio airplay throughout Scandinavia and spread through mainland Europe, the US and Australia as DJs and programmers were drawn to the group’s combination of powerful doom riffs and the epic and melodic majesty of late ’70s/early ’80s heavy rock with influences from the likes of Dio/Martin-era Black Sabbath, Rainbow, early Candlemass, Yngwie J. Malmsteen/Rising Force, Scorpions and MSG. The band’s blend of power, darkness, and musicality was recognized by former Sabbath vocalist Tony Martin via a shout-out to »In My Darkest Room« on his social media channels. The music video for »In My Darkest Room« – also directed by Per Andersson – can be viewed HERE.

The Sonic Overlords followed up the release of that single by signing with M-Theory Audio at the beginning of 2021, and began putting the finishing touches on their debut album, »Last Days Of Babylon«. The album features nine tracks powered by the group’s sonically wicked brew, including »In My Darkest Room« and »Utopia«, the band’s second single which was released in May 2021, backed by a music video directed once again by Andersson that can be viewed HERE. The group’s music video for their third single »Eternal Heroes«, which shows off the band’s more progressive metal influences, was unveiled in September 2021 and can be viewed HERE. The CD version of »Last Days Of Babylon« also features a guest appearance by Tony Martin, who provides vocals for »Past The End Of Time«, a re-imagining of »Sands Of Time«, an original song by the band that is featured on the main record.

The Sonic Overlords were founded in 2017 by Swedish rock guitarist Morgan Zocek. He began jamming with various musicians and writing songs inspired by classic hard rock of the late 1970s and early 1980s, but with a more modern approach to the production and sonics. The full sound of The Sonic Overlords began to solidify with the addition of Per Soläng on drums in 2018. This was followed by the addition in 2020 of vocalist Marcus Zachrisson Rubin, who had been playing with Zocek in an Ozzy Osbourne cover band for many years, and the rumbles of new bassist Daniel Ramírez. 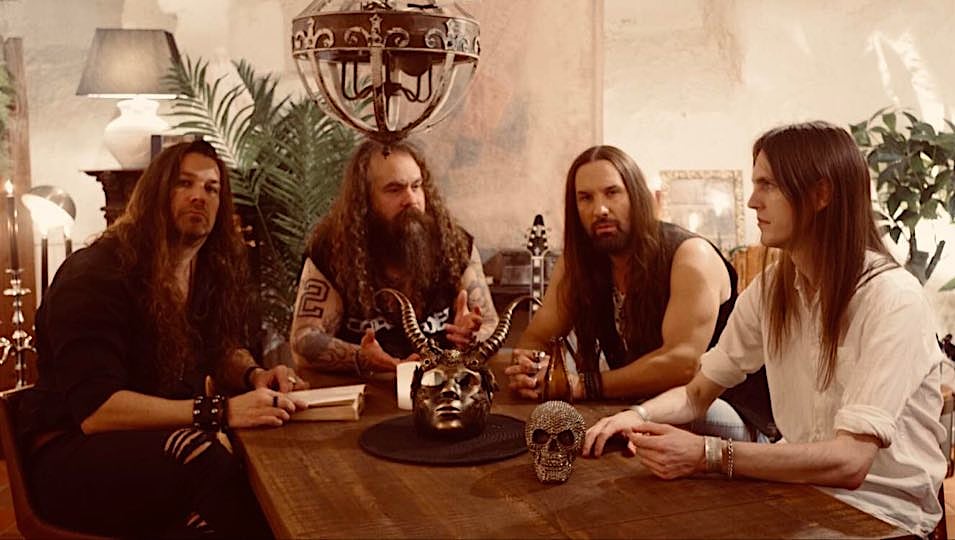