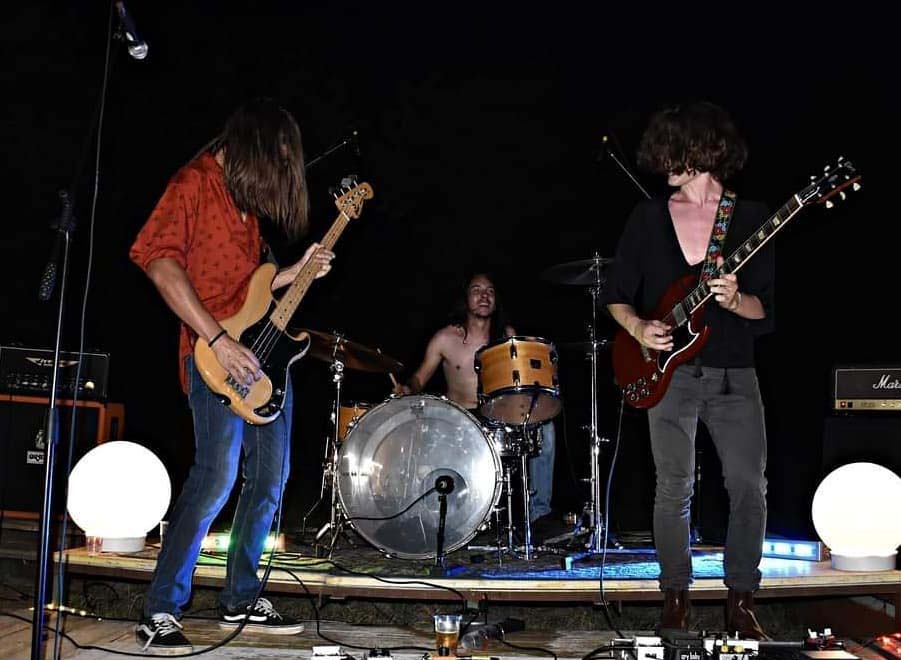 Sick of silence, Buss & friends had organized the first edition of the Dežolation Fest. Lot of beer, awesome grill, great music and good people had trasformed an empty field into a memorable land.
Here for you Buss live at Dežolation fest performing »Freelance Fiend« by Leaf Hound and »Astrosatan« from the upcoming album.

Buss is a trio influenced by 70s underground sounds and 90s desert rock. They met in high school and started playing together just for fun.

Later they started writing some songs and performing live gigs. In May 2020 the band released the self-titled debut EP with the support from Rocket Panda Management.

Buss are now recording new stuff for their first LP.

“Buss get you there with five tracks of high-energy swagger and shove, dirty bass rumbling under dirty guitar propelled by dirty drums topped off with vocals that, if you listen hard enough, you can hear just how young the band is beneath the rougher edge. Kids shouting into cheap microphones recording noise onto a four-track? Shit yeah. That sounds like rock and roll to me.” — The Obelisk