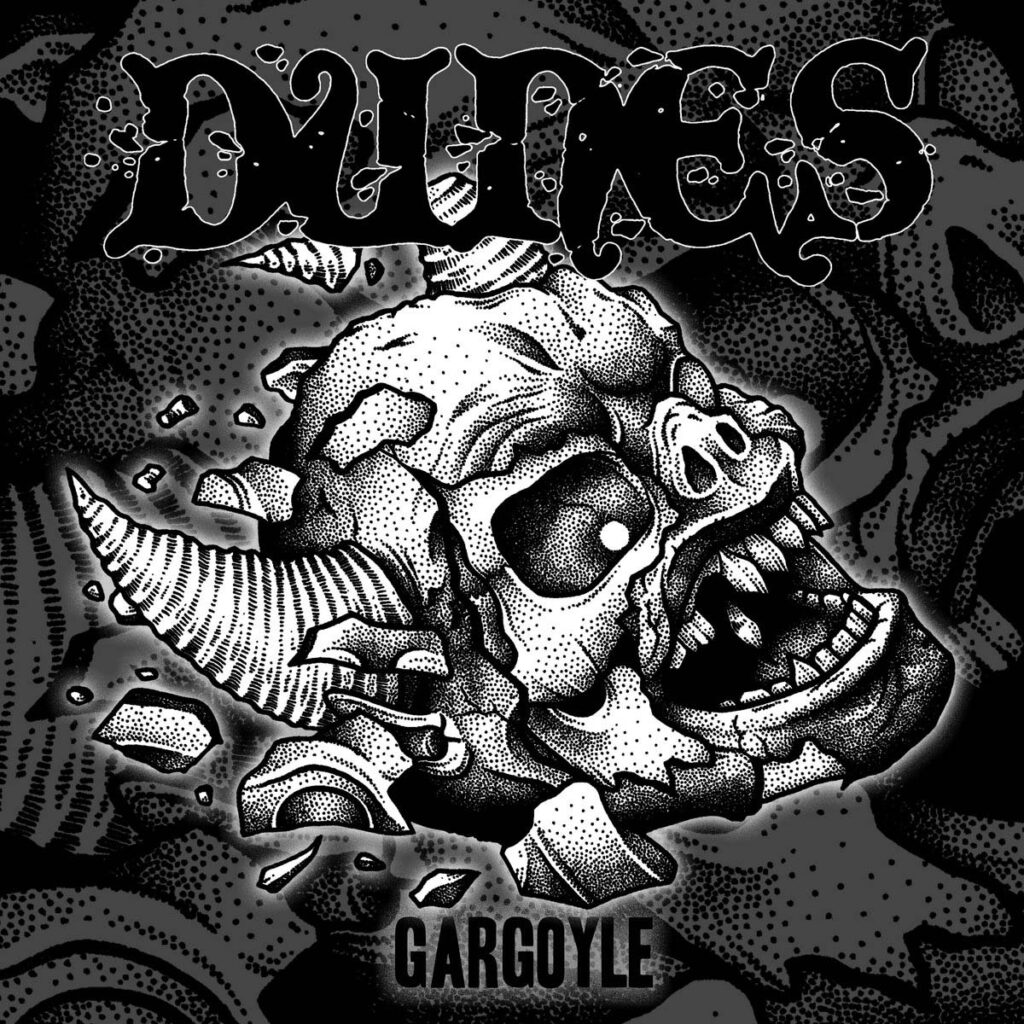 »Gargoyle« is the second album from Newcastle based alt-rock/stoner rock band Dunes. The album was written and recorded during a pandemic, upon listening this is evident.

Straight off the back of their debut album »Take Me To The Nasties« in 2019 Dunes were writing and demoing new material and following a series of exciting meetings and subsequent plotting with Sapien Records an ambitious recording session was booked for October 2020. Then everything changed. Plans were cancelled, festival appearances and tours were postponed and gradually the world became a very different place. Dunes continued to write and demo material but as the pandemic took hold, a mood of grief, disappointment, isolation, despair, and the realisation of living a weird ‘Groundhog Day’ existence, backdropped by daily death rates and constantly evolving warnings and restrictions began to take over and dictated the direction of the album. 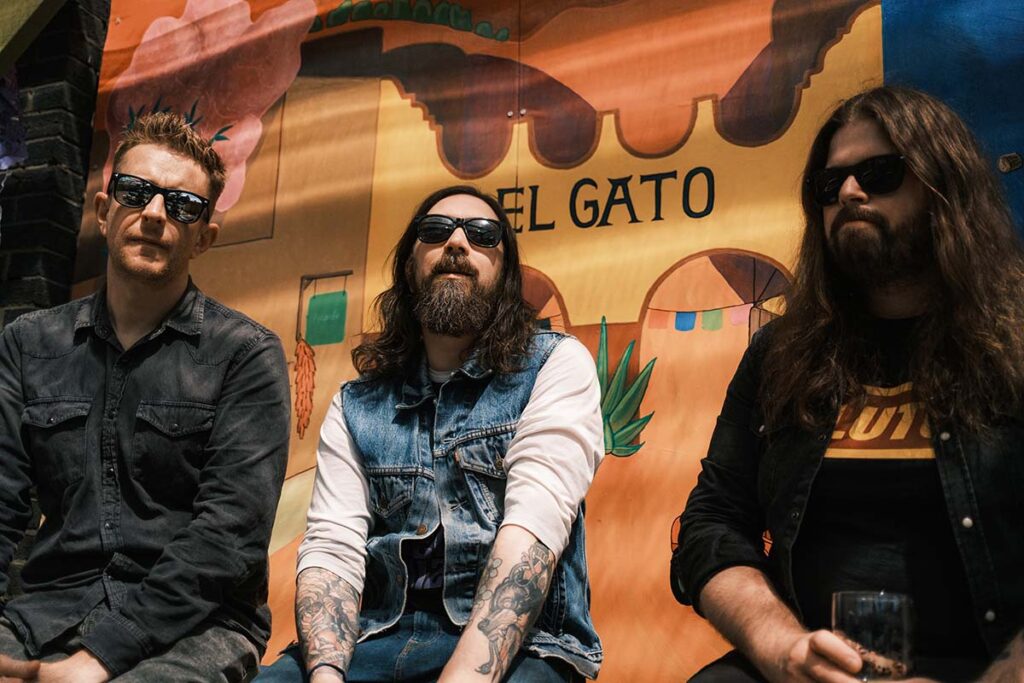 The idea of a »Gargoyle« felt like the perfect metaphor; helplessly set in stone, watching the world gradually change while slowly eroding and watching time tick by. It became a reflection of how society felt.

As it became apparent that the album recording sessions originally planned were not going to happen Dunes took to their own rehearsal space to record »Gargoyle« with drummer Nikky Watson at the helm during the latter part of 2021. The band used the time afforded to them during the writing process to really pull apart the songs, re-writing parts, often ditching formulaic song structures to keep things fresh and surprising and they cast aside tracks which didn’t feel 100% necessary or at home on the album. The result is an album that is concise and coherent album, delivered with purpose and intent.

Dunes managed to stay productive throughout the pandemic releasing a series of live videos in 2020 and 2 new singles; »This Must Be The Plague« and »Circles« in 2021, both of which ended on a number of ‘Top songs of 2021’ lists. The two singles also bridge the gap between »Take Me To The Nasties« and »Gargoyle« perfectly, shedding the upbeat, energetic feel of the debut album for a more reflective and doomy tone.

For fans of Torche, Clutch, Red Fang and Queens Of The Stone Age.