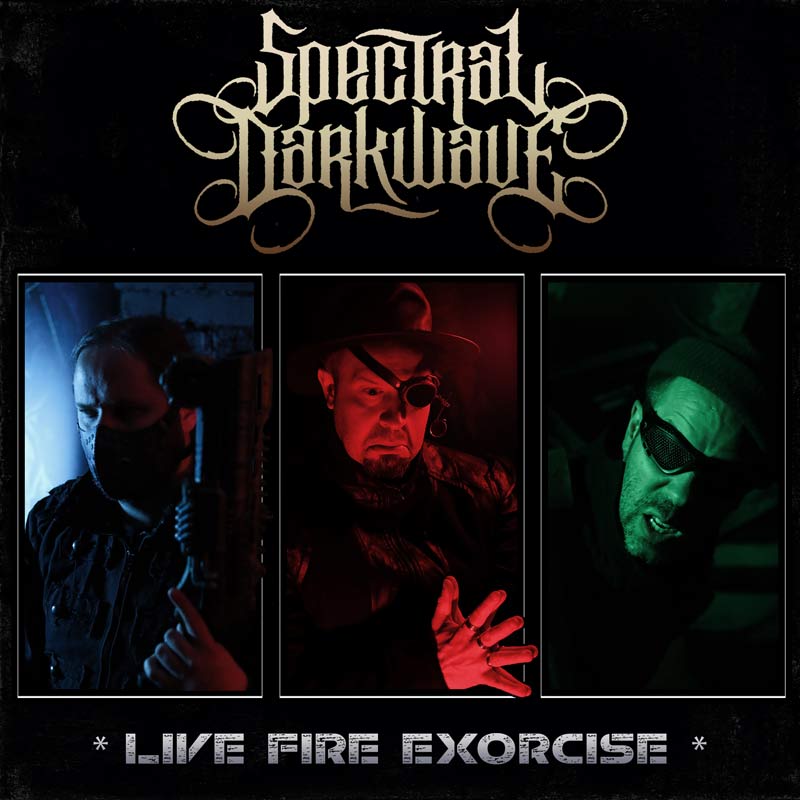 Fusing the intimidating splendour of symphonic death metal and the sombre majesty of doom, adding a touch of black metal’s bleak fire and an infusion of industrial terror, then entwining the resulting weapon of war in silver threads of horror and adventure, myth, story and magic – Spectral Darkwave are a band like no other.

Listen to live version of »The March Of Sses« below!

After six years away from the frontline, Spectral Darkwave returned to the fray in late 2021 with their incredible second album, »At Outer Dark«. This stunning collection of monstrous, dark metal was a breathtaking, ambitious and imaginative second strike from the outliers of extreme metal and its release was celebrated with an electrifying launch show at Club 85 in Hitchin, the band’s spiritual home. That incendiary performance, that special night when Spectral Darkwave introduced their followers to the twisted delights of »At Outer Dark« for the first time, was all captured like lightning in a bottle. Now it is time to revisit the fury and the force that decimated Club 85 on October 8th 2021, now it is time for »Live Fire Exorcise«!

While »At Outer Dark« is an undoubtedly magnificent second coming for Spectral Darkwave, outstripping their acclaimed 2015 debut, »Last First Contact«, with ease, there is a certain energy, an impossible to define magic than can only be found in a band’s live performance. If you can harness that power, preserve it, then you end up with a listening experience like »Live Fire Exorcise«. Songs like »The Last Red Hypergiant« are imbued with an even greater sense of import and grandeur, the vicious »731« bites harder than ever, injecting virulent venom with each snarling chord and the infamous paean to ancient warfare, »The March Of Sses« reaches overwhelming proportions. »Live Fire Exorcise« is a gateway back in time to one night of metal magnificence, yours to be experienced time and again. 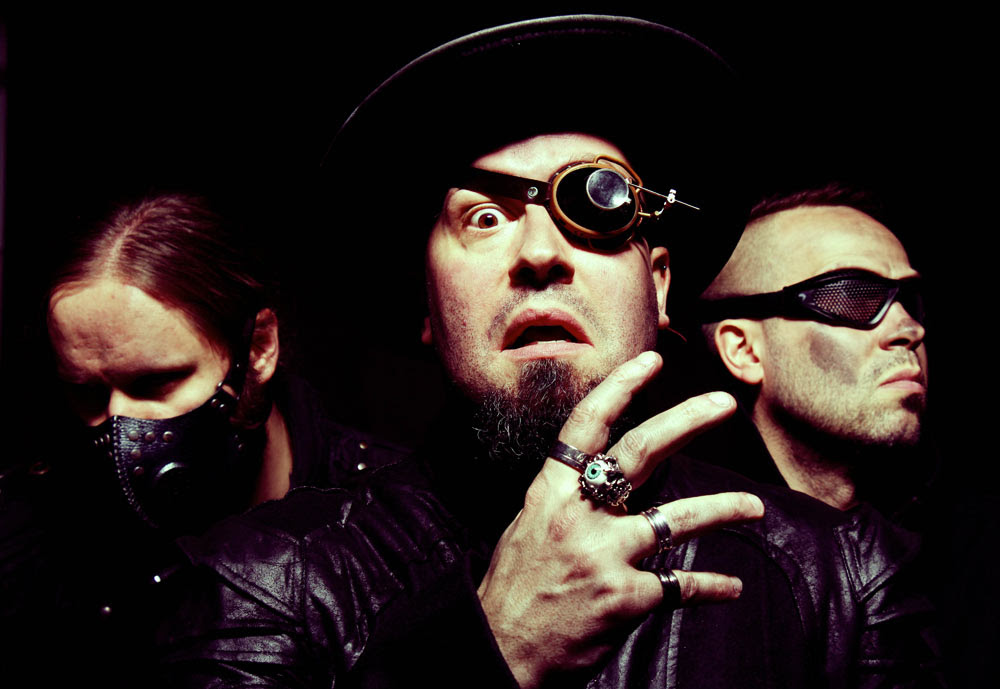 The release of »At Outer Dark« was a pivotal moment in the career of Spectral Darkwave. It represented not only the band’s return from six years of silence as they traversed the void, but a vast leap forward in their levels of musical achievement. The sheer excitement from both band and fans was palpable in Club 85, Spectral Darkwave’s hometown venue, as this new chapter of exploration and destruction was launched. The band played with a fierce determination and wicked energy as they discharged an explosive version of »A Toll Is Due«, the gargantuan monstrosity that is »The Last Red Hypergiant« and their infamous hymn to war elephants and ancient battle, »The March Of Sses«; and the crowd howled their appreciation for every measured note. The purpose of a live album is to capture the thrill, the atmosphere and volume of a performance and with »Live Fire Exorcise« Spectral Darkwave have done that, with the glorious excess that is their trademark.

»Live Fire Exorcise« is the night of Spectral Darkwave’s rebirth, preserved forevermore; a night of history to be treasured and revisited at will – a window into memory for those who were there, a tantalising glimpse of possibilities for the rest. The essence of Spectral Darkwave’s wild fantasy and bludgeoning power is held within these songs. On June 30th climb aboard and ride with them on the razor’s edge of adrenalin, into the black maw of madness.

Spectral Darkwave is:
The Arch-Kakoph – Vocals/Guitar
The Gunner – Bass
The Engineer – Drums

Additional guitars on this album by Joe Lyndon

For fans of: Triptykon | Septic Flesh | Abyssic | The Vision Bleak