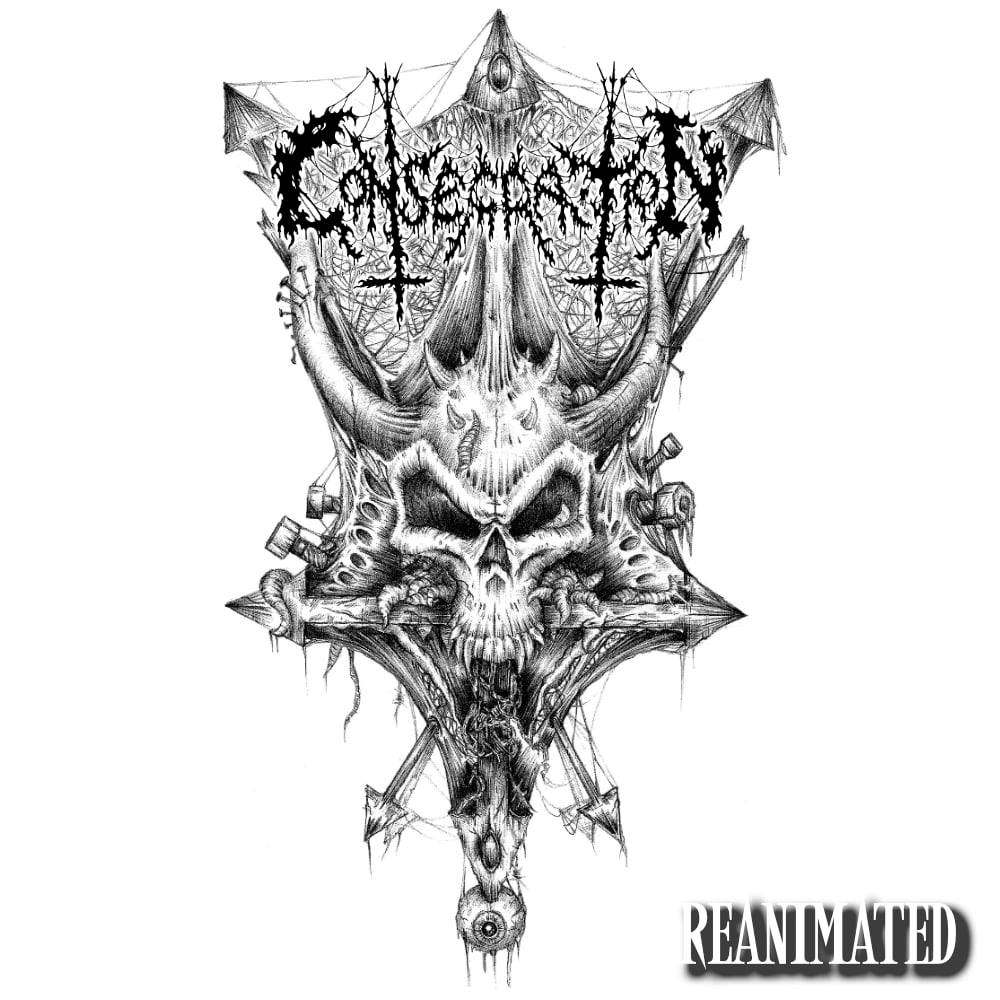 Norwich, UK based doom/death metal band Consecration dropped a music video for the track »Cast Down For The Burning MMXXI« from their new EP, »Reanimated«, which was just released this Friday, November 19th, 2021 via Cavernous Records.

The band comments: “»Reanimated« sees us updating a couple of our seminal tracks from way back in 2010, and a complete reworking of a previously unreleased track from the same era… »Cast Down For The Burning« was featured on our very first EP »Gut The Priest« and has been completely overhauled for this release. »Reanimated« we thought, is a very fitting title – bringing some classic songs back from the dead, and breathing new life into them. The track was recorded live for the »Reanimated« EP in September 2021.”

Tracklisting:
01. Cast Down For Burning MMXXI
02. Gut The Priest MMXXI
03. Domain Of Despair

While the world awaits the new full-length studio album from Consecration, which will blight the spring of 2022 with its rotten horrors, released from the clutches of Redefining Darkness Records, the band have dug deep into their crypt of dead songs and torn three mouldering corpses from their caskets. Three ancient tracks have had their bones broken and reassembled and new life breathed into their hollow chest cavities. They have been brought back from the dead…reimagined and reanimated!

Consecration’s unholy elixir of decaying death metal and decomposing doom has grown darker and heavier over the years of their shadowy existence. Their earlier compositions have been transformed into terrifying, monstrous versions of their original incarnations and the band decided that the time had come for the results of that alchemical process to be captured and preserved for posterity. On one cold autumn night they entered their rehearsal studio and thundered through three prime examples of their new necromantic rituals, recording them raw and live, freezing their intimidating, overwhelming presence for eternity.

»Cast Down For The Burning MMXXI« and »Gut The Priest MMXXI« are black abominations, warped children of tracks that appeared on the band’s 2010 debut EP, »Gut The Priest« while »Domain Of Despair« grew from the diseased seeds of an incomplete 2011 demo, never made available before in any format. Together these haunted, hellish entities form a new EP, »Reanimated«, that reveals the new putrescent, perished heart of Consecration.

»Reanimated« will be released on November 19th by Cavernous Records, complete with stunning artwork from band vocalist and lyricist Daniel Bollans. It is a look back to the past through a lens of nightmares and a warning of what the future holds. For you dwellers in twilight and haunters of the burial grounds, this is an underground treasure to feed your ravenous souls.