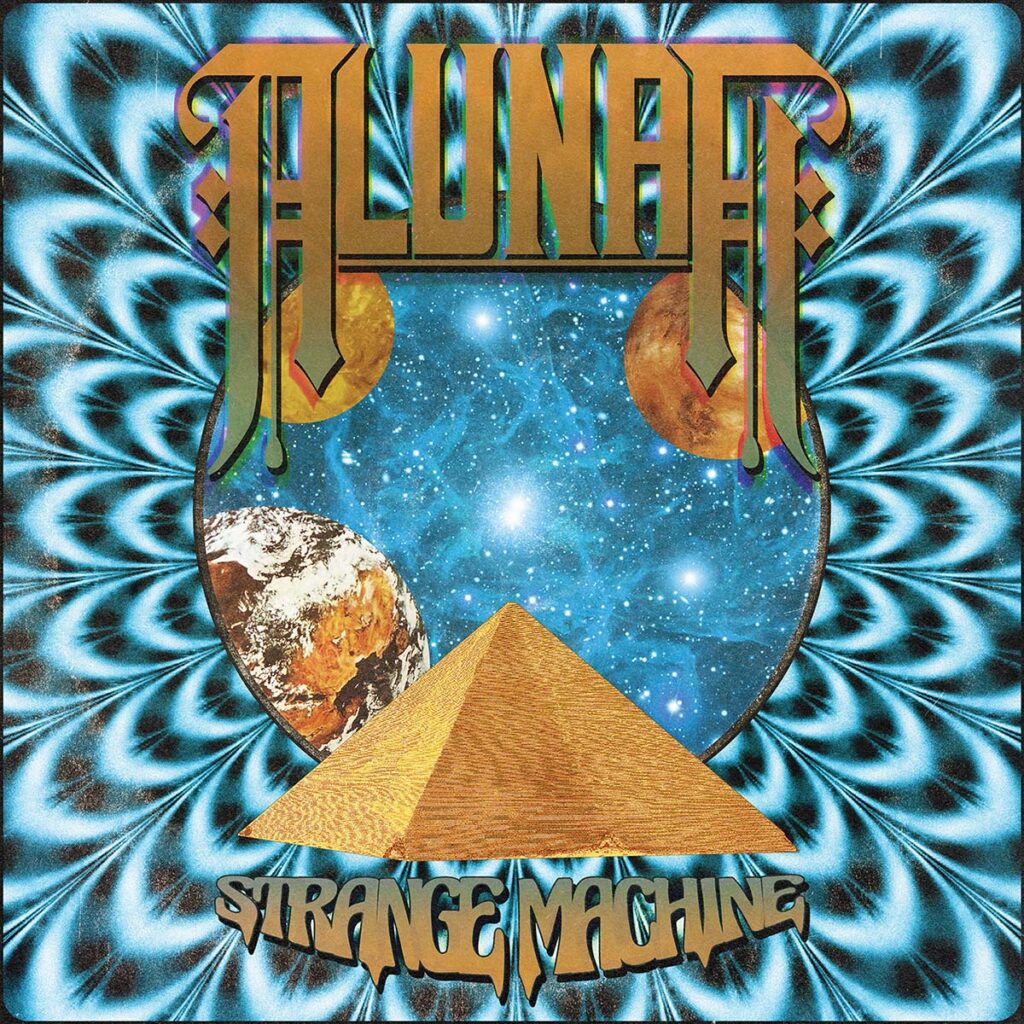 Alunah about this new song: “Come and join us for a mind-altering trip as we take you for a ride on the »Psychedelic Expressway«. Taking inspiration from 60s pop music, 90s rock and infusing it with a lot of psychedelia we created something quite unusual and unexpected for Alunah. Siân picks up the flute on this track joining the rest of the instruments which are more upbeat and lighter than our usual feel. We love how playful and fun the song sounds, It’s full of soul and movement. Just open your mind, take a step inside and join us on the »Psychedelic Expressway«.”

Written while surviving a 2-year pandemic filled with numerous personal struggles, »Strange Machine« showcases a band that confidently navigates through their hard rock, doom, prog and even 90s rock influences, while delivering one hit after another. Featuring guitars from Crowbar’s Shane Wesley on »The Earth Spins«, »Strange Machine« will send shivers down your spine thanks to its majestic aura, epic riffing and Siân Greenaway’s soulful and impressively soaring vocals. Listen to »The Earth Spins« and the title track »Strange Machine«. 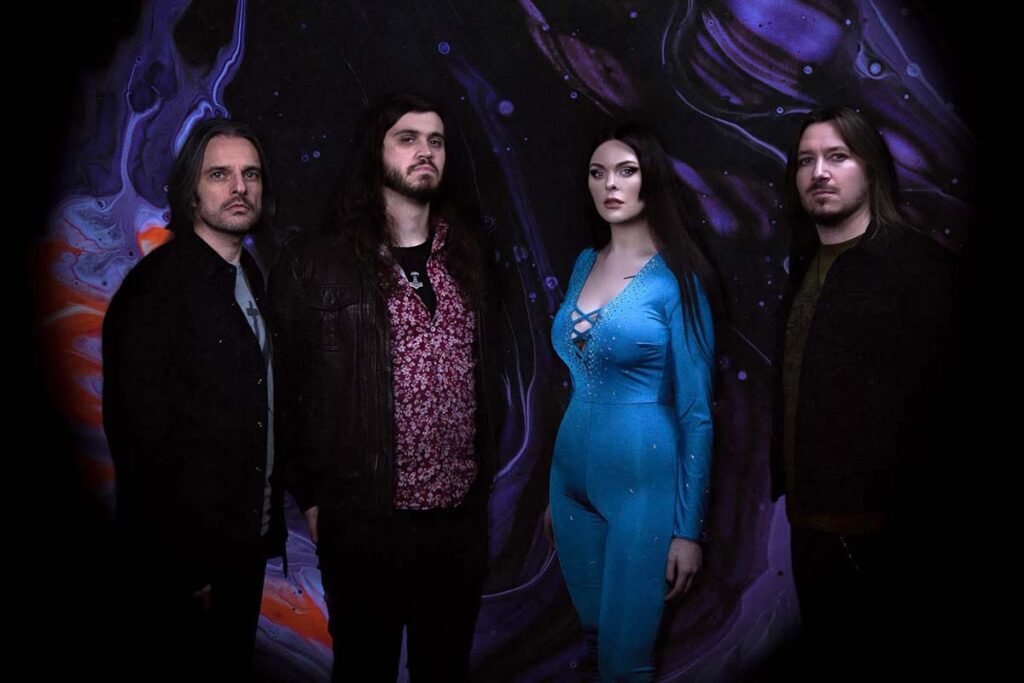 Hailing from Sabbath City, Alunah continues to tread their own path in 2022. Their latest album »Violet Hour« marked a new beginning with a drastic change of lineup, and opened up a world of doom-infused hard rock with little regard for outside trends.

Returning to Foel Studio in October 2021 for the follow-up to their Heavy Psych Sounds debut with producer Chris Fielding, the nine tracks span the epic majesty of »The Earth Spins« featuring guest guitars from Shane Wesley (Crowbar) to the groove of »Dead Woman Walking«. From the West Coast psychedelia of »Psychedelic Expressway« to the swagger of the title track, this is the sound of Alunah cutting loose and free: welcome to the »Strange Machine«. Artwork was designed by Mariano Peccinetti. Alunah have in recent times toured with the likes of Paradise Lost, The Obsessed and Mondo Generator alongside performing at numerous European festivals.