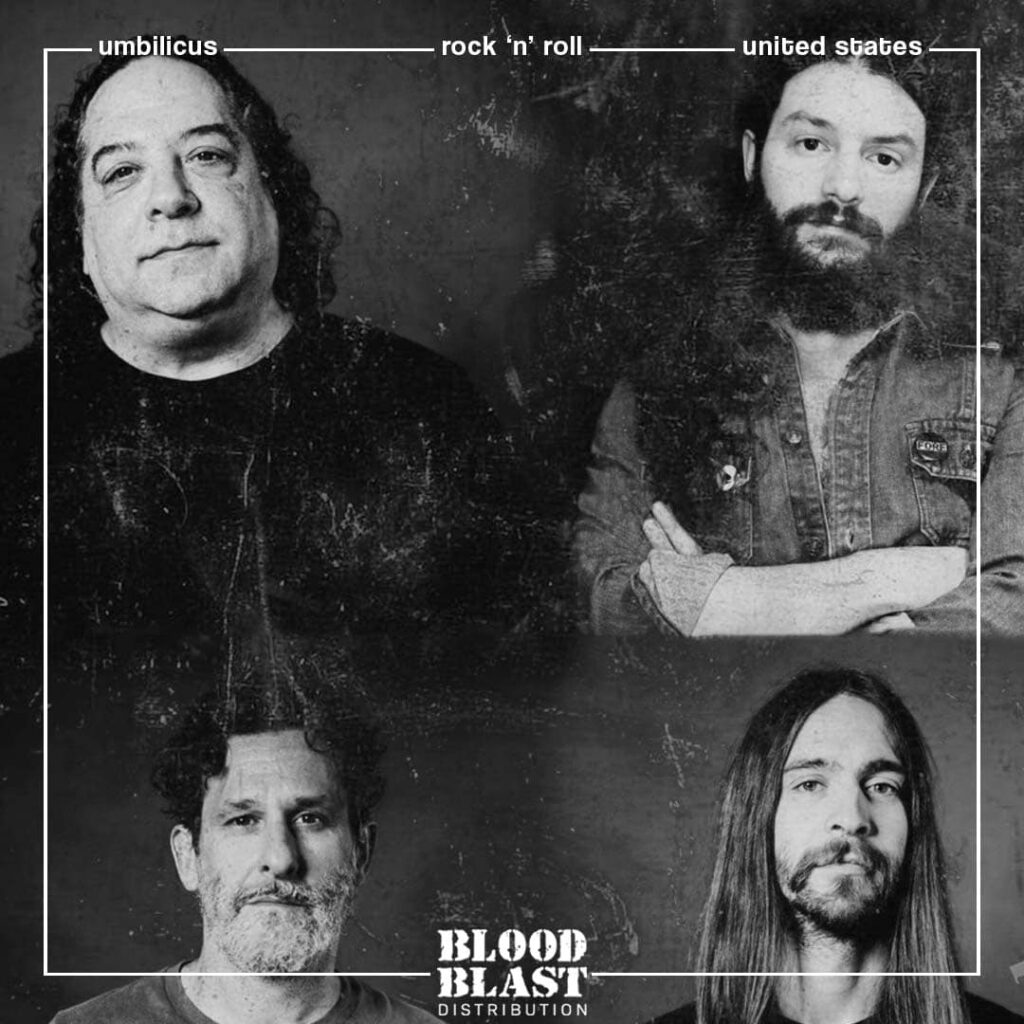 There have been hints at a new rock band, Umbilicus, floating around for months but it seems to be materializing now, in the signing of a digital deal with Blood Blast Distribution. The quartet, which features Paul Mazurkiewicz (Cannibal Corpse) on drums, Taylor Nordberg (Deicide, Inhuman Condition) on guitar, Vernon Blake (Anarchus, Napalm Death-live) on bass, and Brian Stephenson (Fore, Old James) on vocals, has put their love of 60s and 70s rock into their debut full-length album, which will arrive later this year.

“We are all so excited to finally start releasing some music from this band! I have worked with Blood Blast Distribution with several other bands, and they are absolutely killer to work with. Pro, great communication, and they care about the artists. Our first single should be out this month, so stay tuned!” Nordberg said.