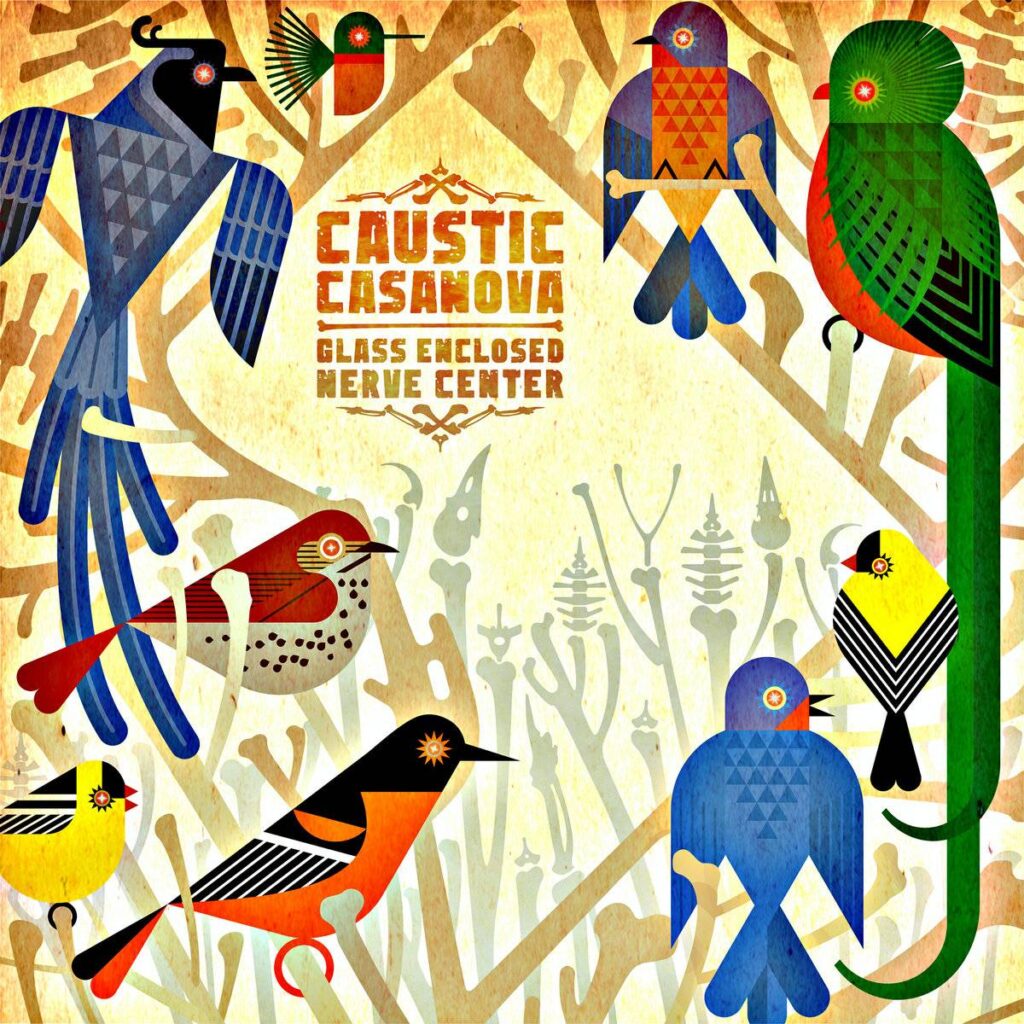 “The constant hits of energy are something to behold, grasping you and leaving you eager for the next hit of calculated revolution.” – Distorted Sound Magazine

“This is one of the best albums of 2022 with longer, enduring resonance anticipated. Some records you just know you’re going to live with.” – The Obelisk 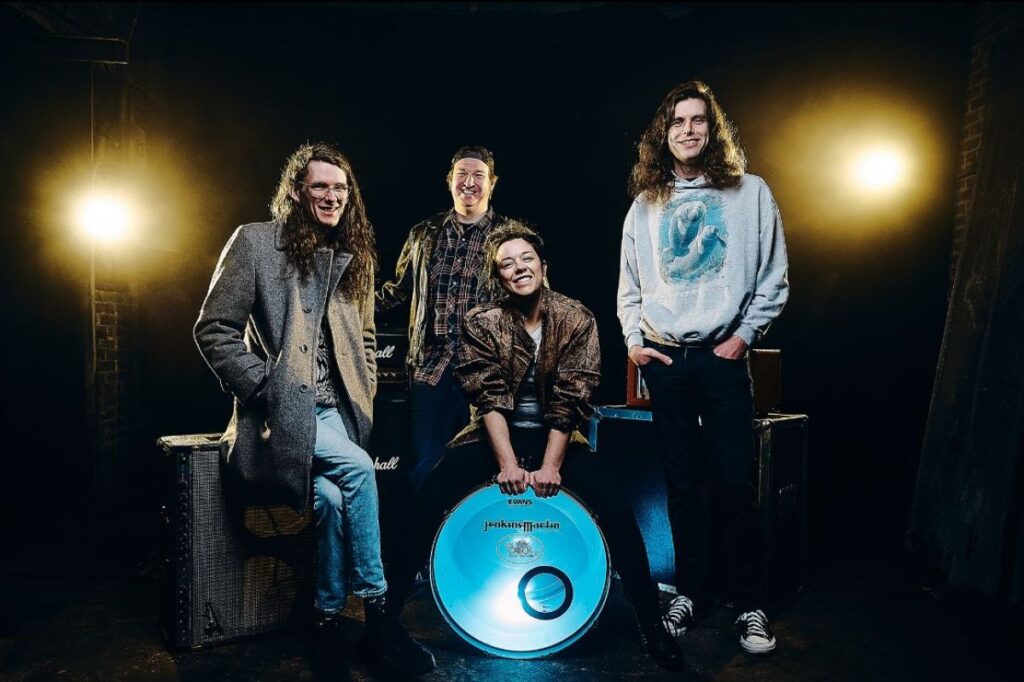 Caustic Casanova recently released videos »A Bailar Con Cuarentena« and »Lodestar«. On their fifth album, the brain-frying »Glass Enclosed Nerve Center«, the Washington, DC-based riffonauts pull an expansive range of sounds into their tight, hyperkinetic core – and explode them outward in a kaleidoscope of progressive heavy rock exuberance. In ferocious opposition to playing music in an established style that might give listeners a way in but can narrow down what’s allowable, the foursome plant their flag dramatically on the side of genre-agnostic exploration. Simply put, the Americans allow each song to go wherever the hell it wants (or needs) to head towards.

Formed in 2005 as the trio consisting of drummer and vocalist Stefanie Zaekner, bass-player and singer Francis Beringer, and guitarist Andrew Yonki, Caustic Casanova’s chose a path to constantly refine their thrillingly unpredictable music, which careens from sardonic noise rock to proggy sludge in the vein of Baroness, Red Fang, and Torche, while also taking inspiration from the gargantuan heft of Melvins to Boris, and fleet guitar heroics with flashes of dark-hued post-punk. After a number of proudly DIY releases, Caustic Casanova caught the attention of Kylesa, who released the band’s third full-length »Breaks« through their own label. Having brought their pure rock fury to the riff-thirsty masses on more than a dozen full and regional US tours, Caustic Casanova applied their road-honed chops to bang out a heavier, more joyously swaggering set of righteous songs for 2019’s triumphant album »God How I Envy The Deaf«.

With the addition of second guitarist Jake Kimberley in 2019, the now-quartet set their sights on making the most adventurous and prog-rock Caustic Casanova record yet. »Glass Enclosed Nerve Center« underscores all their strengths, while making the most of the expanded line-up that opened up their sound to new possibilities. Beringer’s reedy, melodic bass dances heavily alongside the two frying guitars to empower a trio of lead voices. Zaenker’s percussion is powerfully inventive across the album’s five expansive songs, sounding equally at home in swinging, Bill Ward stomp as in math-rock jitteriness.