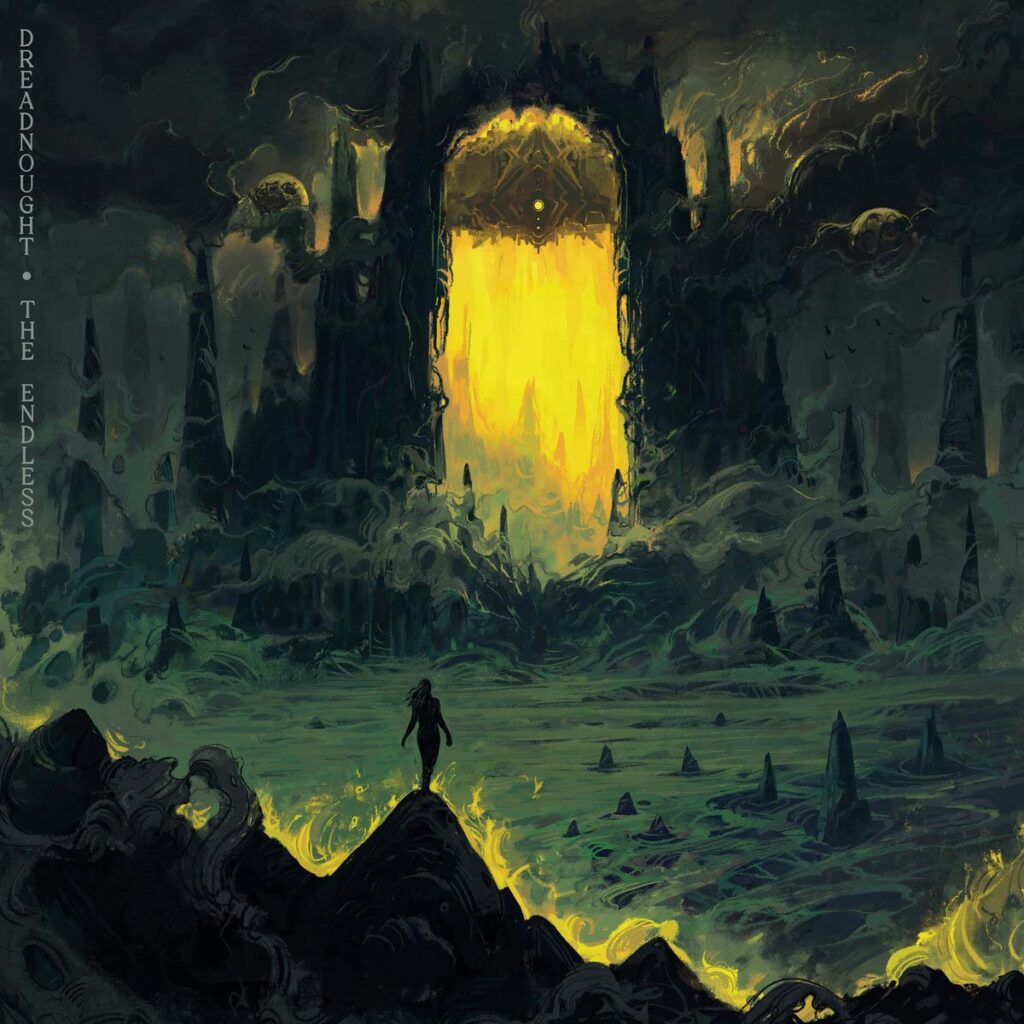 Denver, Colorado based progressive/post-metal act Dreadnought stream their fifth full-length album »The Endless« in its entirety!

»The Endless« will be released this Friday, August 26th, 2022 via Profound Lore Records.

Denver, CO-based progressive metallers Dreadnought will issue their fifth full-length album, »The Endless«, on August 26 2022 via Profound Lore Records. The album is available for purchase via linktr.ee/dreadnoughtdenver

Featuring six brand new tracks spanning over 41 minutes, with their new album the band presents their most spellbinding musical feature yet. With riveting vocal performances, ferocious grooves, and soaring synthesis, the quartet offers a familiarity to the melodic awe of previous records »Lifewoven« (2013) and »Bridging Realms« (2015) as well as the dark complexities within »A Wake In Sacred Waves« (2017) and »Emergence« (2019), but with a beautifully fresh perspective in writing, production, and performance.

While the band is currently wrapping up an extensive North American tour in support of psych rock masters Elder, you can already listen to Dreadnought’s brand new album in full today! 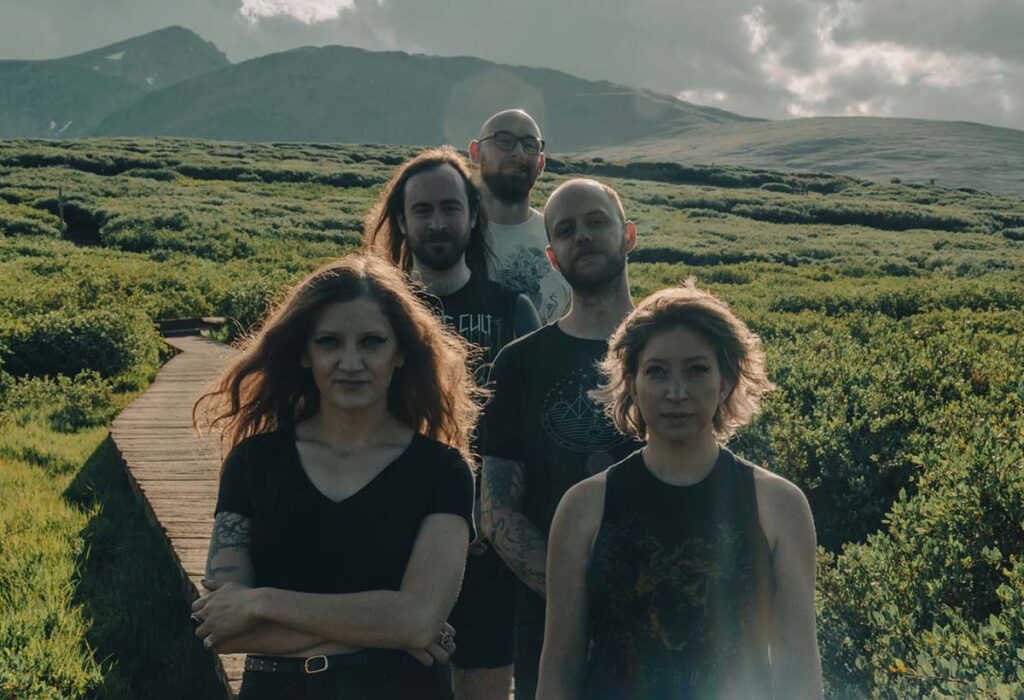 »The Endless« was produced, mixed, and mastered by Pete de Boer of World Famous Studios. Artwork by Reza Afshar, photos by Frank Guerra, and design by Arcangel Impressions, Shane McCarthy, and Kelly Schilling.

At its inception in 2012, Dreadnought’s four members, including guitarist/vocalist Kelly Schilling, drummer Jordan Clancy, bassist Kevin Handlon, and keyboardist/vocalist Lauren Vieira, strove for a project laser-focused on creativity and exploration, pulling from all aspects of their musical backgrounds to craft something exciting and unique. Joining in the common ground of extreme metal, the quartet explores a blend of prog, doom, folk, jazz, classical, black metal, and post rock.

Thematically, »The Endless« departs from the familiar abstract of Dreadnought’s first four albums and dives into a relatable character arc about the human divide of light and suffering. It is an overture to the complexities of the proliferation of life, exploring the trail of choices that shape our world and our lives. It invites the question, can we overcome our nature and make higher minded choices to better humanity and our planet? Or are we lost in a never ending cycle of shadow?

The album opener »Worlds Break« begins in a post-apocalyptic landscape, heeding our need for guidance in the direst of times. »Midnight Moon« leads the listener in trance, through depths of manipulation and fear. As we reach the title track »The Endless«, lush textures and crooning vocals place us among the pits of despair, shock, and loss. »Liminal Veil« offers a vast landscape of celestial drones and enthusiastic grooves, while »Gears Of Violent Endurance« reminds us of our primal nature through great ferocity.

In reaching the album closer »The Paradigm Mirror«, the dust begins to settle yet a great tension remains, inviting us to reflect upon vicious cycles of the human experience and how we can escape them. 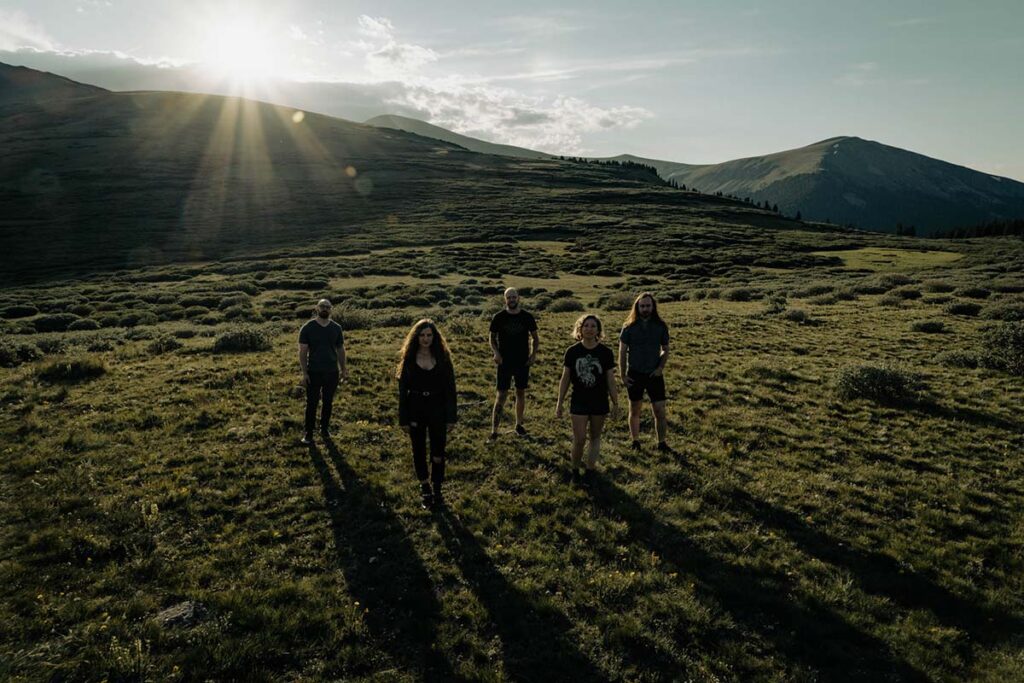