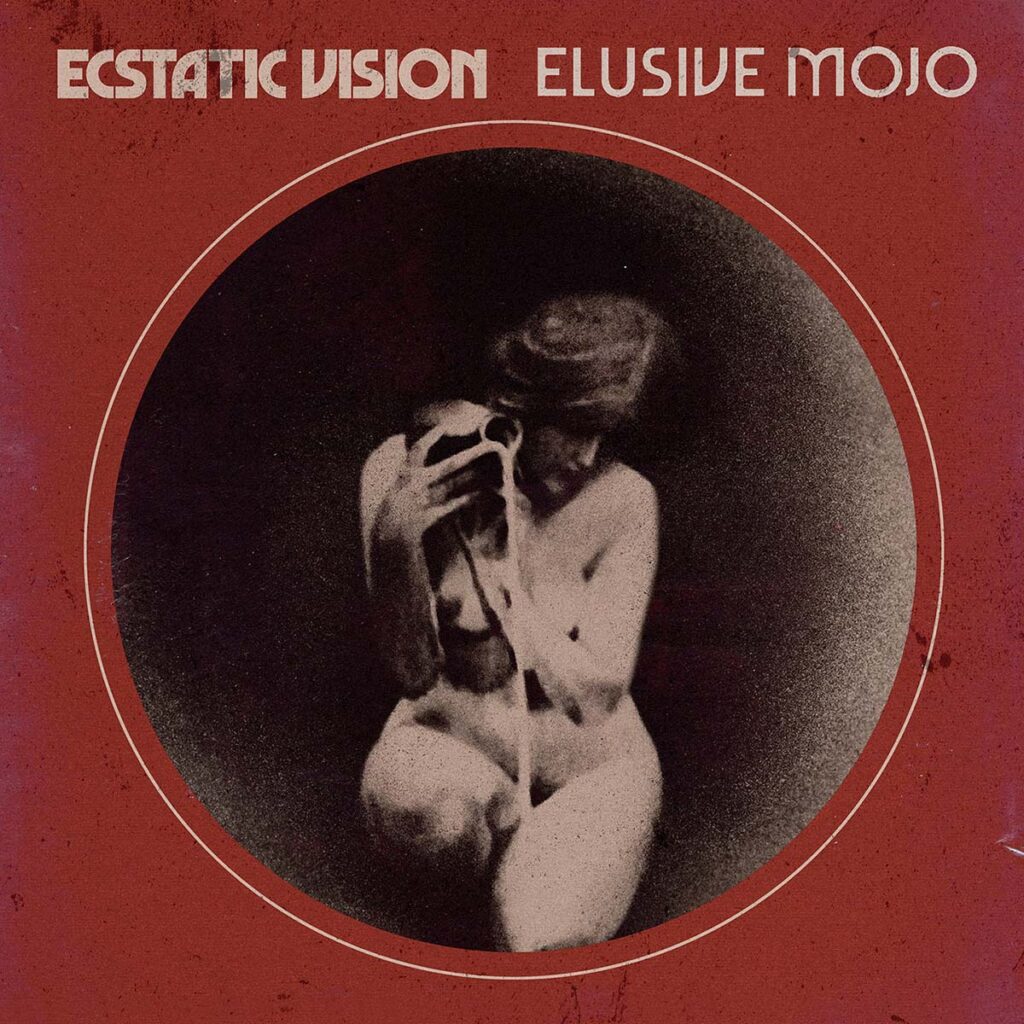 US psychedelic rock freaks Ecstatic Vision premiere their fiery new album, »Elusive Mojo«, which will be released this Friday, May 13th, 2022 via Heavy Psych Sounds.

Philadelphia’s fiercest psychedelic rock foursome Ecstatic Vision presents its fourth studio album »Elusive Mojo« in its entirety, ahead of its official landing this Friday 13th May on Heavy Psych Sounds.

🔥 Listen to new album »Elusive Mojo« in full via The Obelisk 🔥

“Stoogeoid wah grunt flows readily along with the trademark elements of ethno-plunder ambience, Hawkwind-style astral blasts and a hell of a good time for all.” — Metal Injection

»Elusive Mojo« finds Ecstatic Vision firing on all cylinders with this unhinged, raw and dangerous new album. The band continues down their unique warpath mixing heavy psych rock, Detroit-rock, proto-punk, and world music. The album contains caveman grooves that would rattle the remaining teeth out of the Asheton brother’s skulls, scorching saxophones that would make Nik Turner feel high on a potent mix of speed and Viagra, and basslines hot enough to melt down the Lemmy statue. »Elusive Mojo« was recorded live to 2″ tape in their beloved hometown of Philadelphia by Joe Boldizar (Sonic Praise) with Bob Pantella (Monster Magnet) and mastered by their old drinking buddy Tim Green (Melvins). What emerged was a burly, timeless and unique sounding record that is hard to tell if it was recorded in 1971 or 2022. 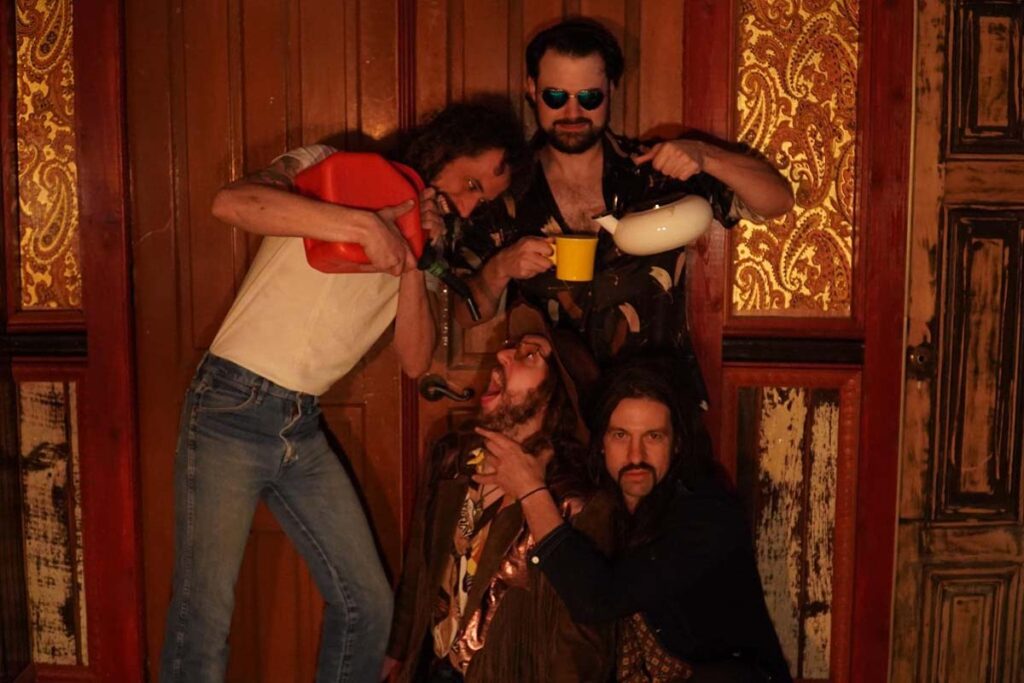 Ecstatic Vision have tapped into something that expands heavy rock’s vocabulary and moves into a far-out sonic galaxy where there is music in the spheres, but the spheres vibrate on previously untold frequencies. Spacey, tripped-out, avant-garde, and definitely rock and roll are key words when describing their sound. They introduced their brand of heavy primal psych influenced by Hawkwind, Aphrodites Child, Olatunji Can and Amon Duul ll in late 2013. Formed in Philadelphia to primarily “play what they wanted to hear”, the band quickly rose to those in the know as a force to be reckoned with through two albums released on Relapse Records, followed by a signing to Italian powerhouse Heavy Psych Sounds, who released their latest record »For The Masses« in 2019. Ecstatic Vision have shared the stage with the likes of Enslaved, YOB, John Garcia, Dead Meadow, Bongzilla, Earthless, Red Fang, Acid King and many others.

»Elusive Mojo« will be out on May 13th in various Vinyl formats, CD and digital via powerhouse label Heavy Psych Sounds, the pre-sale is available at THIS LOCATION!