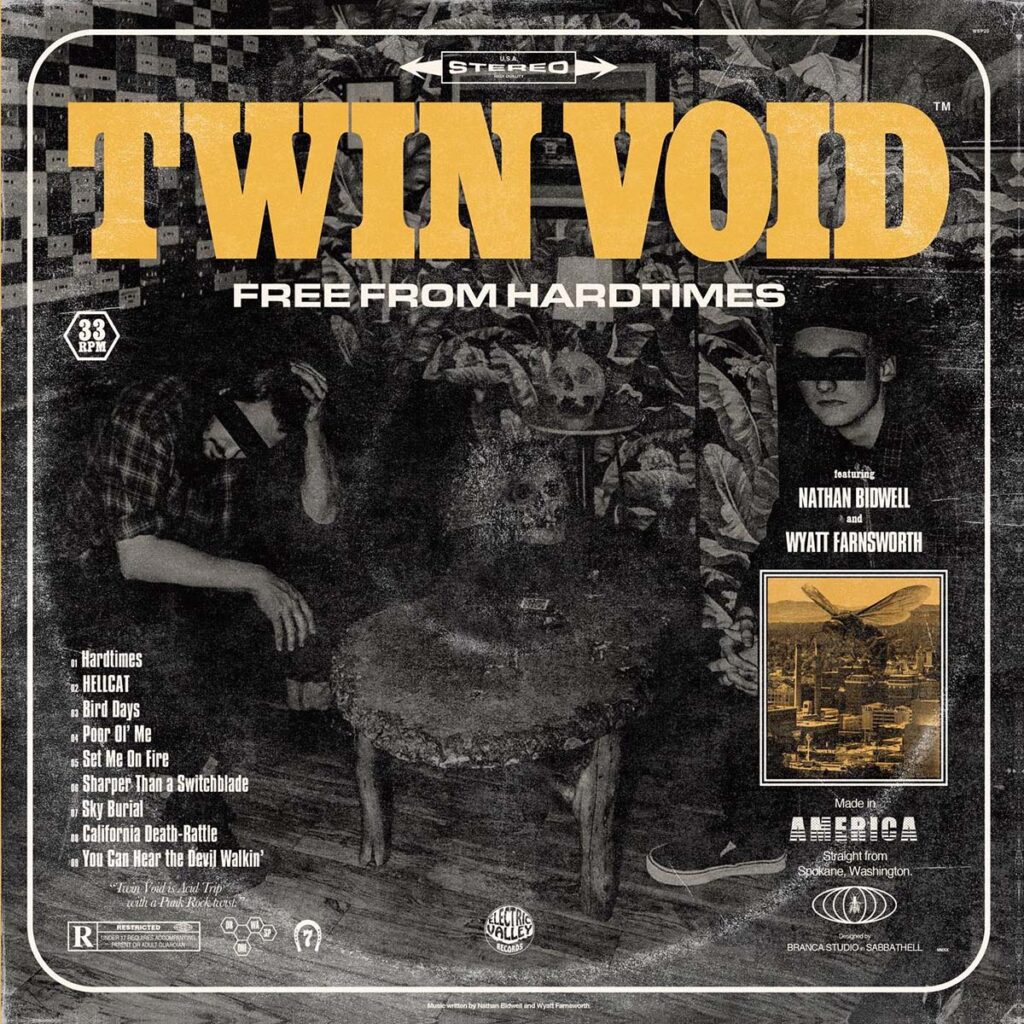 Speaking of the album, Spokane, the WA-based rock ‘n’ roll outfit comments: “»Free From Hardtimes« is everything that has happened in 2020, from the loss of so many amazing musicians and the pandemic and how it’s affected the world. So, it’s got heavy riffs but also lots of emotion and passion.” 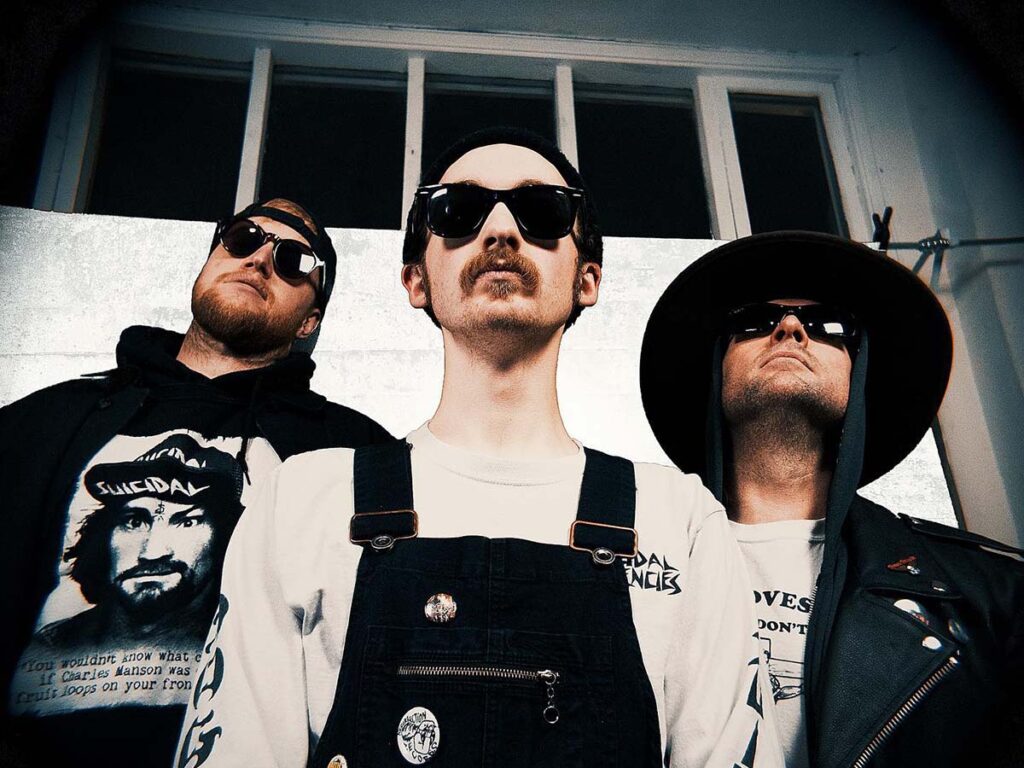 The Pacific Northwest-based Twin Void is a formidable rock and roll machine that has steadily become a credible contender in the regional scene. The band features road-tested musicians, including frontman and founder Nathan Bidwell on vocals and guitars.

The band plays with an energy and ferocity that has gained them the reputation as a must-see live act! They believe in what they do and continue to deliver memorable heavy music on their terms. Twin Void had recently returned home from their U.S. tour dates, including a mainstage performance on Judas Priest’s Warlando Fest in Florida.

The sludgy stoner/punk act has churned out two demos and an EP to date and is poised for the first full-length, »Free From Hardtimes«. While Twin Void has caused an outbreak of wildness throughout the tracks, the whole idea behind the album was to release the band’s feelings about the whole COVID situation, the passing of so many great musicians. Each song was based on a life experience the main songwriter, Nathan, has had. For instance, the song »Sky Burial« was about the grieving process of losing his grandfather. Last but not least, the inclusion of Liam Joseph Cormier (Cancer Bats) on the 8th track, »California Death-Rattle«, has added a different vibrancy to this hard-hitting record.

Now a trio, these determined heavyweights continue to write, record, and play select national dates as they work on the next batch of tunes.