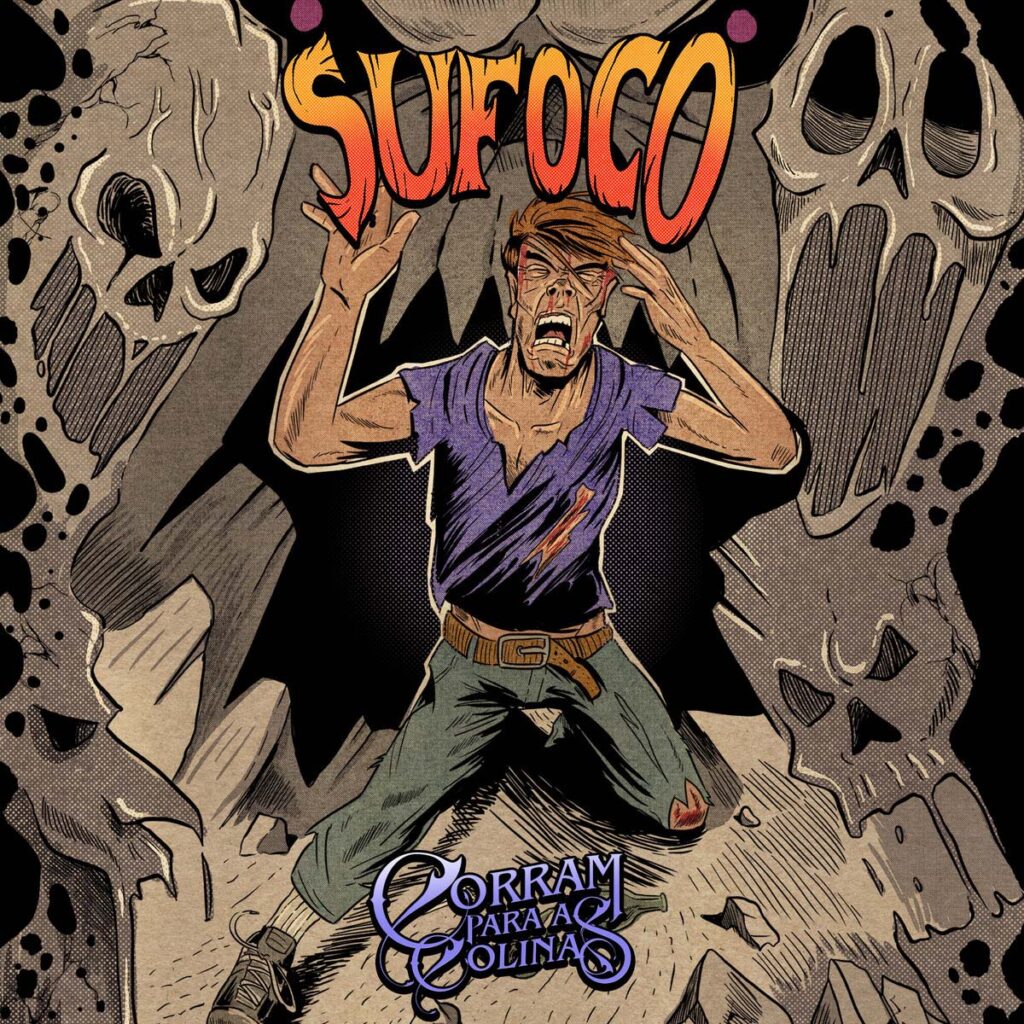 Watch a music video for the latest single »Sufoco« taken from the upcoming EP by Brazilian stoner metal trio Corram Para As Colinas.

Corram Para As Colinas is formed by Gustavo Slomp (bass and vocals), Marcio D’Avila (guitar and vocals) and Andre Wlodarczyk (drums). In 2016, the band released their first and so far only album, »Desalmado (Do Boquera Ato Largo)«. »Sufoco« is the first single from an EP that should be released in 2022.

“Suffocating with voices from beyond”. On top of the idea of voices in the head, the concept of the new clip by the band Corram para as Colinas shows the trio playing in a desolate, dark and hellish place, as if representing the head of the character, which gradually reveals itself throughout the abstract story depicted in the video. Against the backdrop of this plot, the band presents a dense and dark aesthetic, with a more cinematic and less obvious language, while showing the members playing viscerally in this scenario. 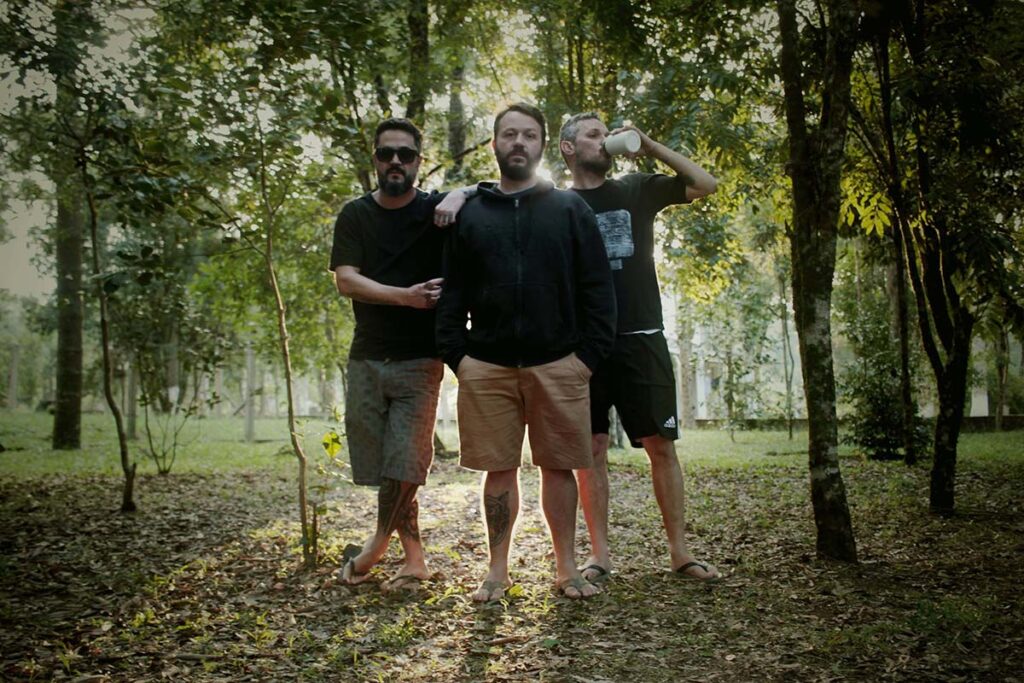 The scene and photography were directed by Gabriel Lunardi, who had already worked with the musicians on the clip for the single »Dilúvio« (2019). The members themselves also worked on the artistic production of the scenery, which was 100% raw, and was transformed to represent the idealized environment in the best “do it yourself” style, which is not always out of desire, but due to the difficulty of capitalizing resources to production, as in most underground endeavors.