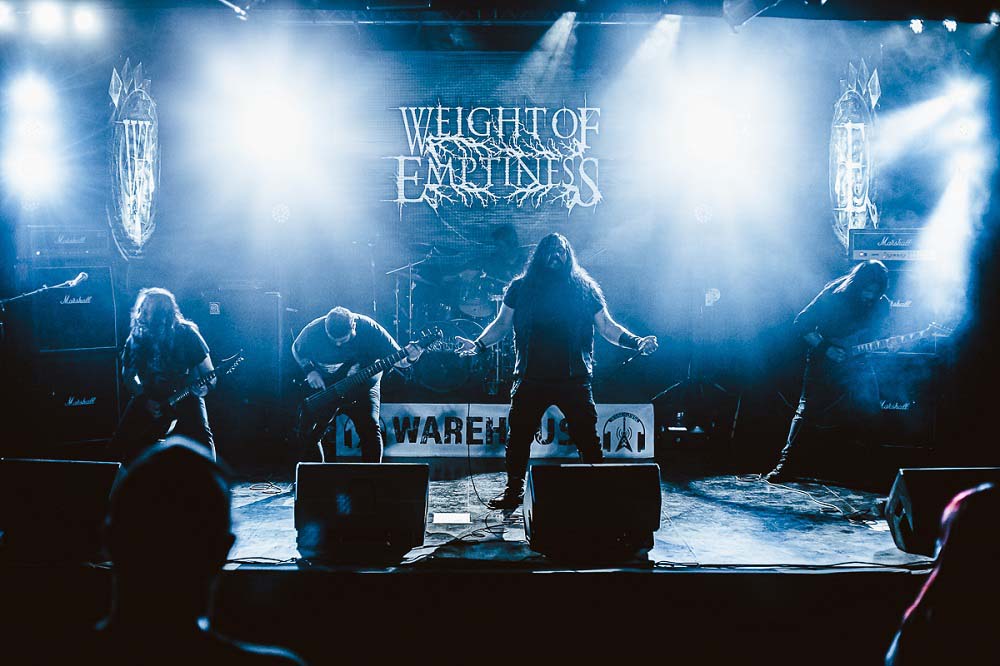 The show was recorded without an audience at Warehouse Studios in Santiago, capital of Chile, on November 14, 2020 and was broadcast live via streaming for all who bought the advance ticket online. The hour-long show contains the best of their albums »Anfractuous Moments for Redemption« and »Conquering The Deep Cycle«, the latter winner of the Escuchar Award 2021, for Best Extreme Metal Album. In addition, the band presents the song »Defrosting«, which will be part of the next album that the band is preparing.

Weight Of Emptiness was formed in 2015 in Santiago, Chile and they have released two full-lenght albums, »Anfractuous Moments for Redemption« (2017) and »Conquering The Deep Cycle« (2019). At present the band is formed by Alejandro Ruiz in vocals, Juan Acevedo and Alejandro Bravo in guitars, Mauricio Basso in drums and Mario Urra in bass.