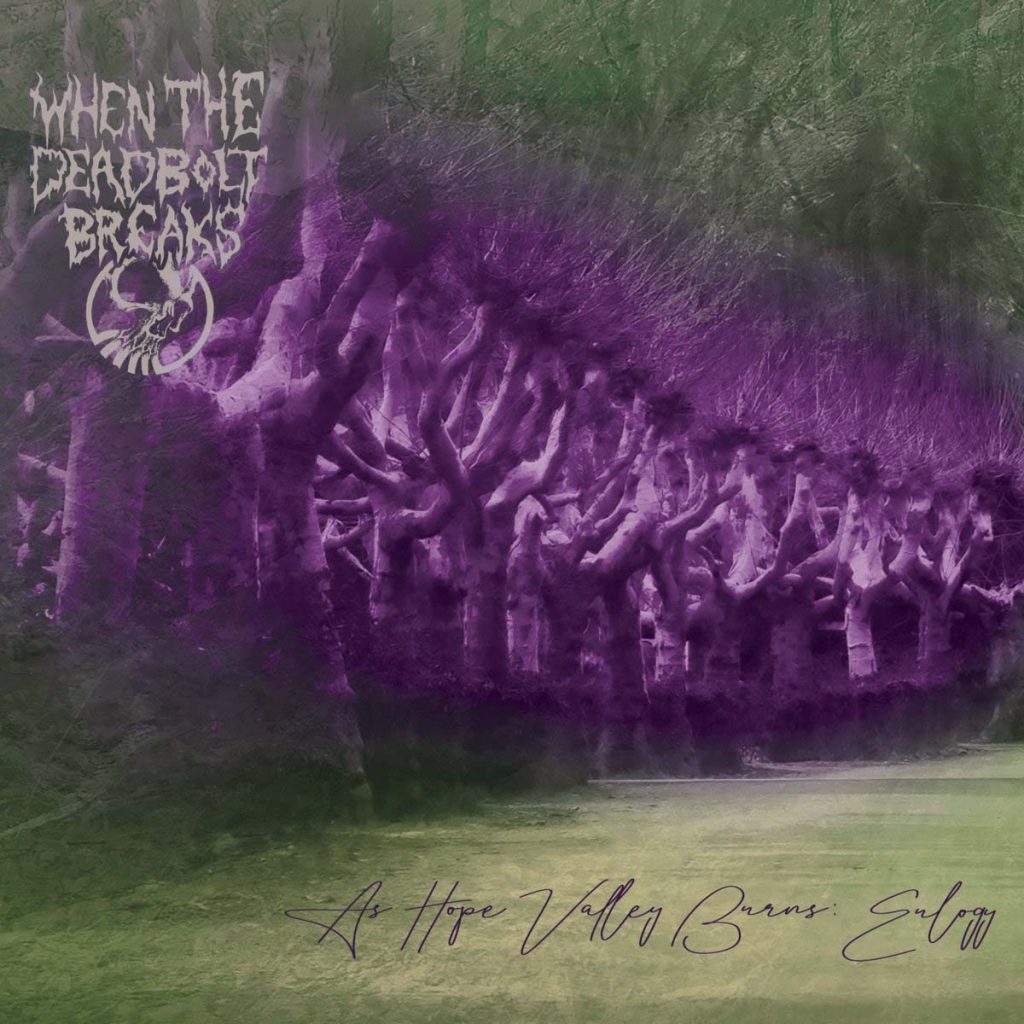 The newest album from Connecticut psychedelic doom band When The Deadbolt Breaks is now streaming in full. The Sleeping Shaman is hosting the exclusive premiere of »As Hope Valley Burns: Eulogy«.

When The Deadbolt Breaks have joined forces with Electric Talon Records for the release of their 9th album, »As Hope Valley Burns: Eulogy«. Featuring four original tracks and a mind-bending cover of The Doors’ »Not To Touch The Earth«, »As Hope ValleyBurns: Eulogy« ushers in a new era of doom.

Electric Talon Records will release »As Hope Valley Burns: Eulogy« on digital, CD and vinyl formats on October 31. Pre-save the album at ffm.to/wtdbahvb

“»As Hope Valley Burns« and »As Hope Valley Burns: Eulogy«, are unique albums for When The Deadbolt Breaks. We have pushed our boundaries sonically. Originally recorded with the intention of a 10-song record, we found that the length of the songs did not fit the time frame of a single release. The decision was made to split the songs up, and release it as essentially, part one and part two. The heavy is heavier, and the mellow, spacial parts are even more so. Akin to our first few records, we have returned o more aggressive drumming, and psychedelic spaces, yet this record has a certain depth and maturity to it that was missing in the past.” 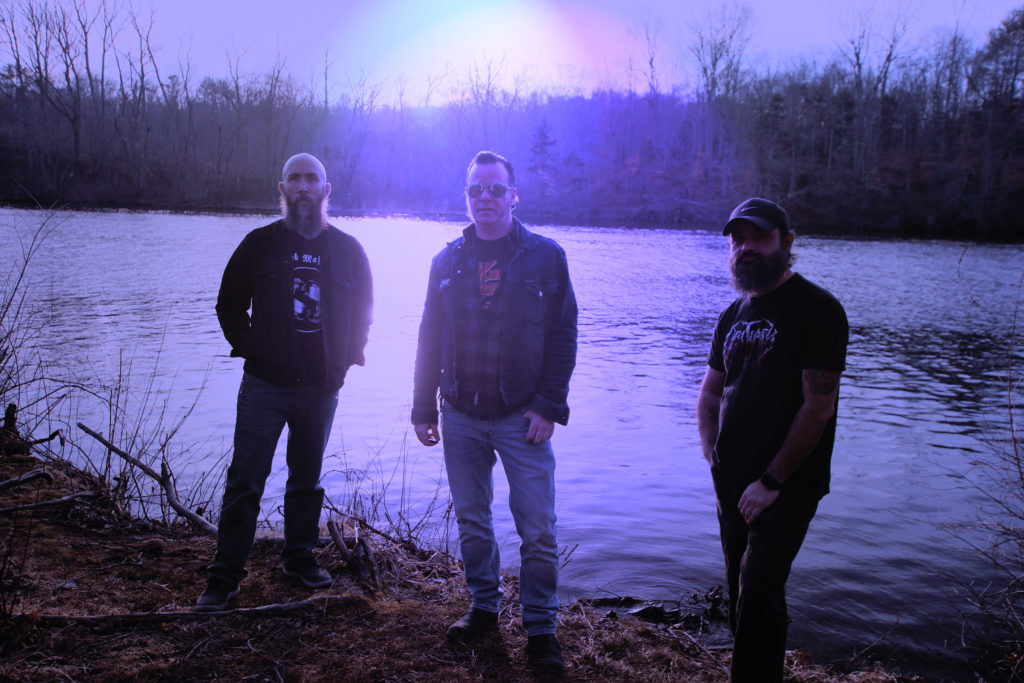 The album was written and recorded during the early part of the pandemic, sonically reflects uncertainty and hopelessness with massive volume. With gorgeous artwork crafted by Leanne Peters, and layout by the infamous Bill Kole, this album is a monstrous sculpture of beauty, angst and despair.

About When The Deadbolt Breaks:

For over fifteen years, When The Deadbolt Breaks has lurked in the dark corners of underground metal. With a doom style both psychedelic and unsettling, the band is singer/guitarist Aaron Lewis’s gritty vision of life on the subcultural fringes of New England society.

And no, not that Aaron Lewis from New England.

When The Deadbolt Breaks’ music has been labeled many things -heavy, daunting, overwhelming, unnerving- but Lewis has always struck a balance between the ugly and beautiful: long compositions wade through detuned, discordant, and murky sludge before shifting into melodic ambient space rock territories, and back again. It’s not hard to see that cinema is often what informs Lewis’s songwriting: the grueling discomfort of E. Elias Merhige or the surreality of David Lynch have provided as much inspiration as his musical influences.

Devised at a time when metal-core formulas saturated New England, Lewis went in the opposite direction. “We were too slow for hardcore shows, and just too weird for normal metal bills. There were a lot of crossed-arms in the audience, when people didn’t know what to make of us.” Lewis laughs. “They still don’t, sometimes.” 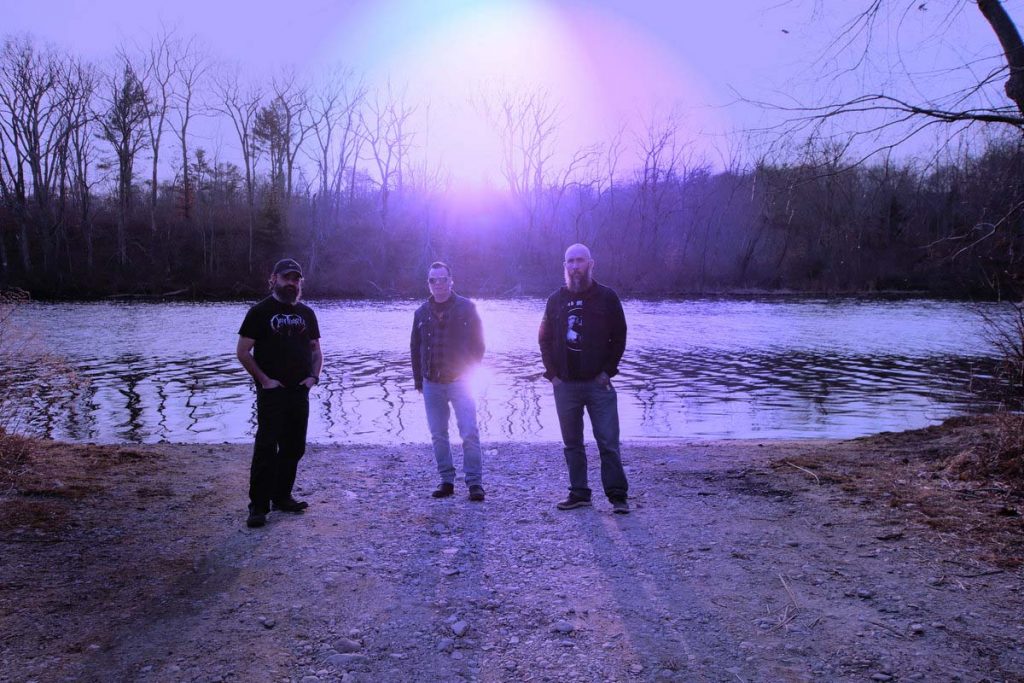 Indeed, When The Deadbolt Breaks has never feared alienating listeners with lurching pieces that often reach past the ten-minute mark. “When The Deadbolt Breaks is very much personal for me on many levels. It’s an outlet of all or most of my angst, negativity, creativity and of course volume therapy. It partially started as rebelling against all the music that was popular at the time, and became a very important part of my life. It’s heavy in the soul and carries a ton of personal emotion.”

In 2020, drummer Rob Birkbeck (ex-Holding On To Nothing, Sentinel Hill, Tallest) and bassist Charlie Sad Eyes (Crawl Below, ex-Holding On To Nothing, Sentinel Hill) entered the fold. Using the absence of live music forced by Covid-19, Lewis and Birkbeck filled the time with writing the bands eighth full-length, »As Hope Valley Burns«. Lewis comments “Rob and Charlie have been close friends of the band for years. In 2020, after Mike Parkyn and Randy Dumas left for personal reasons, Rob stepped in seamlessly on drums, and Charlie filled the bass/backing vocal position. This has propelled the band into a new, more extreme and more dynamic space musically.”

The band is no stranger to the stage, having played the SXSW, New England Stoner & Doom Fest, and toured the southwest in 2018. As the pandemic recedes, the Connecticut three-piece looks forward to bringing Lewis’s dark vision back to the stage, unleashing “As Hope Valley Burns” on unsuspecting and often unprepared audiences. “This is the eighth album, and is a unique one for When The Deadbolt Breaks. We have pushed our boundaries sonically. The heavy is heavier, and the mellow, spacial parts are even more so. Akin to our first few records, we have returned to more aggressive drumming, and psychedelic spaces, yet this record has a certain depth and maturity to it that was missing in the past.”