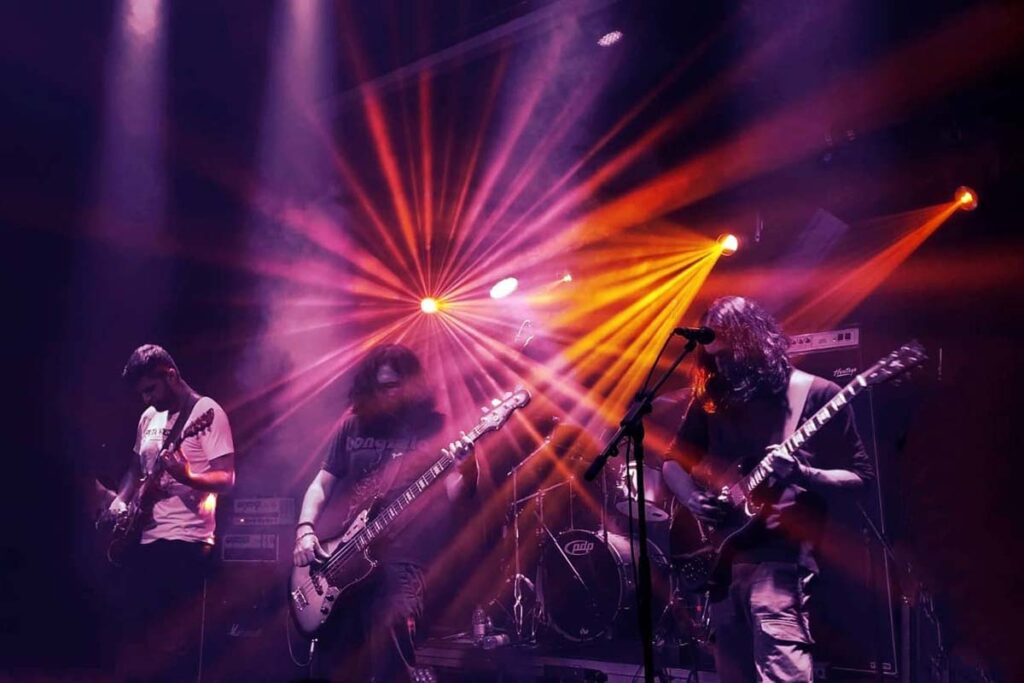 Athens, Greece based stoner prog rock band Wormhog share a music video for the track »Wormhole« from their latest album, »Yellow Sea«, which was released on December 12th, 2020 via Electric Valley Records.

Says the band: “The creation of this music video was an unprecedented experience for us, as we managed to visualize our music and express ourself through a different medium. We are grateful that we were surrounded by people that shared our vision and helped us implement it. Special thanks to Alex Kyrtsoni and the “Free self-managed theater Embros”. We couldn’t have done it without you.”

“Far from the eye, illusions and realities blend. Next to this true join, our life is the dream.”