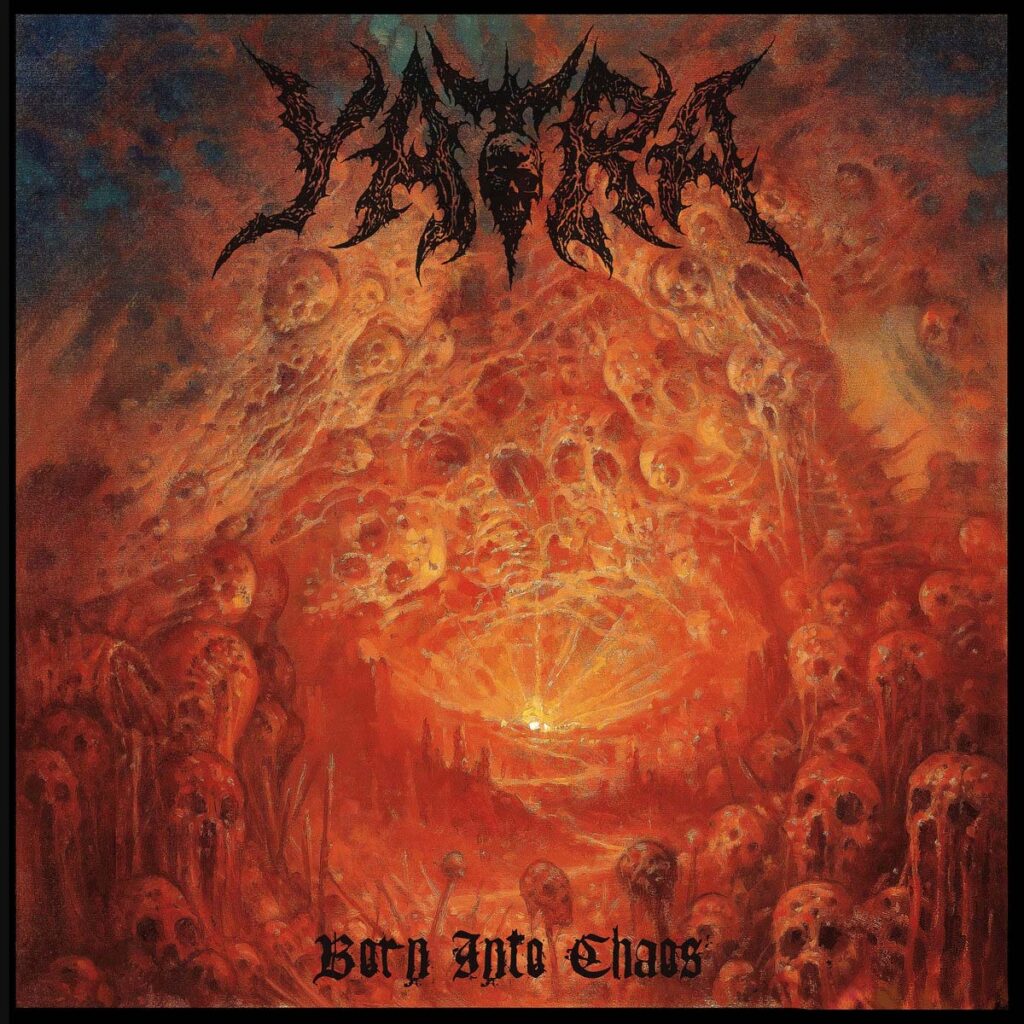 Maryland death/sludge reapers Yatra premiere a music video for the new single »Terminate By The Sword«.

»Terminate By The Sword« is the first single taken from their upcoming full-length album, »Born Into Chaos«, scheduled for release on June 10th, 2022 via Prosthetic Records.

Having recently signed to Prosthetic Records, Maryland-based death metallers Yatra have announced their new album – the band’s fourth and their first with Prosthetic – »Born Into Chaos«, due for release on June 10. The album sees the power trio evolve from their doom-sludge origins and unfold into brutish death with scorched black edges. Alongside »Born Into Chaos«’ announcement, Yatra have shared the lead single, »Terminate By The Sword«, and its accompanying music video. Directed by Thomas Hughes, »Terminate By The Sword«’s visual sees Yatra pay homage to the horror films they hold dear.

Stream »Terminate By The Sword« via Apple Music, Tidal, Deezer, Bandcamp and Spotify.

Speaking on the album announcement, Dana Helmuth (guitar/vocals) comments: “»Born Into Chaos« is just old-school death metal with some blackened sludge thrown in, that’s our roots, and we went back into it. There are no slow songs anymore and no fuzz. The drumming is all different now—with double bass and blast beats. So, we are really a different band completely. We almost changed our name because we are such a different band now than our first album.”

Of »Terminate By The Sword«, Helmuth adds: “»Terminate« has an epic, heavily syncopated riff and rhythm to start and then a cool thrash part and a fun bridge, this one has a sick video (again) by Ritual Video in Wales. Kind of a take on classic trashy murder-horror films we like.” 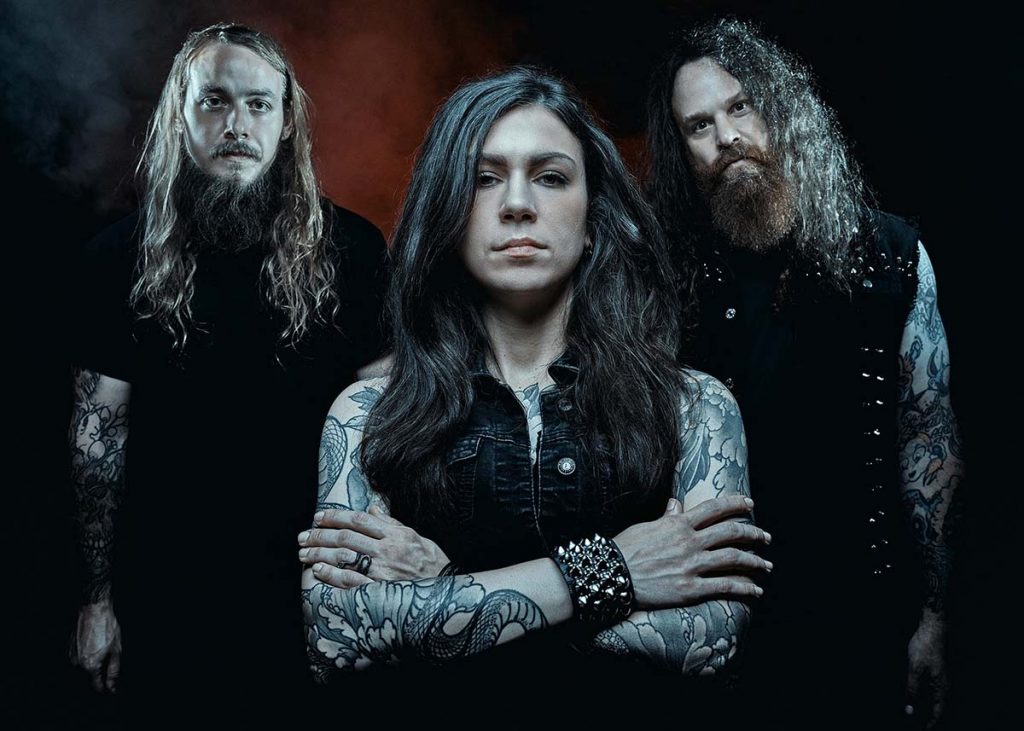 Written during the pandemic, »Born Into Chaos« combines the uncertainty of the times and the desire to push forward at all costs. The group often jammed, while Helmuth constantly wrote, always looking to up his game. Riffs were hammered out via voice recorder and exchanged with drummer Lafferty and bassist Geisbert to keep the collaboration between members alive and productive. All eight songs were birthed frenzied and combative. Clearly, Yatra weren’t ready to capitulate or sacrifice re-discovered instinct.

»Born Into Chaos« was recorded by Yatra, engineered by Noel Mueller (Foehammer, Myopic) at Tiny Castle Recording in Towson, Maryland. Mueller also handled the mix. The band then onboarded Brad Boatright (Sleep, Monolord) at Audiosiege in Portland, Oregon, to master. The team’s primary goal was to give Yatra heft, grit, and power on new songs like »Born Into Chaos«, »Terrorizer« and »Tormentation«. Truly, from the first to the last spin, there’s no escape from Yatra’s feral charge on »Born Into Chaos«.

Like their 2020 full-length, »All Is Lost«, Yatra’s »Born Into Chaos« will come adorned in a Paolo Girardi (Power Trip, Black Breath) while also revealing a revamped logo by renowned artist Mark Riddick (Nunslaughter, Revel In Flesh). Draped in straightforward yet probing lyrics and supported by a killer horror-inspired video for »Terminate By The Sword«, »Born Into Chaos« exposes the bone of Yatra’s complete transformation. The group’s new album will see them chart new courses for North America and Europe in 2022 and 2023.