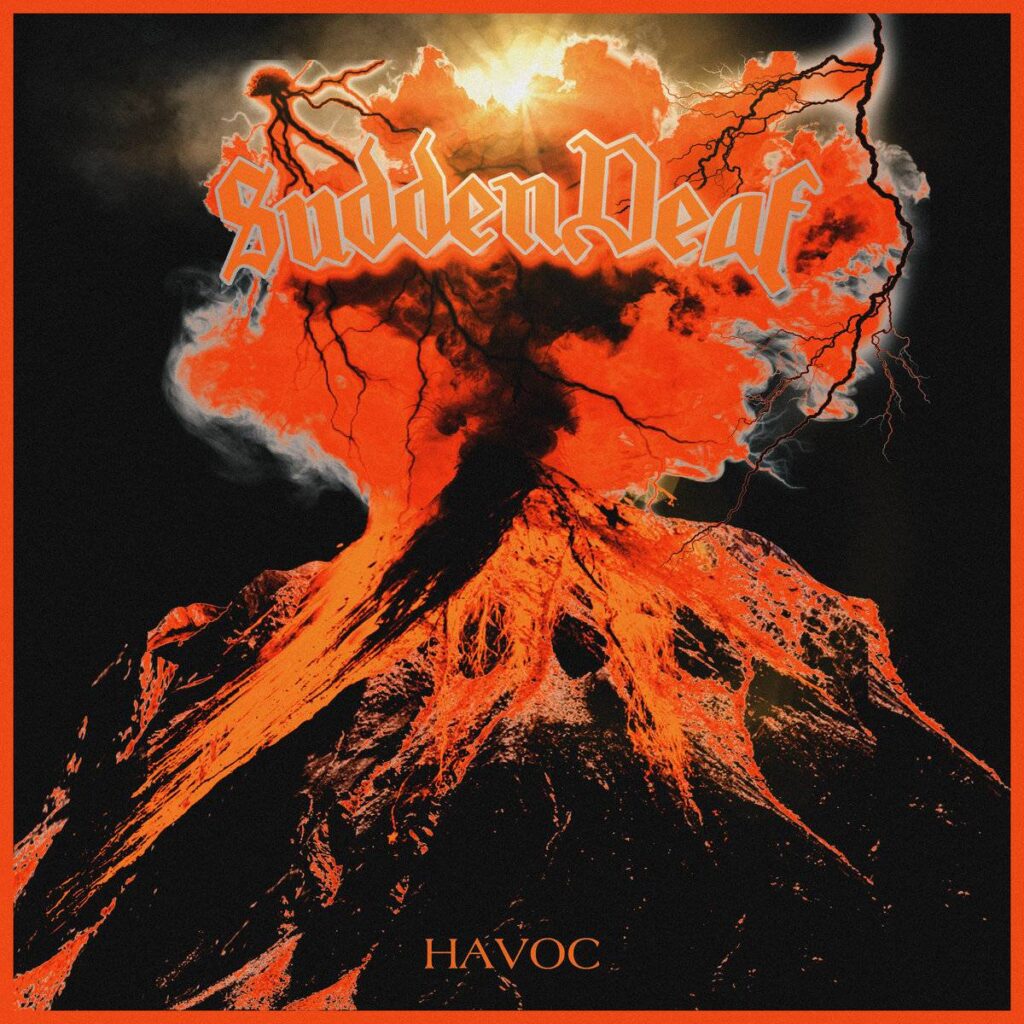 All songs written by Sudden Deaf.
Recorded and mixed by Charles Godfrey at Scary American Studios.
Mastered by Dan Shike at Tone and Volume Mastering.
Album art by Jace Kempers of Heavy Flyer.
Back cover photo by John Rosales of A Third Eye.

Hard rock outfit Sudden Deaf are streaming their new album »Havoc« now at Ghost Cult Magazine ahead of its release on October 7th.

The band commented: “Our debut full length is here and we couldn’t be more ready to release it to the world. Heart and soul; Blood, piss, and sweat poured into the making of this album and the result »Havoc« reflects this state of heart and mind. We hope you all can find something to relate to within; turn it up and blast it full volume. Thanks for listening.”

Kicking off with the raucous riffs of »Goin Down«, »Havoc« begins as it means to go on. Blasting guitars and soaring vocals combine explosively. Sudden Deaf’s latest single »Mind Control« saw the quartet unveiled another side to their sound. Traditional and classic rock elements power through the track with fast-paced distorted riffs, soaring vocals harmonies and groove motifs. »Raging Storm« diverges down a dark path with a moody atmosphere manifesting from the instrumentation. »Headhunter«, the first single from the album, delivers the tale of a Viking and delves into emotions of rage, greed, lust and distain that we all experience. Delicate guitar melodies form the interlude »Dusk«, before returning to the heavy chaos of »City In The Sea«. Groove rhythms and catchy motifs accompany dark lyrics in this poignant finale. 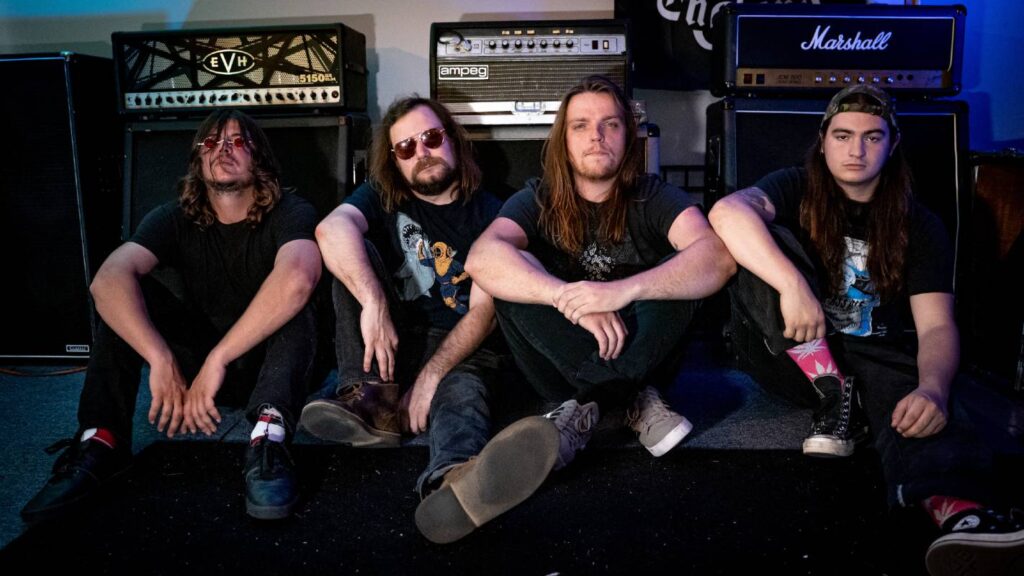 Sudden Deaf bring an unrelenting energy that bleeds through their music. Crafting their compositions and instruments carefully to construct an unbreakable wall of sound, with each element balanced for maximum impact. Turn your speakers up to eleven and experience the sheer impressiveness of Sudden Deaf’s »Havoc«.