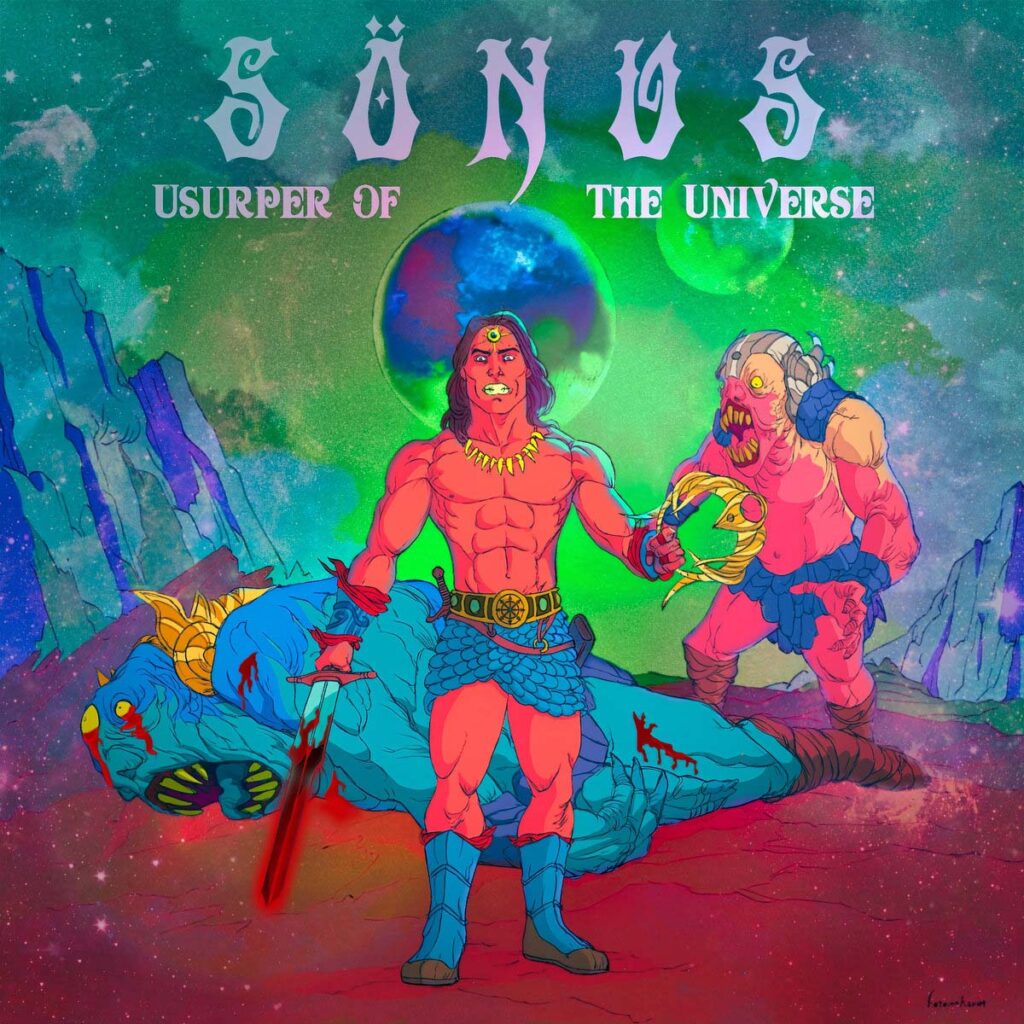 San Francisco, California based psychedelic space rock act Sönus announce their new album, »Usurper Of The Universe«, which will be released on February 5th, 2022 via Forbidden Place Records.

Listen to the title track »Usurper Of The Universe« below!

Mastermind David Wachsman comments: “Well, shucks, I’m absolutely flattered, thanks so much for the kind words Doom Heart! And with that, what better way to announce that the new album »Usurper Of The Universe« is available for digital pre-order on the Bandcamp page now, where you can stream the title track, with CDs, Cassettes, and Merch incoming from Forbidden Place Records, so make sure to follow them as well! All coming February 5th!”

From Worlds Undreamed Of, the Usurper comes…
In the follow up to 2020’s »Worlds Undreamed Of« Sönus is back; heavier and more far out than ever with an album that aims to conquer the cosmos! Building in vivid psychedelic splendor like a 2-tab acid trip, this new album takes you on a pulpy journey from blighted worlds of apocalyptic terror to the blood-strewn thrones of the gods, wading your mind through a river of intergalactic gore and grandeur to the very edges of the known universe, and beyond! »Usurper Of The Universe« dares to yank on the spine of god, cackling at the cosmic joke as the world plunges into a paranoid panoply of paradox and parody… Smoke ’em if you’ve got ’em!