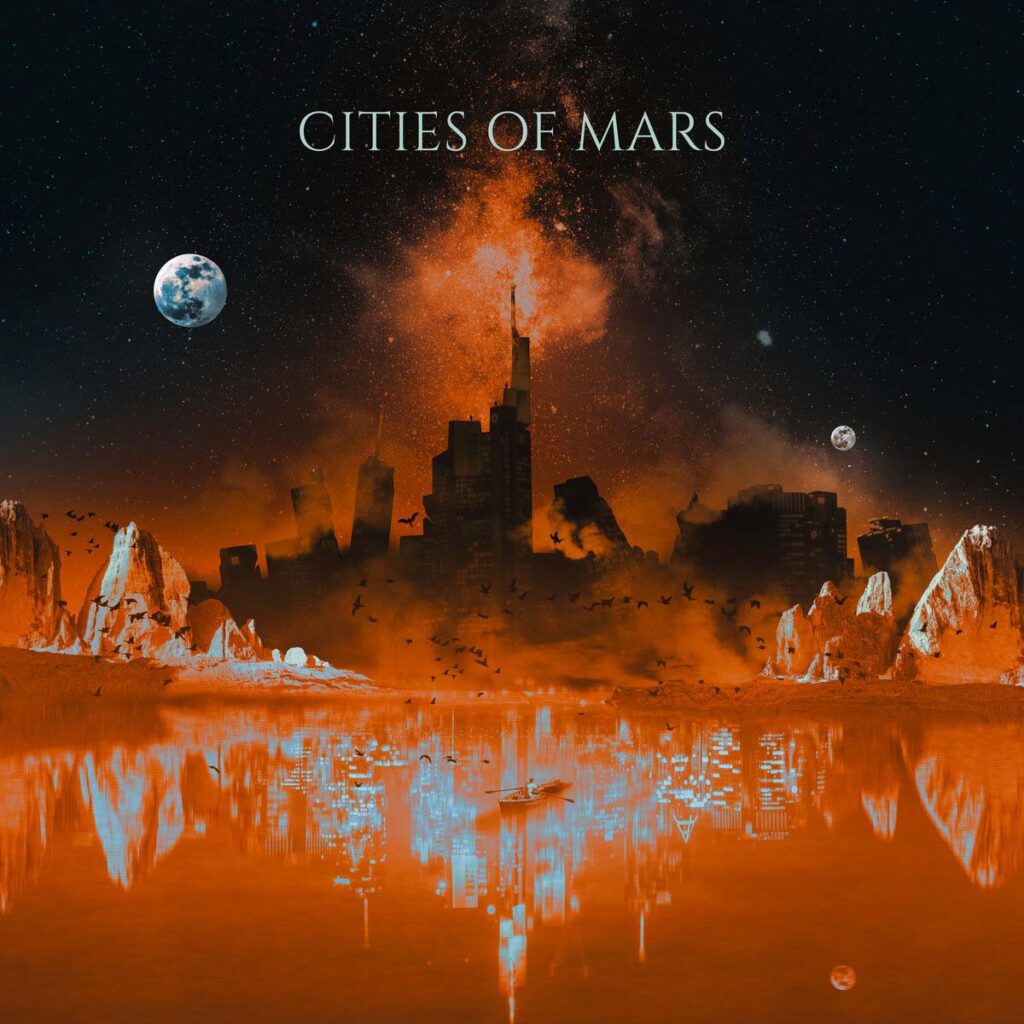 Swedish cosmic doom trio Cities Of Mars share a visualizer video for the second single »A Dawn Of No Light (Chthon)« taken from upcoming self-titled studio album, set to release on May 20th, 2022 via Ripple Music.

Swedish doom cosmonauts Cities Of Mars team up with Metal Injection to present the second single taken from their new album »Cities Of Mars«, due out May 20th on Ripple Music. Get into the heaviest space opera ever with their new track »A Dawn Of No Light (Chthon)«!

Cities Of Mars combine earth-rumbling riffs with ambient soundscapes and haunting vocal harmonies reminiscent of bands like Baroness, Kylesa or The Sword for an overall adventurous sonic escape. Each song on the new album adds a chapter in the band’s ongoing story, where a KGB cosmonaut crashes on the Red Planet in 1971 while on a covert space mission. She discovers an ancient Martian city and awakens a sleeping conspiracy from the dawn of humanity…

About the track, the band says: “Chthon, the deep underbelly of the sparkling city of Hathra, is a dark and haunted place. Legions of slaves spend their short and brutal lives mining ore and mushroom fluids, sending riches and resources to a surface world they will never see. Housing complexes cut from raw stone sprawl the underground caves, where screams are drenched by the sound of steaming machines and chains. Desperation and rebellion lie in the smoke-filled air. The enslaved gather at the gates.” 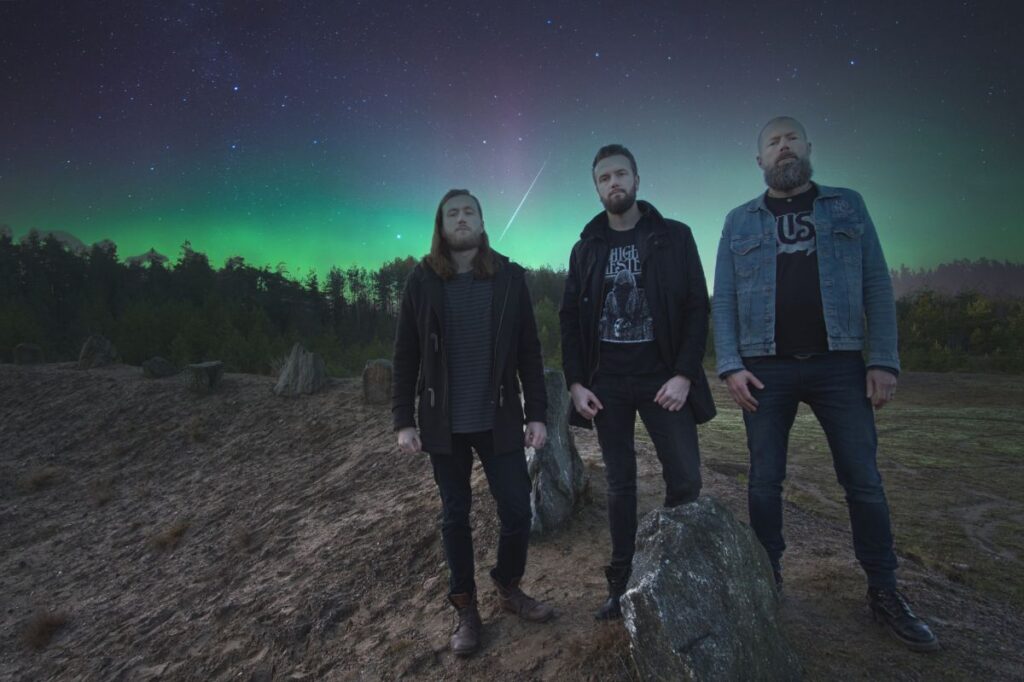 This self-titled third album is even more rooted in the Cities Of Mars’ evolving storyline, with each song adding another piece to the puzzle by telling a story of each of the seven cities on the Red Planet. Seven years of existence as a band, several European tours and countless hours of relentless 105 dB creativity later, the Swedes present their widest sonic palette to date, including acoustic songs, more intricate vocals and prominent electronic soundscapes, all recorded by the band but mixed and mastered by Kent Stump (Wo Fat) at Crystal Clear Sound studio in Texas.

Formed in 2015 by Danne Palm (vocals, synth, bass), Christoffer Norén (vocals, guitar) and Johan Aronstedt (drums, vocals), their first two songs were recorded into a single produced by Esben Willems (Monolord/Berserk Audio) and released for the band’s first live show at the Wizard of Fuzz Festival. 2016 saw the release of ‘Celestial Mistress’, a three-song vinyl EP with the captivating artwork of Gothenburg-based graphic artist Axel Widén and the band’s first European tour. More shows and new songs followed into 2017 when the album ‘Temporal Rifts’ was released with a three-week tour through Europe. Cities Of Mars didn’t stay idle and have sharpened their songcraft to release ‘The Horologist’ through Ripple Music in April 2019. The band consequently performed at Desertfest London as part of a 22-show tour across Europe.

Their third full-length »Cities Of Mars« will see a May 20th release on Ripple Music. From the ethereal melody of the ghost city of Sarraqum in »Reflected Skyline«, the haunted skyscraper riff of »Towering Graves«, to the desperate howls from the buried city of Methusalem in »The Prophet«, this album represents all the musical facets so far of Daniel, Chris and Johan in their quest for not only the heaviest of riffs but also great melodies, hooks and the occasional 80’s throwback. Artwork was designed by Mirkow Gastow.