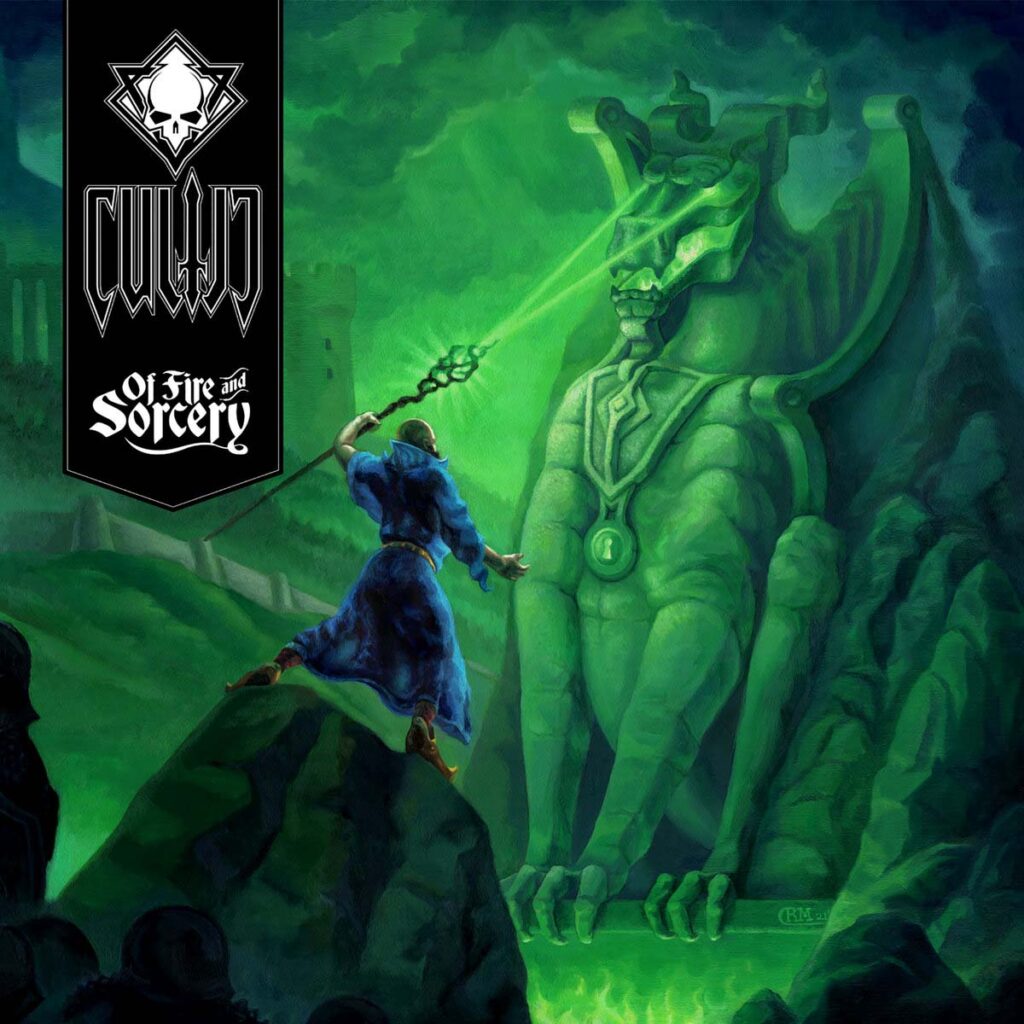 York, Pennsylvania based dark dungeon doom act Cultic announce their sophomore album, »Of Fire And Sorcery«, which will be released on April 22nd, 2022 via Eleventh Key.

Watch a music video for the first single »Beseech The Olden Throne« below!

Take heed! Cultic have emerged from the battlefield to unleash their sophomore curse upon you! The album »Of Fire And Sorcery« will be released on CD-r and digital on 22 April 2022 via Eleventh Key.

Cultic was initiated in 2016 by Brian and Rebecca Magar (both also part of the dark ambient/tribal band The Owls A.N.W.T.S). The York, PA husband/wife duo soon offered the first taste of their wizardry on the »Prowler« demo in 2017. Recruiting the bassist Reese Harlacker, Cultic forged their own brand of fantasy-based, battle-death/doom/punk-metal crossover on the 2019’s debut, »High Command«, a conceptual album telling an archetypal story of rival powers – strength, will and dominance are recurring themes throughout.

The upcoming album, »Of Fire And Sorcery«, is a psychedelic journey through a world where magic and might are paramount. From this realm, Cultic weave a bizarre tapestry of extreme doom, death metal, black metal, traditional heavy metal, martial industrial, and dungeon synth – an amalgamation that propels listeners into an outlandish universe. »Of Fire And Sorcery« proves that Cultic’s mystique and high art concepts are unwavering and ironclad. The cover artwork, painted by the drummer Rebecca Magar, pays homage to the summoning of the dragon seen on Cultic’s debut »High Command«. Placing both pieces of art side by side forms a diptych that unveils a new chapter in the Cultic narrative. Each song on the album is visually represented within the album art, either literally or figuratively. 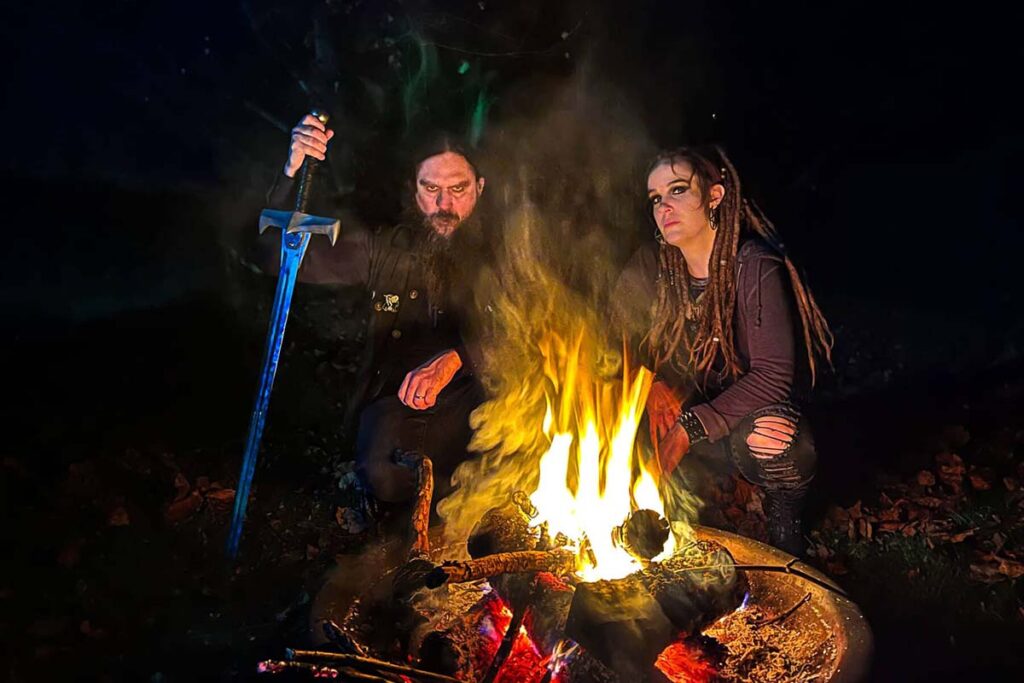 Though not noted on the album, Rebecca Magar sings half of each verse on the bonus track »Iron Spider«. The song stems from a long-running inside joke (rumor has it that an Iron Spider lurks in Brian and Rebecca’s lawn).

Cultic had a series of setbacks during the pandemic: Coronavirus and their bassist Reese Harlacker’s move to North Carolina forced the band to record remotely from late 2020 into early 2021. Cultic transitioned to a two-piece duo due to Reese’s departure.

The »Of Fire And Sorcery« CD release show is slated for 30 April 2022 at the West York Inn in York, PA. They will be playing alongside Altar And The Bull (evil black doom from Pittsburgh), Spellbook (occult rock ‘n’ roll on Cruz Del Sur), Et Mors (DC death-doom merchants), and Vaelastrasz (DC dungeon synth mastery).