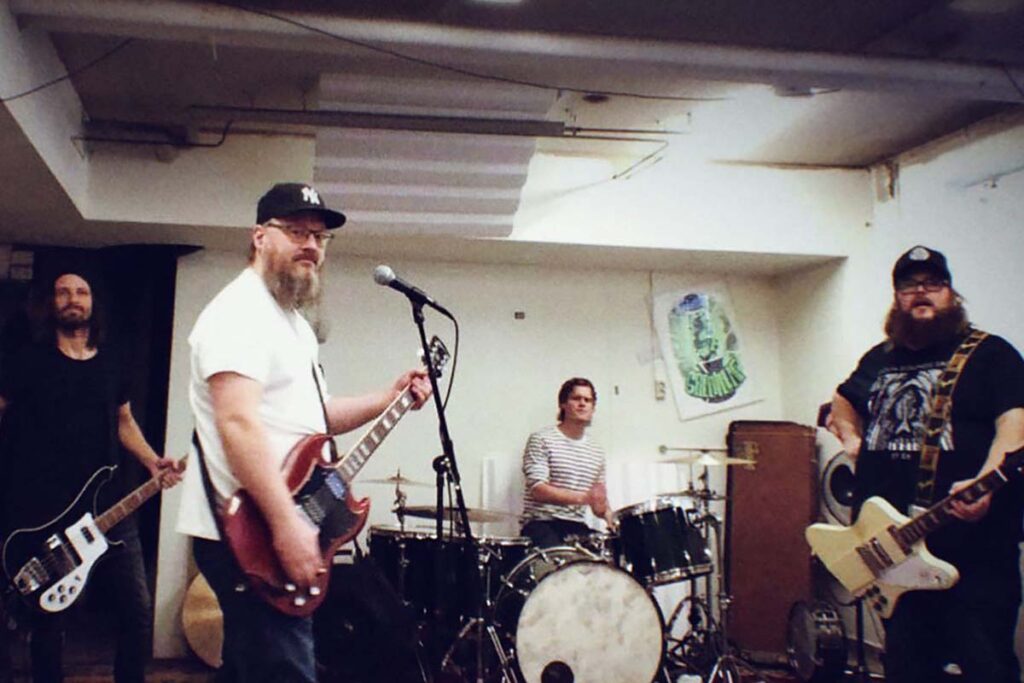 Amidst vinyl production delays and supply chain breakdowns, the best thing we can do is keep putting amazing music in the pipeline. And in light of the worldwide response to the return of Lowrider, this piece of news ought to generate at least as much enthusiasm:

Swedish desert rock legends Dozer will release their first full-length album since 2008’s »Beyond Colossal« with Blues Funeral Recordings as part of the forthcoming »PostWax Vol. II« vinyl subscription series. It’s a homecoming, as our founder originally released Dozer on his first label, MeteorCity, on both the »Welcome to MeteorCity« compilation and Unida/Dozer double EP, leading into a career that saw the band release five seminal albums and a wealth of memorable singles and EPs. Their era of peak activity saw them always crafting their sound as they matured and developed, endlessly sharpening their chops with shows and tours alongside Mastodon, Rollins Band, The Hellacopters, Spiritual Beggars, Clutch, Nebula, Entombed and more. Time passes, creativity re-ignites, friends circle back, and here we are on the cusp of Dozer’s glorious return.

Says singer/guitarist Fredrik Nordin: “Cancelled gigs. Isolation. Many full moons have passed since we were last creating music together. We came to the conclusion that we should make something positive of all this… so we started to create. The ball was in motion. Made a post on Instagram which caught the attention of our old friend Jadd. He asked if we were writing an album? Yes, we said. PostWax and Record deal? Hell yes, we said. The ball was rolling. 2022 will be one hell of a year. How it will sound? No one knows. All we can tell you is that it will be something to look forward to, because it’s gonna be one hell of a trip.”

If you haven’t joined PostWax yet, perhaps this is the final push you needed? Look out for more news on Dozer’s new record, and sign up for »PostWax Vol. II« at bluesfuneral.com.