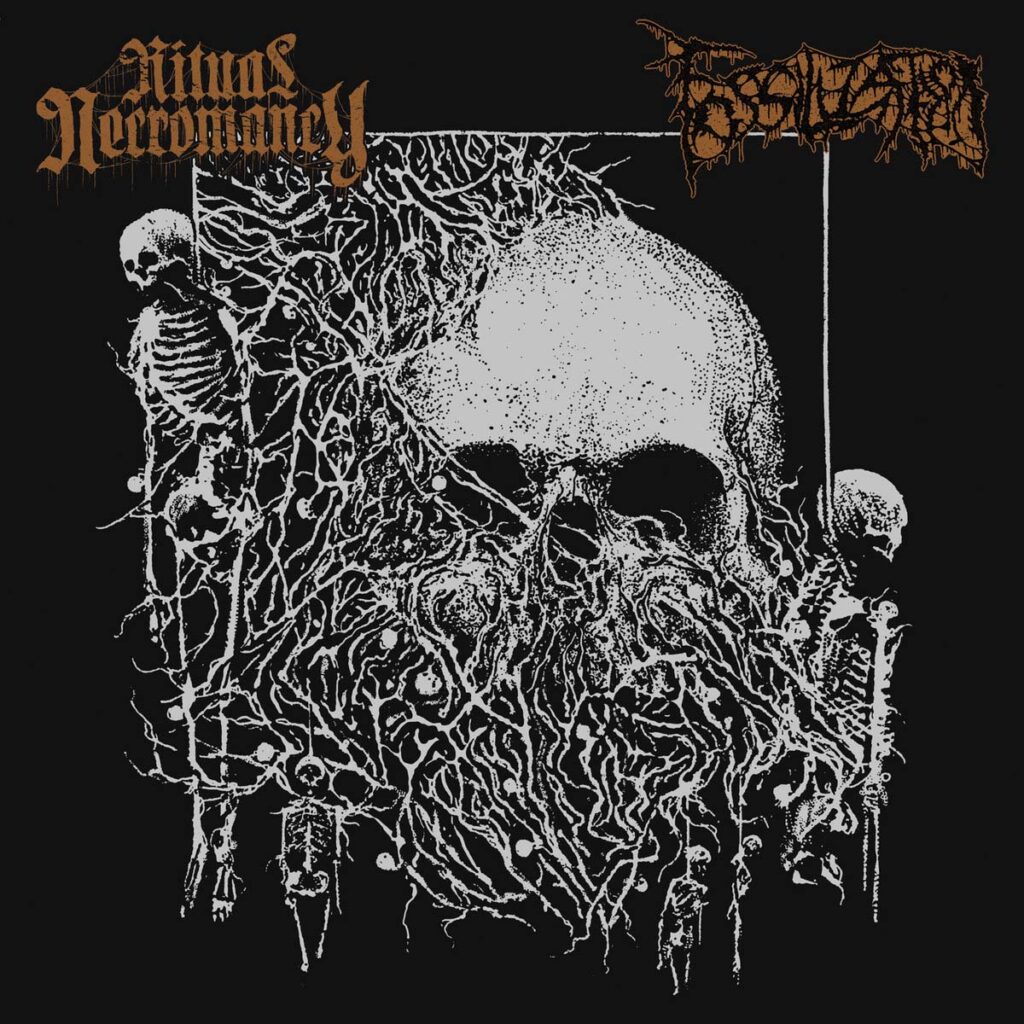 São Paulo, Brazil based death/doom metal act Fossilization premiere the first single »Exalted In The Altar Of Insignificance« taken from their split EP with the US death metal band Ritual Necromancy, set to release on February 25th, 2022 via Everlasting Spew Records.

The band comments: “Our new track »Exalted In The Altar Of Insignificance« is out now! »Exalted In The Altar Of Insignificance« will take your next seven minutes and plummet you into caverns untouched by light. While the drums blast, distortion churns and writhes like the pulse of ancient evil. The song’s doomy denouement revels in haunted melodies and somber atmospheres. The track feels like a funeral march through a boneyard. The track is part of our split album with the US entity Ritual Necromancy. Split EP out officially February 25th on CD/Tape/Digital (Vinyl later in 2022)!”

The most unholy and filthy communion of 2022! 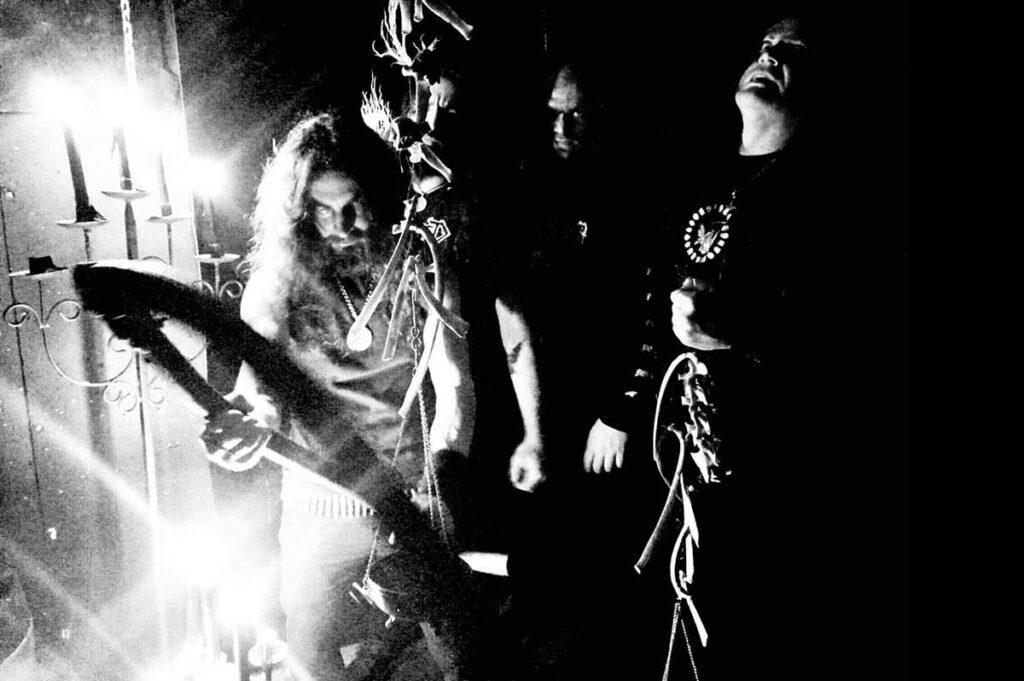 Ritual Necromancy was formed in 2007 with one goal in mind, to embody hellish and extreme death metal.
Following the 2011 release of »Oath Of The Abyss« and the »Void Manifest« EP, we had Ritual’s first European appearances at Kill-Town DeathFest and a European tour with Canada’s Mitochondrian and Auroch, as well as another U.S. tour with Bolzer. As the grave dirt settled, the band spent the next four years conjuring the barbarity and morbidity necessary to create their 2nd full length »Disinterred Horror« in 2018, release that took them touring Europe.
Now, in 2022, the tomb has opened once more and the primordial violence of Ritual Necromancy has been brought to the fore again. 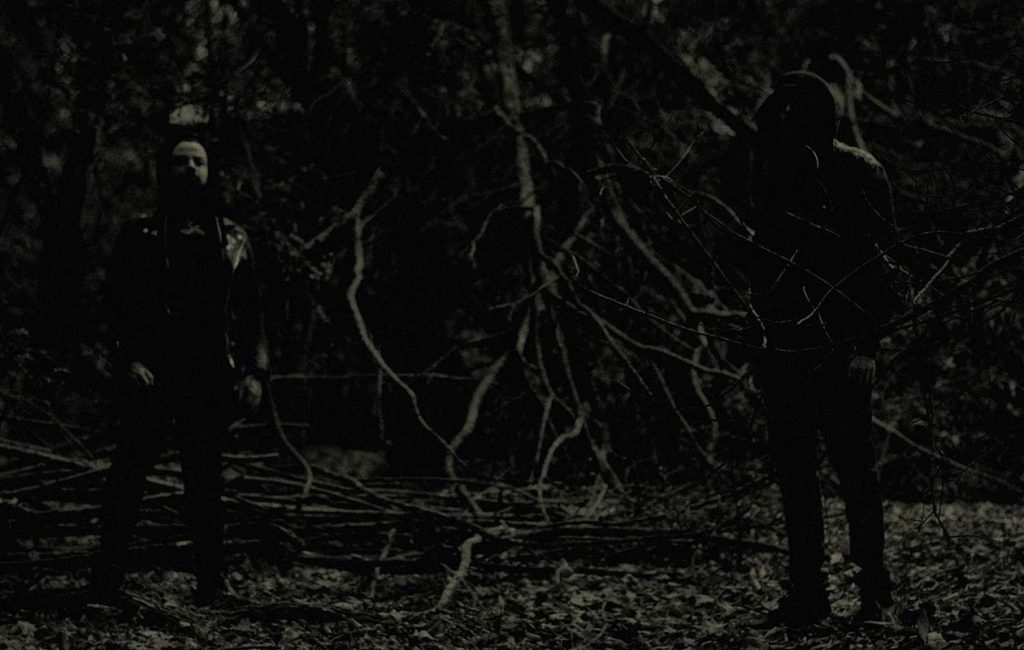 Fossilization is a death metal band formed in 2020. The duo featuring members of the sludge/death/doom metal band Jupiterian, V. (voices, guitars, bass) and P. (drums) started as an idea right after their european tour with Krypts, Father Befouled and Encoffination but since Jupiterian was still working on their last album, the project had to be delayed and it only turned to full time band after the striking of the plague.
Critically acclaimed for their debut EP »He Whose Name Was Long Forgotten« released by Everlasting Spew Records and soon available on vinyl as well, they are now back with 2 new tracks.

Ritual Necromancy side recorded by Fester at Haywire and Caravan Studios.
Mixed by Fester and K.S. at Hyper-Cube Bunker.
Mastered by Dan Lowdnes.

Fossilization side recorded by Marcus Cerutti at Hell’s Pass Studio.
Mixed and mastered by Otso Ukkonen.