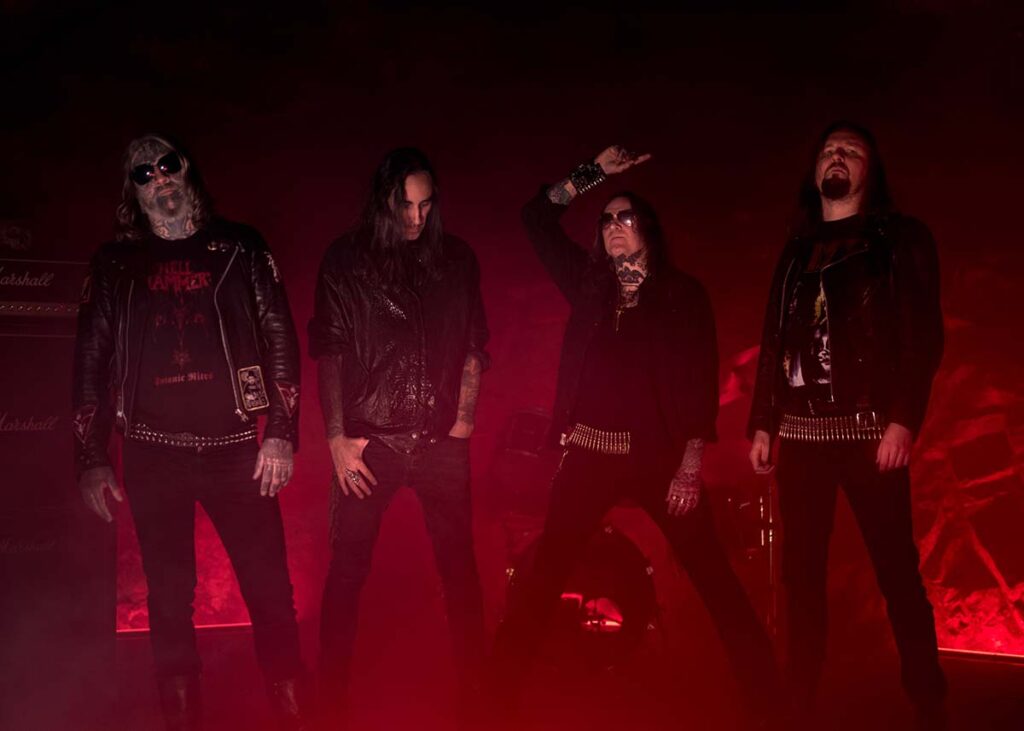 UK doom metal masters Friends Of Hell release a music video for the first single »Shadow Of The Impaler« taken from their self-titled debut album, which will be released worldwide on March 18th, 2022 via Rise Above Records.

Directed and edited by Pete Voutilainen.
Produced by Esa Valkeajärvi.

In these bleak days, we think you might agree, it’s about time we had some dark news that was actually good? Well, Rise Above Records is certainly chuffed to announce the signing of this exciting new DOOM METAL MACHINE known as Friends Of Hell. Brainchild of former Electric Wizard bassist, Tas Danazoglou, Friends Of Hell also feature the enigmatic talents of former Reverend Bizarre vocalist Albert Witchfinder.

Their fantastic self-titled album will be released worldwide via Rise Above Records on March 18th, 2022. It is a masterclass in classic doom metal. YOU HAVE BEEN WARNED!