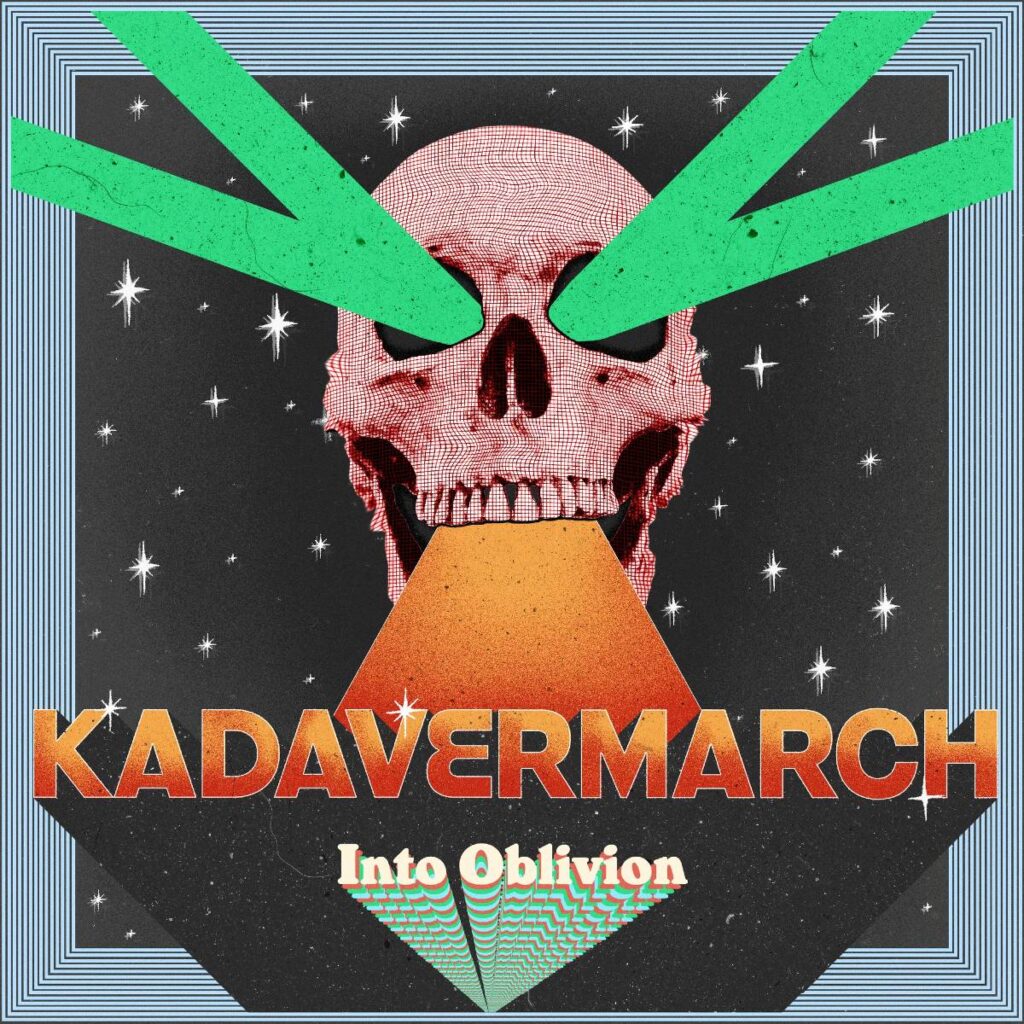 Copenhagen, Denmark based psychedelic stoner rock outfit Kadavermarch stream the second single »The Eschaton« taken from their forthcoming debut album, »Into Oblivion«, scheduled for release on May 6th, 2022 via Last Mile Records.

The band comments: “Our 2nd single »The Eschaton« just hit Spotify and will be up on Bandcamp soon! Also streaming on YouTube through 666MrDoom – check it out and have a great weekend!”

Run like hell! The last survivor stops, dead end, the wall is simply too high. The hordes stagger towards her. Hands raised, empty eyes, only thought: EAT EAT EAT!!! She too has only one thought, aim and pull the trigger. BOOM! One zombie down, but only one bullet left.

A sweet rotten smell of decay fills the air across the abandoned graveyard. The only thing that breaks the silence is the creaking sound of cracks coming from the the dry naked ground. Everywhere white crooked hands appear from the ground. Like withered flowers they move in the windless night. The corpses are yet again on the move! The Kadavermarch has begun… Five people, all with roots in the Danish underground scene, are now together on stage. The beat is heavy. Guitars, drums, bas and organ fills the soundscape. The only thing that penetrates the wall of sound are the two lead vocals.

From the graveyard to the outskirts of the galaxy, Kadavermarch rises with eternal echo, reverberation and pounding guitars to the empty void beyond. 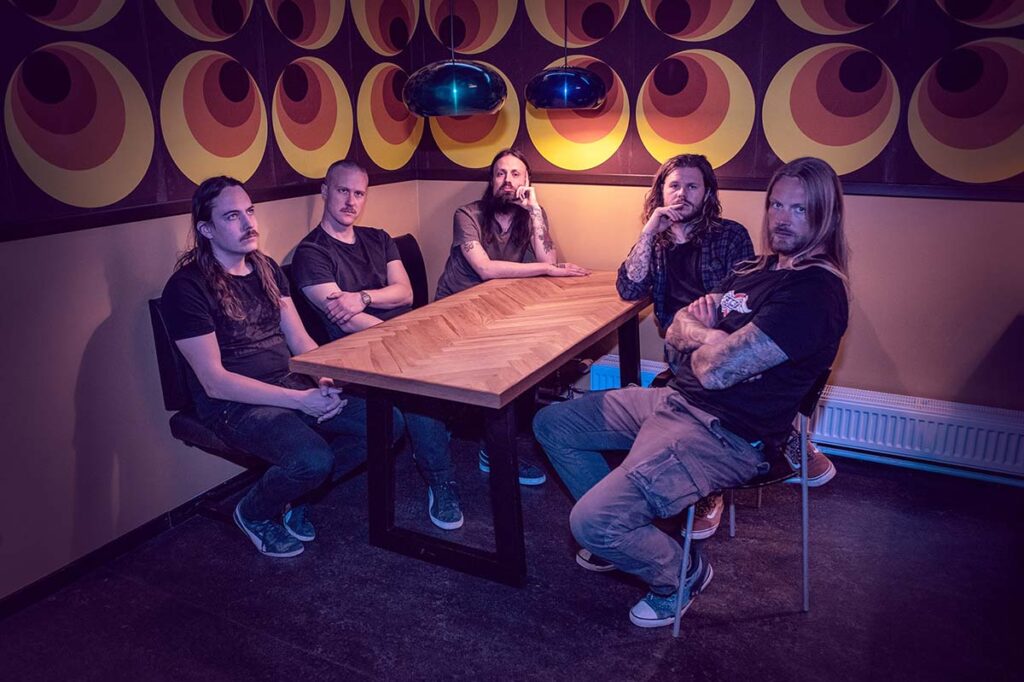 With roots well deep in the Danish underground scene in bands such as Illdisposed, Crocell, Czar, Helhorse, Tudsegammelt or Total Heels – Kadavermarch met up for the first time in the summer of 2019 to wallow in their desire to play stoner, desert rock and heavy metal. Brought together by a mysterious mutual friend, who had a fuzzy vision for a band – that he shortly thereafter abandoned. Since then, the remaining five members have developed their sound to just the right blend of the different howling noises to satisfy their riff-needy souls – and their lost friend, who could not finish what he set out to do.

»Into Oblivion« will be available on Turquoise Vinyl LP limited to 300 copies. Pre-order here: bit.ly/kadaver-into