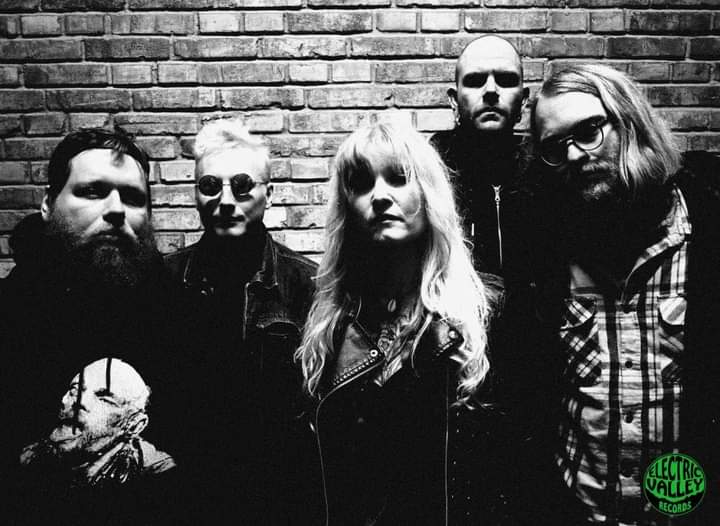 Danish heavy psych rockers Lucid Grave have signed with Electric Valley Records for the release of their debut full-length album, »Cosmic Mountain«, which will see the light in summer 2022.

Says the band: “We are honored and crazy excited about our new collaboration with Electric Valley Records. Our new album »Cosmic Mountain« will come this summer on color and splat vinyl 🦇”

Lucid Grave is a dark heavy psychedelic rock band with stoner-doomy tendencies from Copenhagen, Denmark. Their haunting inspiration emerges from the 70’s heavy rock from like Black Sabbath/Coven/Hawkwind, and to the 80’s punk scene like Black Flag/The Nuns. They been described as a tribute to the howling occult cinema from the 80’s.

In 2021 they released a single called »Surfer Bat« – A bloody upbeat 70’s heavy rock inspired song! They went back to the studio in early 2022, to record their first full-length album »Cosmic Mountain«. The album is a journey through your favorite drugs of life, the highs and the lows, being chased through the desert and fighting a haze of demons.