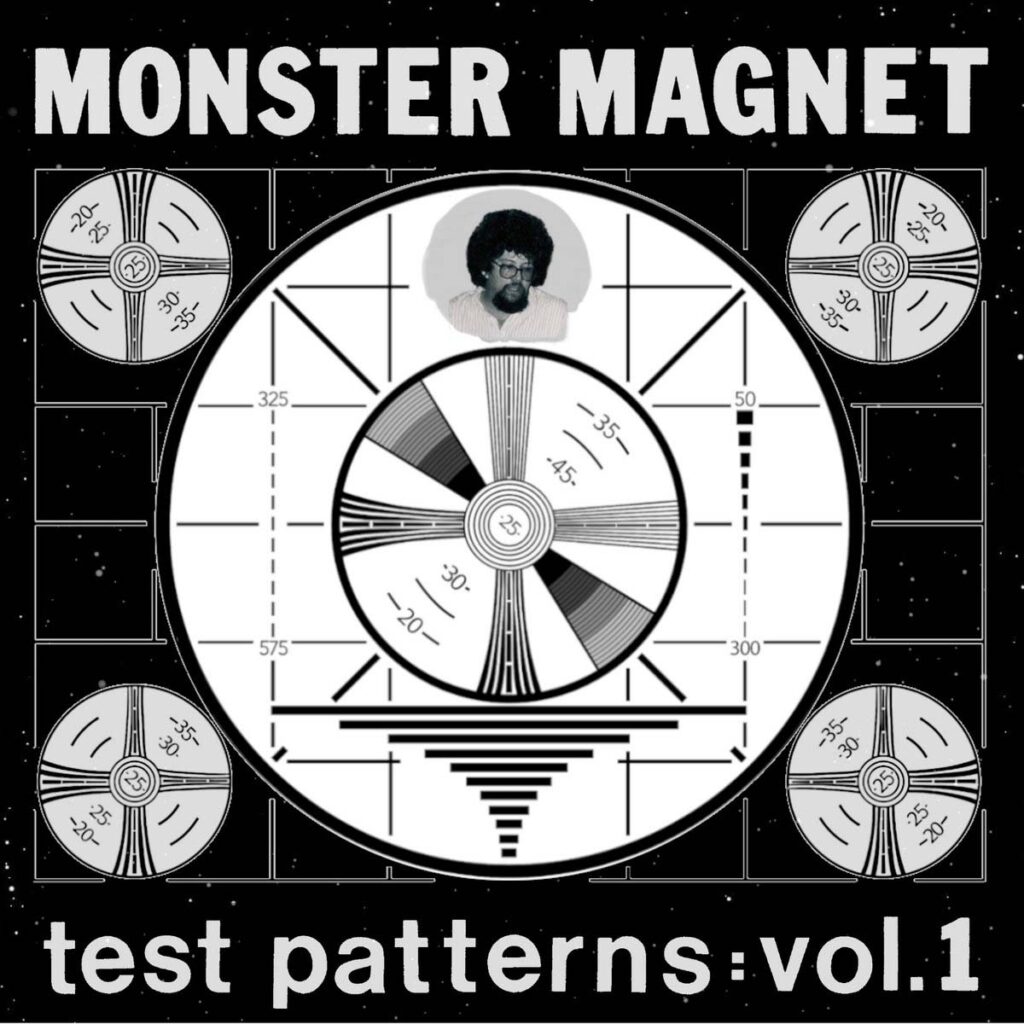 Monster Magnet have announced the reissue of early psychedelic material »Test Patterns: Vol. 1« to be released November 11th, 2022 on 12” vinyl via God Unknown Records. Featuring the return of the legendary psychedelic masterpiece »Tab«.

Born in Red Bank, New Jersey, the early days of Monster Magnet were a cosmos away from the major-label, alternative rock boom that would suck the band into the shiny MTV world of the early to middle 90s. Originally formed by Dave Wyndorf, John McBain and Tim Cronin, Monster Magnet came into the world with a lysergic ooze in 1989 with two demo tapes – »Forget About Life, I’m High On Dope« and »I’m Stoned, What Ya Gonna Do About It?« – making it perfectly clear from the start where they were coming from.

This was a band reveling in bad trips and the death of the hippy dream with a Manson Family stare, playing squelchy lo-fi psychedelic music with a rabid punk rock sneer, like The Stooges terrorizing Hawkwind at the most unpleasant free festival imaginable. There were tales of entire audiences at their gigs being spiked with LSD. It didn’t matter if this was true or not, it all added to the mystique. This was indeed a satanic drug thing, you wouldn’t understand.

Those two demos formed the base of what would become their pivotal »Spine Of God« album from 1991 and the »25…Tab« EP, which featured the mesmerizing 32-minute opus itself, »Tab«.

Long considered to be the true essence of Magnet’s early psychedelic voyages, »Tab« is finally returning to earth’s stratosphere with the release of »Test Patterns: Vol. 1«, available November 11 via God Unknown Records on 12” vinyl. 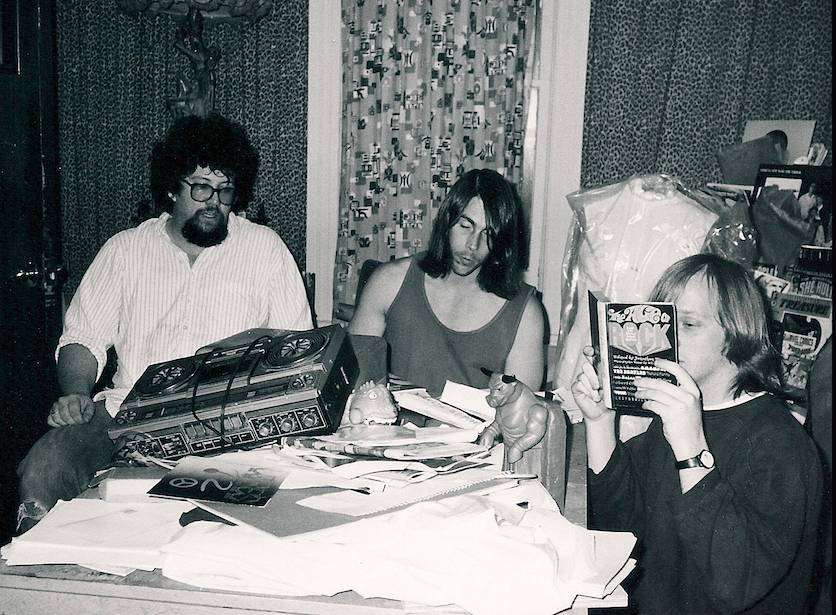 »Test Patterns: Vol. 1« features a 2021 remix of »Tab« by John McBain, alongside the original demo, recorded in 1988 and then released on the aforementioned »Forget About Life, I’m High On Dope« in 1989.

“When Magnet started, John and I worked in record stores in Red Bank and Dave worked in the comic bookstore and we made a lot of tapes for each other,” recalls Tim Cronin. “A lot of ‘check this shit out’ kind of stuff…Hawkwind, early UFO, Amon Duul, Can, Skullflower, Morgen, Loop, Crystalized Movements, early Alice Cooper, Walking Seeds, Butthole Surfers, Spacemen 3. When we recorded the first demo and got to »Tab«, we just beat the shit out of it until it became heavy, noisy, weird, mean and either too long or not long enough, depending on your mood. Everything we wanted in a song (at least everything I wanted in a song), punishingly psychedelic. Jersey Shore krautrock.”