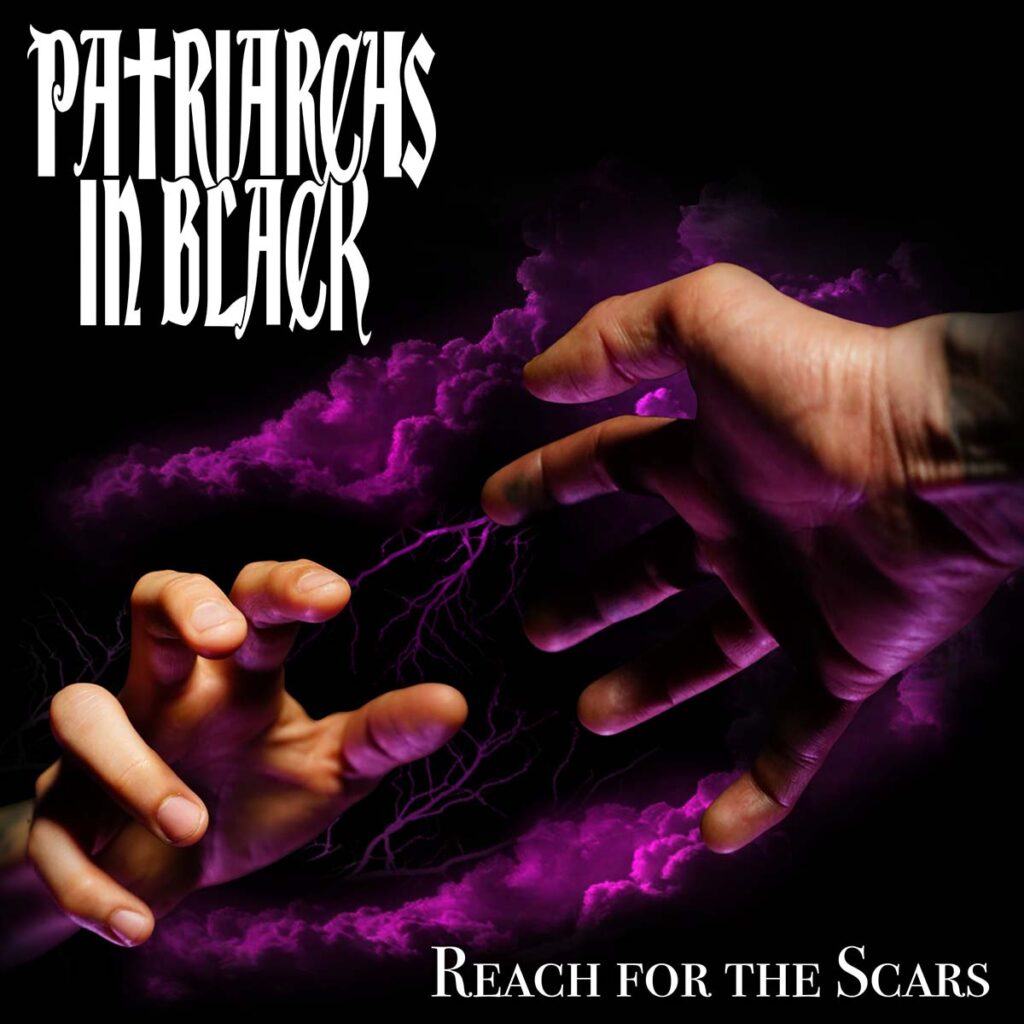 Patriarchs In Black presents their debut album, »Reach For The Scars«, which was just released worldwide on July 1st, 2022 via MDD Records.

All roads lead to Black Sabbath!

When New Jersey scene veteran Dan Lorenzo (Hades, ex-Non-Fiction) was looking for musicians for his new project, Overkill’s Bobby Blitz gave him the idea of knocking on John Kelly’s (Silvertomb, ex-Danzig, ex-Type O Negative) door, because – according to Blitz – “he would fit your riffs perfectly”. Blitz was right and Lorenzo and Kelly, who had never worked together before, formed Patriarchs In Black.

The duo makes no secret of where the musical heart of this collaboration beats – to put it in Kelly’s words: “All roads lead to Black Sabbath!” So on these nine groovy songs there are many dragging riffs, with which homage is paid to the forefathers of doom, on the one hand – and on the other hand such a snotty-rock charm that would also make the album a perfect soundtrack for a remake of »Easy Rider«. 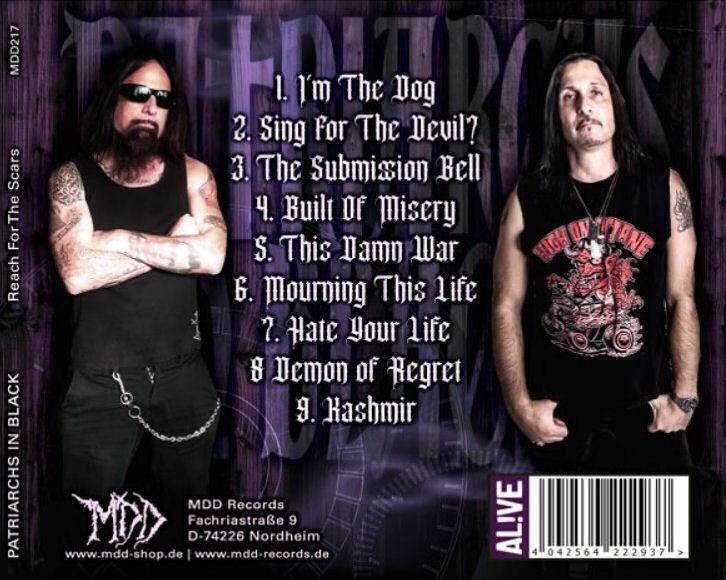 One thought on “Patriarchs In Black presents their debut album »Reach For The Scars«, out now worldwide via MDD Records!”