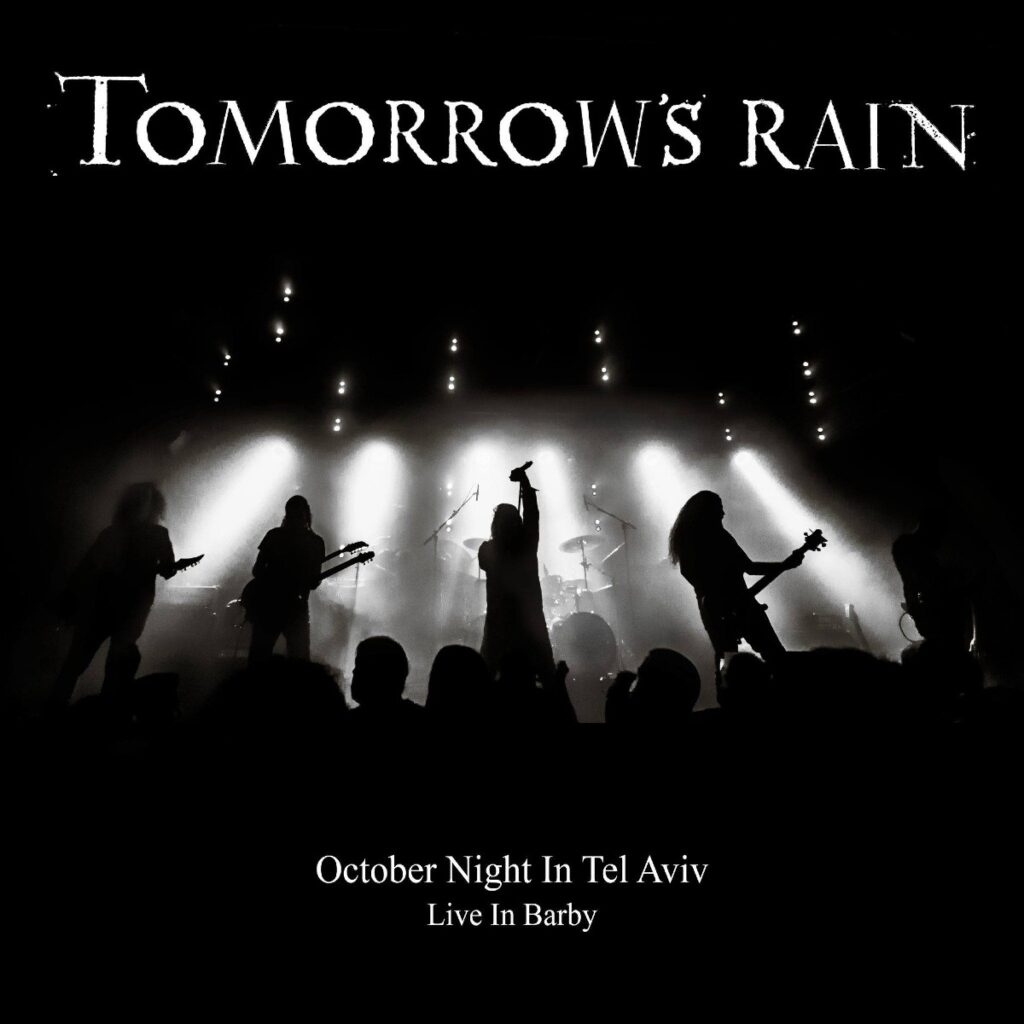 The track is taken from the upcoming live album, »October Night In Tel Aviv – Live In Barby«, which will be released on April 15th, 2022 via AOP Records.

The band comments: “Check out our new video from the upcoming live album »October Night In Tel Aviv«, it was highly inspiring to play such a classic track with Aaron Stainthorpe himself on stage.”

“We did not plan to record and release the show as a live album, but very quickly realized that it was not a regular show, it was an event that must be documented. A moment in time that has to be commemorated in the most beautiful way possible.

It was supposed to be a unique concept of 2 consecutive dates of performances for Tomorrow’s Rain in 2020. On the first evening we were supposed to play the entire English version of the »Hollow« album live onstage with many of the guests featured on the international release of the album and play with each guest a song from their band. We planned to have on stage Fernando from Moonspell, Greg from Paradise Lost, Sakis from Rotting Christ, Aaron from My Dying Bride, Spiros from Septicflesh and the many more guests from the album.

And on the second evening we planned to play all of »Hollow« in Hebrew with the guests participating in the Hebrew version. Then the Coronavirus arrived and turned the world upside down for all of us.

The plans were unfortunately suspended, and after a year of waiting, we decided to arrange the release show for the Hebrew version of the album. Somehow we managed, despite the complexity and very challenging logistics to get a visa for Aaron Stainthorpe from My Dying Bride and thus fulfill a dream of ours to perform with this huge artist who has now become a close friend, and also give the audience a small but special taste of what the English version of the »Hollow« show would have been like, before Covid-19 took over our lives. 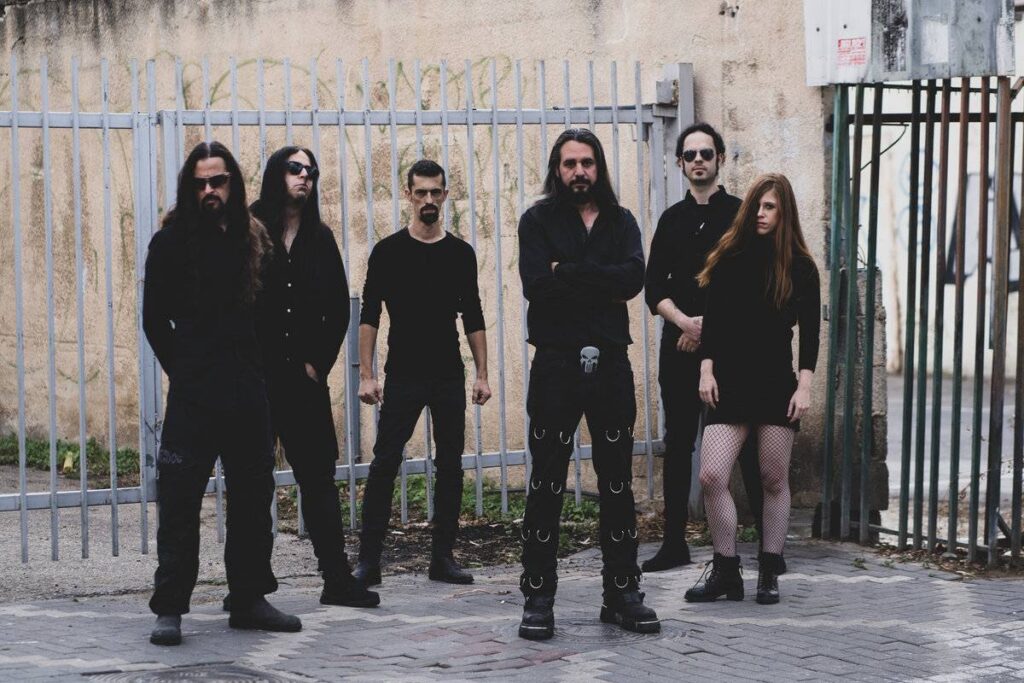 For this special show we invited Zeev Tenenbaum (Salem) who did not originally participate in the Hollow album itself, but somehow will always be an influence on whatever we do, as a friend, brother, and teacher of the journey from the late eighties to the present day and the man who brought Metal to Israel, we also invited Yael Cohen (from the Israeli rock act The Witches) because »Tzipor« is a charged song with a lot of meaning to us and also because their music and body of work as if came from the same place as us and branched out from the same tree as us, we are like the branches growing to the sides of the same tree.

With Avi Belleli (from Tractor’s Revenge) we performed our duet »Bepinat Rehov Hashouch« and »Saviv Saviv« of Tractor’s Revenge, in the version we always dreamed of playing, one that connects the clubs of the 80s with our metal. with Eran Tzur we played »Geshem Koder« (Hebrew version of »Misery Rain«) and his song »Parparey Ta’atua« which were also taken to the doom metal genre with a lot of love and respect. With Micha Shitrit from Natasha’s Friends, we performed »Trees« with a lot of joint reminiscence of Yossi Elephant and his era, and then played Natasha’s »Yesh Zman« from their first album, a song that says so much. With the brilliant guest guitarist Shlomi Bracha from Israel’s biggest national rock band Mashina we ended the show with our cover to Israel’s legendary band Lehaka Retorit’s »Seder Yom« written by Yossi Elephant in 1983.

Also taking part in the show were our dear brothers special reunion, Kobi Farhi (Orphaned Land) and Yossi Sassi (who for that night was again Orphaned Land’s guitarist of 1993), we performed with them »The Beloved’s Cry« from the first demo of Orphaned Land. Afterwards, we continued with Kobi to cover Nick Cave’s »The Weeping Song« and with Yossi we played »Geshem Koder« and our song »Fear«.

Benny Zohar also came to save us from performing Jeff Loomis’ crazy solos because there aren’t many people in the Israel who can handle such intricate roles, Benny is without a doubt one of them. And Aaron, the great Aaron from My Dying Bride, our doom metal icon from England, we performed with him our song »Fear« and My Dying Bride’s »Cry Of Mankind«.

We did not plan to record and release the show as a live album, but very quickly realized that it was not a regular show, it was an event that must be documented. A moment in time that has to be commemorated in the most beautiful way possible, a moment in time that everyone who was there will not forget, and those who were not there could still imagine, connect with and enjoy the intense and unique energy that was there.”

Guests in the show:
Vocals in »Fear« and »Cry Of Mankind« by Aaron Stainthorpe (My Dying Bride)
Vocals in »The Beloveds Cry« and »The Weeping Song« by Kobi Farhi (Orphaned Land)
Vocals in »Eyes To Match A Soul« by Zeev Tananboim (Salem)
Vocals in »Saviv Saviv« and »Bepinat Rehov Hashouch« by Avi Belleli (Tractor’s Revenge)
Vocals in »Praparey Ta’atuma« and »Geshem Koder« by Eran Tzur
Vocals in »Trees (Hebrew Version)« and »Yesh Zman« by Micha Shitrit (Natasha’s Friends)
Guitars in »Seder Yom« by Shlomi Bracha (Mashina)
Guitars in »Dorey Layla« and »Into The Mouth Of Madness« by Benny Zohar
Drums in »Tzipor« by Yael Cohen (The Witches)
Saz and Baglama in »The Beloveds Cry«, »Fear« and »Geshem Koder« by Yossi Sassi