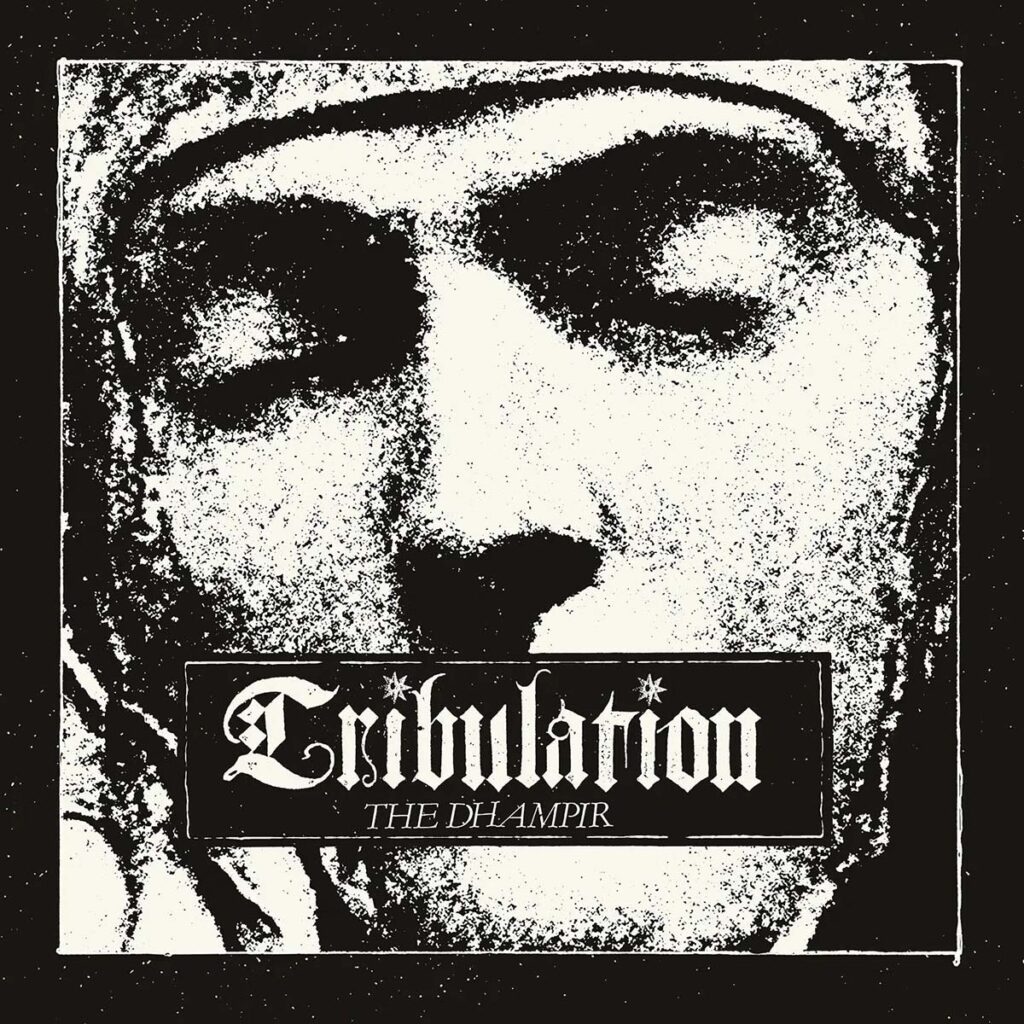 Tribulation comments: “Until now we’ve kept our longest song safely tucked away on a picture disc, for only the most interested pairs of ears, but the time has now come for it to be heard by anyone who wishes to partake on the journey. We hope you enjoy »The Dhampir«!”

You can listen to »The Dhampir« now on all digital streaming platforms! 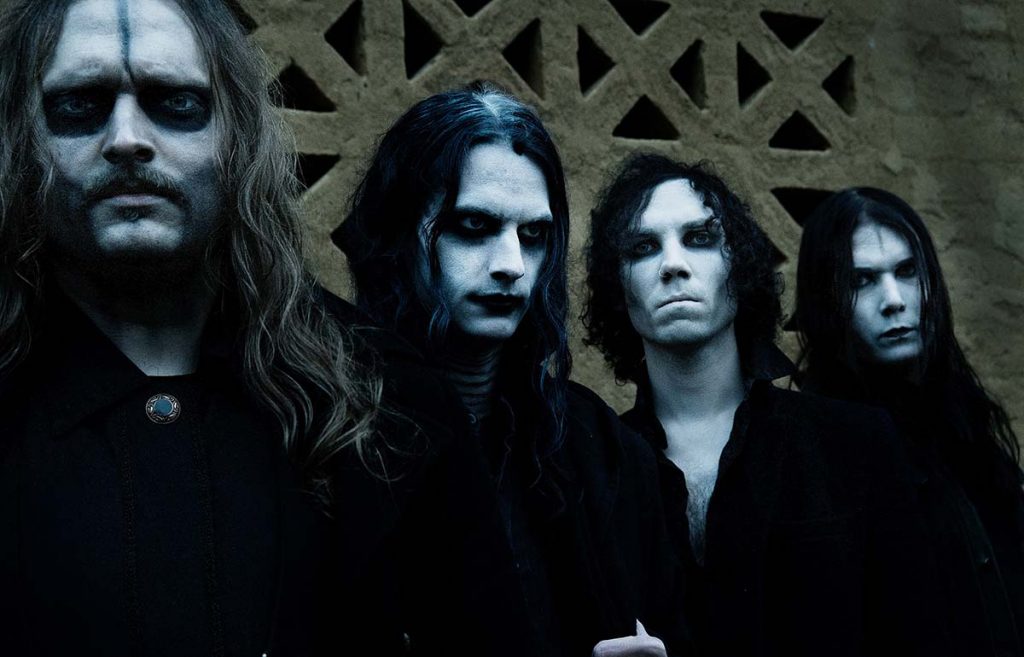 Bats are aflutter. Hounds howl longingly. Deathly chills fill the autumnal air. A foreboding crescent moon hangs low in the night sky – the stage for Tribulation’s new album, »Where The Gloom Becomes Sound«, is set. The preternatural horror and antediluvian mystery of the past have yet again returned, luminous, haunting, and intimate like a fresh corpse. The Swedish Grammy Award-winning quartet toiled for the better part of two years in various innominate undercrofts and ritualized hollows to nail down »Where The Gloom Becomes Sound«. They emerged with an exhilarating spell of an album. Numinous yet kindred to the gothified castings of »Down Below« (2018) and its predecessor »Children Of The Night« (2015), Tribulation’s fifth full-length indisputably elevates the Swedes to the highest echelons. The source of their glinting darkness: a yawning, bottomless rift deep within.

“We immersed ourselves in the world of myth and magic,” says guitarist Adam Zaars. “With a specific focus on elemental magic, and the elements, in general, from both the Western and Indian esoteric traditions, not the Buddhist four elements but the five elements. Myth and magic are obviously not something new in the world of Tribulation, but it got a bit more specific on this album. We just present it from a slightly different perspective.”

»Where The Gloom Becomes Sound« was primarily composed by guitarist Jonathan Hultén, who was also writing for and celebrating the release of his solo album, Chants from Another Place. The well of his Tribulation inspiration ran deep. From singer-songwriter Roky Erickson and vintage Morbid Angel to the NWOBHM and Swedish folk music, Hultén found bewitchment in his own personal belfry, extrapolating on the tenets of death, resurrection, and whatever resides between. Indeed, the primal pulse and shimmering dissonance to »Elementals«, the ingenious and diabolical swash of »Hour Of The Wolf«, and the princely necromancy of »Leviathans« are but several of Hultén’s advances on Tribulation’s prior malisons. To further his offering to the Other and that which lies Beyond, the song-master designed a variety of sonic enhancements, like those heard on »Leviathans«, »Funeral Pyre«, »Dirge Of A Dying Soul«, and »Hour Of The Wolf«. The promaja our elders had always warned us about, but we delighted in regardless, is imbued throughout »Where The Gloom Becomes Sound«.

“Jonathan did the bulk of the songwriting on this album,” Zaars says. “And he mostly works alone. On »In Remembrance«, we had the help of Robert Pehrsson (Death Breath) and Joseph Tholl (VOJD) when we got stuck, and that was really helpful. [I will say] small details can really enhance a song like »Hour Of The Wolf«, and I think in that case, it really did! The ‘theremin sound’ on »Funeral Pyre« is actually a guitar, and it’s something we’ve thought about having many times before, but I guess never really did. We always imagined a saw, which could happen in the future, but this time we managed to do it with a guitar. Of course, the reason being that it has a really haunted vibe to it.”

The title, »Where The Gloom Becomes Sound«, was inspired by German darkwave artists Sopor Aeternus & the Ensemble of Shadows. The line, ‘…down, further down, »Where The Gloom Becomes Sound«, on the cell where your love might be found…’ has enchanted Tribulation for several years, and it finally felt appropriate musically, lyrically, and conceptually to pay homage to one of their favorite artists. That’s only part of the Devil’s puzzle, however. Musically and lyrically, they invoked the pancha bhoota – or, five elements – but for those interested the wisps of night and incense burning there’s other frightful and arcane themes at play. From »In Remembrance« and »Dirge Of A Dying Soul« to »Inanna« and »The Wilderness«, Tribulation slip effortlessly into death, out of otherworldly forces, and effortlessly invoke the darkly sublime. »Where The Gloom Becomes Sound« is a paean to the supernatural – the unspeakable things that bump after twilight.

“The same can be said about the lyrical content,” says Zaars. “Myth and magic and, for some reason, the five elements. The inspiration to the song »Inanna« is obvious, but there are more mythical topics explored, and I suppose the interested listeners will have to figure that out on their own.”

Tribulation entered Linus Björklund’s Studio Ryssviken on April 20th and exited (informally) nearly two months later. The group – Zaars, Hultén, Johannes Andersson (vocals/bass), and Oscar Leander (drums) – used the first 10 days of their studio time to rehearse. Once the bone-oil had sufficiently run its course, the group and co-producer Jamie Elton started to hammer into the rudiments of the recording process. Elton, who also serves as Tribulation’s soundman and is a long-time friend, took the reins from Martin Ehrencrona, who helmed the »Down Below« sessions. Together, they crafted a well-appointed production, one that’s luxuriously grim and auricularly inviting. »Where The Gloom Becomes Sound« was then given to Grammy-nominated producer Tom Dalgety (Ghost, Rammstein) to mix at Psalm Studios. Once the mixing was finished – Dalgety would send over versions from his studio in Wales – Tribulation re-enlisted Magnus Lindberg at Redmount Studios in Stockholm to master.

“We’ve always moved in one way or another, and we wanted to try something new this time around as well,” Zaars says. “Ironically, it’s the first time we recorded an album where we had windows in the studio. We wanted a studio where we could have the drums up for the entire session if we wanted to change anything, and that was one of the reasons we ended up at Studio Ryssviken. As for Jamie, I’ve known him since the early 2000s. We have a similar love and passion for heavy metal. He’s really fantastic to work with and just hang out with, and if you’re spending two months in a studio, you need someone like that. He acted like someone who we could bounce ideas off both lyrically and musically, and he was also the one keeping everything running, keeping us in check, making sure we did what was necessary. He has great knowledge about sound, and his meticulous work really helped give Tom an easy start.”

Things evolve. Time blows by. Creatures of the night become deadlier. »Where The Gloom Becomes Sound« isn’t representative of monumental change, but rather the accrual of ambition over time in conjunction with continued exposure to and profound experiments with crossroads devilry. The Swedes’ new full-length is their most expressive and inventive to date. Where it will take them is only to greatness and with reverence. Down, furtherest down… indeed!