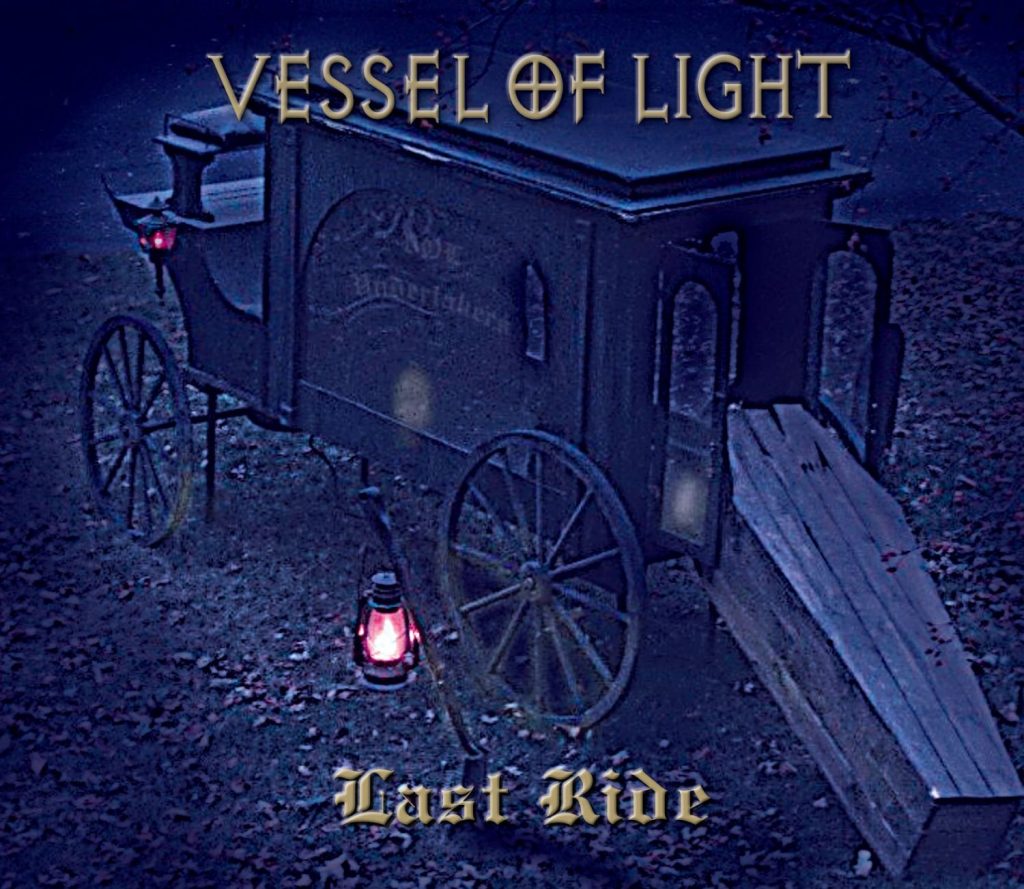 Vessel Of Light unleash the first single and title track of the upcoming full-length studio album, »Last Ride«, out on CD in October 2020 and vinyl in January 2021 via Nomad Eel Records.

Nathan Opposition and Dan Lorenzo started writing together (Nathan in Cleveland, Dan in NJ) in early 2017. In June of 2017 they rehearsed in Nathan’s basement. A month later Dan came back to Cleveland and the duo recorded their debut EP. They then signed with Italy’s Argonauta Records and the CD came out November 3rd 2017. Less than a year later Dan and Nathan released the cult favorite »Woodshed«. September 2018 saw not only the release of »Woodshed« on vinyl, but the bands first show. Vessel Of Light opened for Life Of Agony and Silvertomb in NYC. Lorenzo drafted Jimmy Schulman on bass and Ron Lipnicki on drums. The foursome released their second full-length »Thy Serpent Rise« independently in October of 2019.