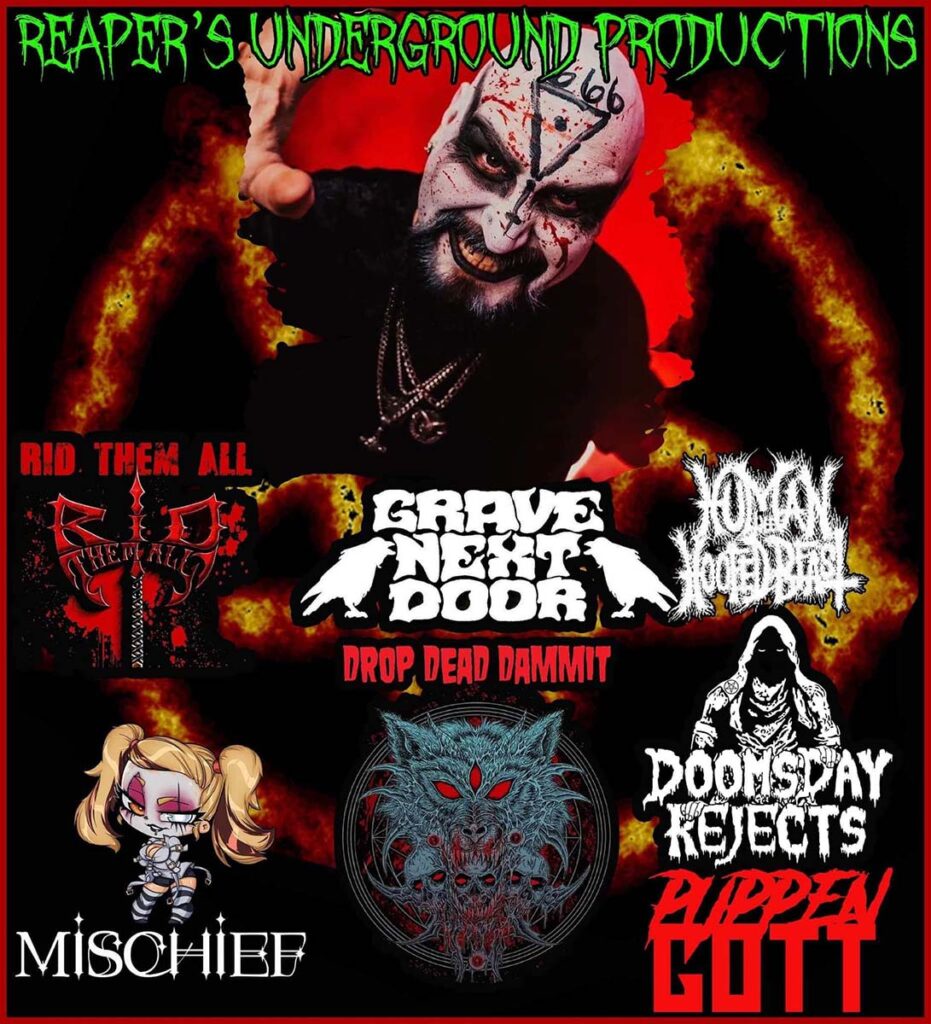 Steve adds: “I started Reaper’s Underground Productions after managing bands through Terror Crew Productions for a year after they recently disbanded. I wanted to continue representing the best in underground metal of all kinds and help them to grow and widen the audience around the world through booking tours, artist relations and public relations across social media platforms such as my Reaper’s Underground podcast show, Three Witches Entertainment and Instagram sites. I’m a 30 year professional drummer and I want to help bands that want to succeed because I was that musician back in the day when no one would try to help us get somewhere. I believe in every act that is on my brand and will do everything I can to help them to reach their goals in this industry. I am currently working with Kingside Records and Black Doomba Records.” 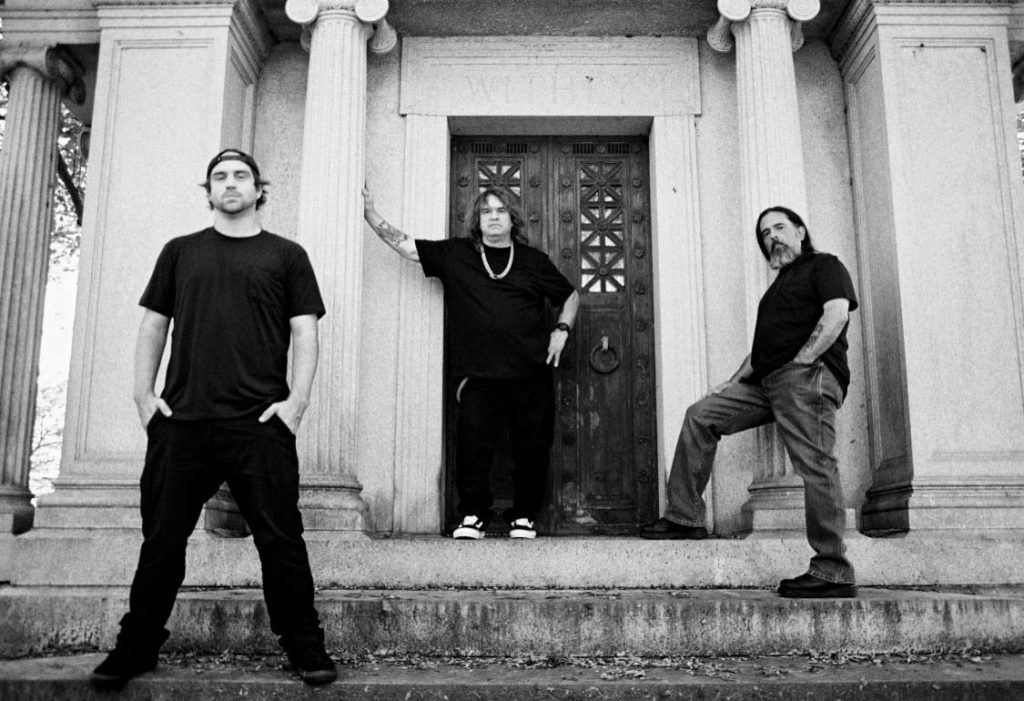 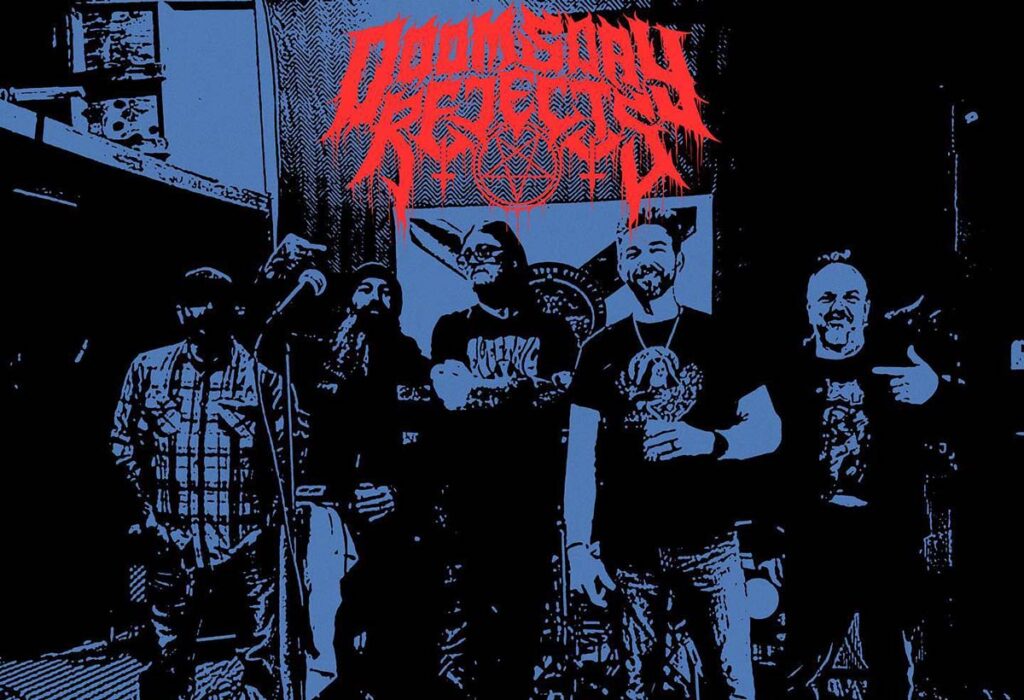 Doomsday Rejects is a heavier doom metal band from Jacksonville, Florida recently signed with Kingside Records and their new album is out called »Vol:60« 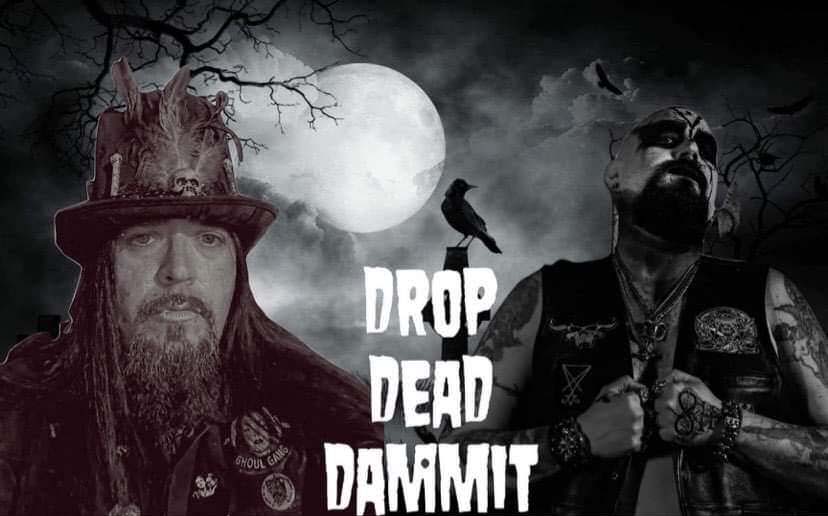 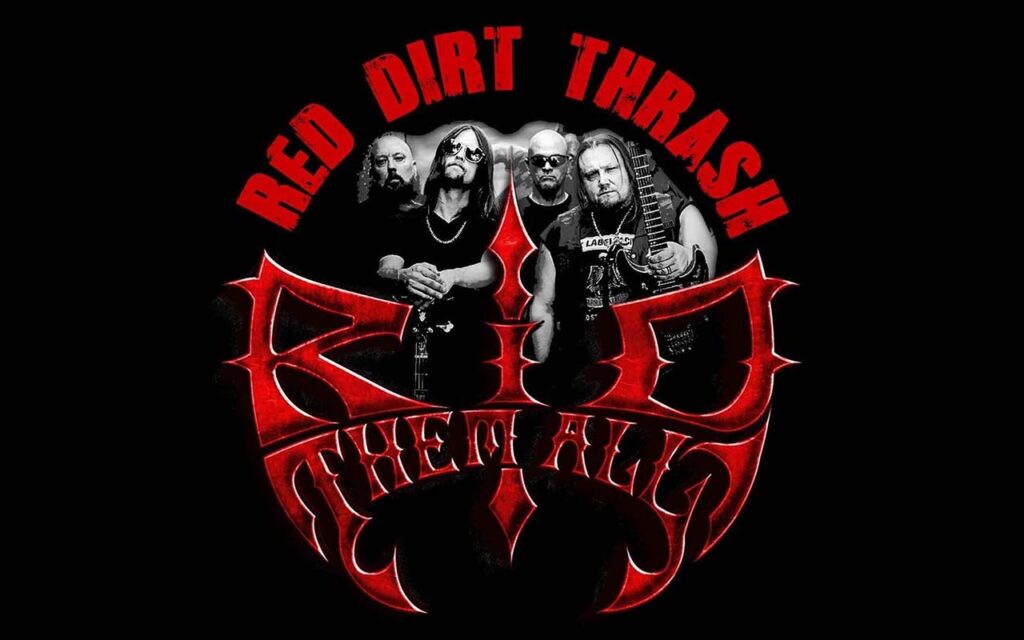 Rid Them All is a red dirt metal, southern thrash style band from OKC, Oklahoma and they’re about to release a new single, a cover of »Folsom Prison Blues« and video to follow! 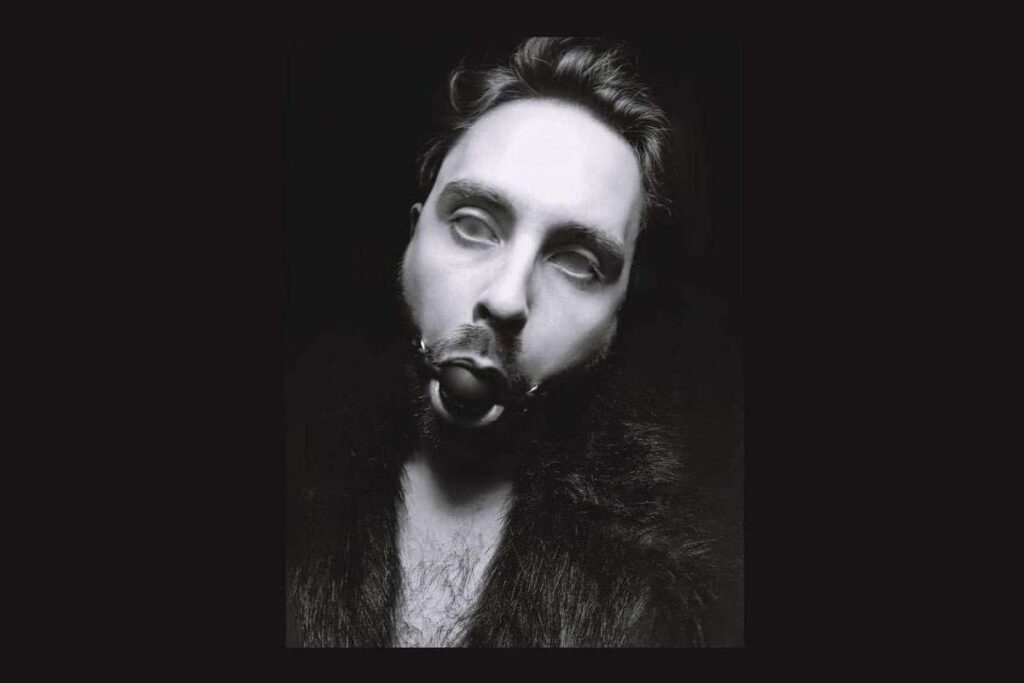 Puppengott from Berlin, Germany is an amazing industrial/black metal project which is bringing the darkness in every way and make your flesh crawl! Check him out on Bandcamp! 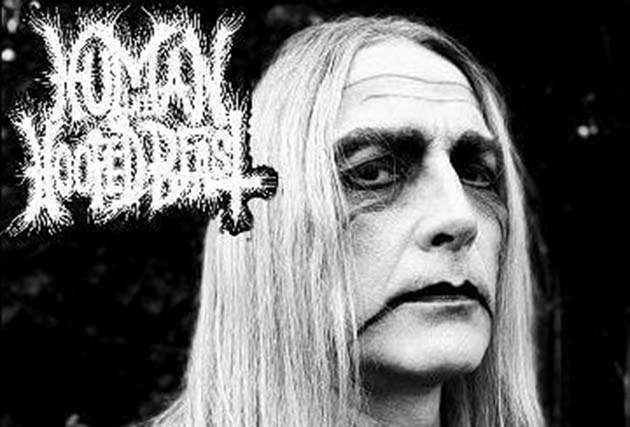 Human The Hoofed Beast is an amazing blackened doom metal band from North Carolina. A beautiful blend of black metal with sick groovy drums and that voice that just grabs you! Check him out on Bandcamp! 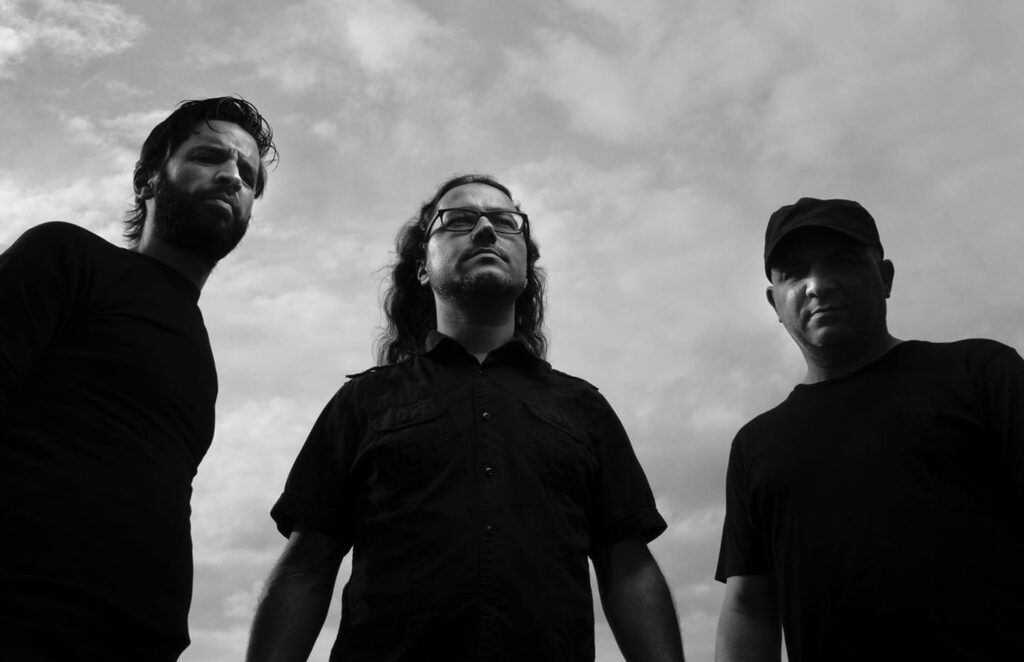 Forged by ancient magic, deep in the sandstone depths of Nottingham in the UK, Tigguo Cobauc effortlessly blends doom and extreme metal into an intense and unique blackened sludge style. Also on Kingside Records. 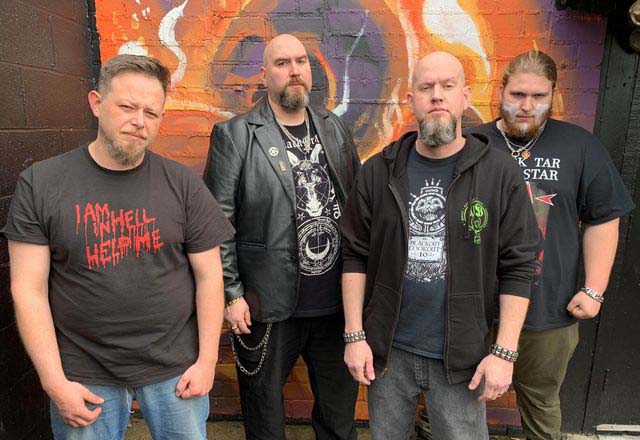 Black Tar Superstar is a four-piece doom/stoner/sludge metal band from Akron, Ohio. Their debut full-length album »The Black Flame« is out now on Kingside Records. 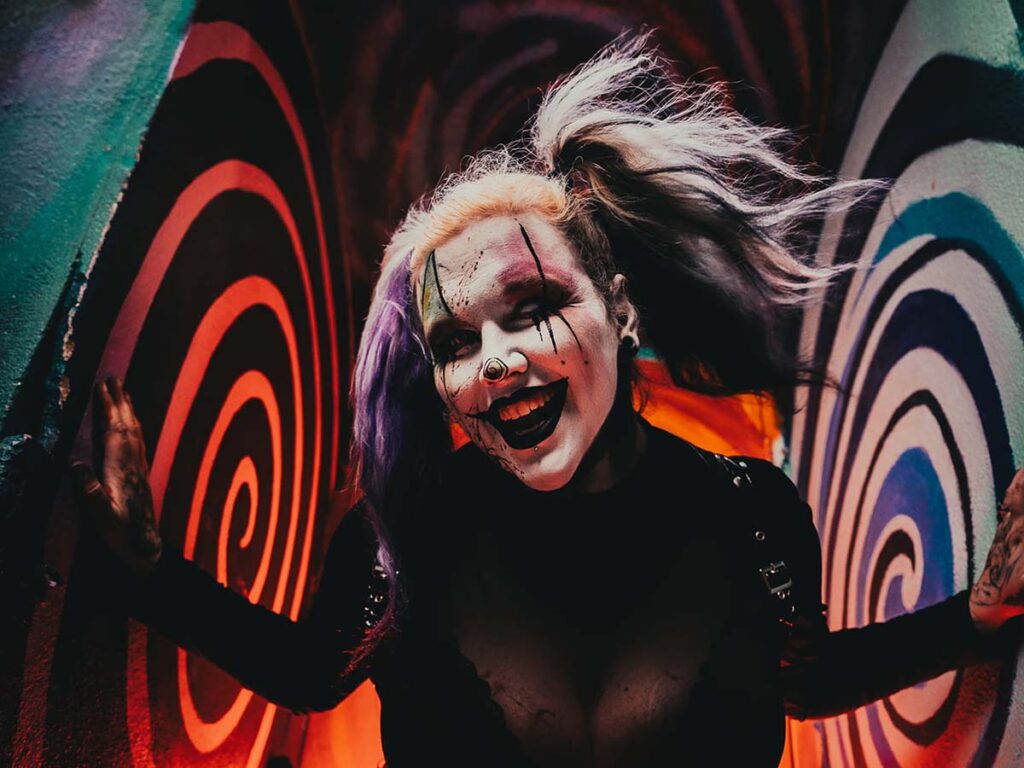 Mischief is a horror indie actress/horror model and podcaster on Three Witches Entertainment. She is also beginning working on a music project.

Photos of Reaper and Mischief by Kessel Kreations