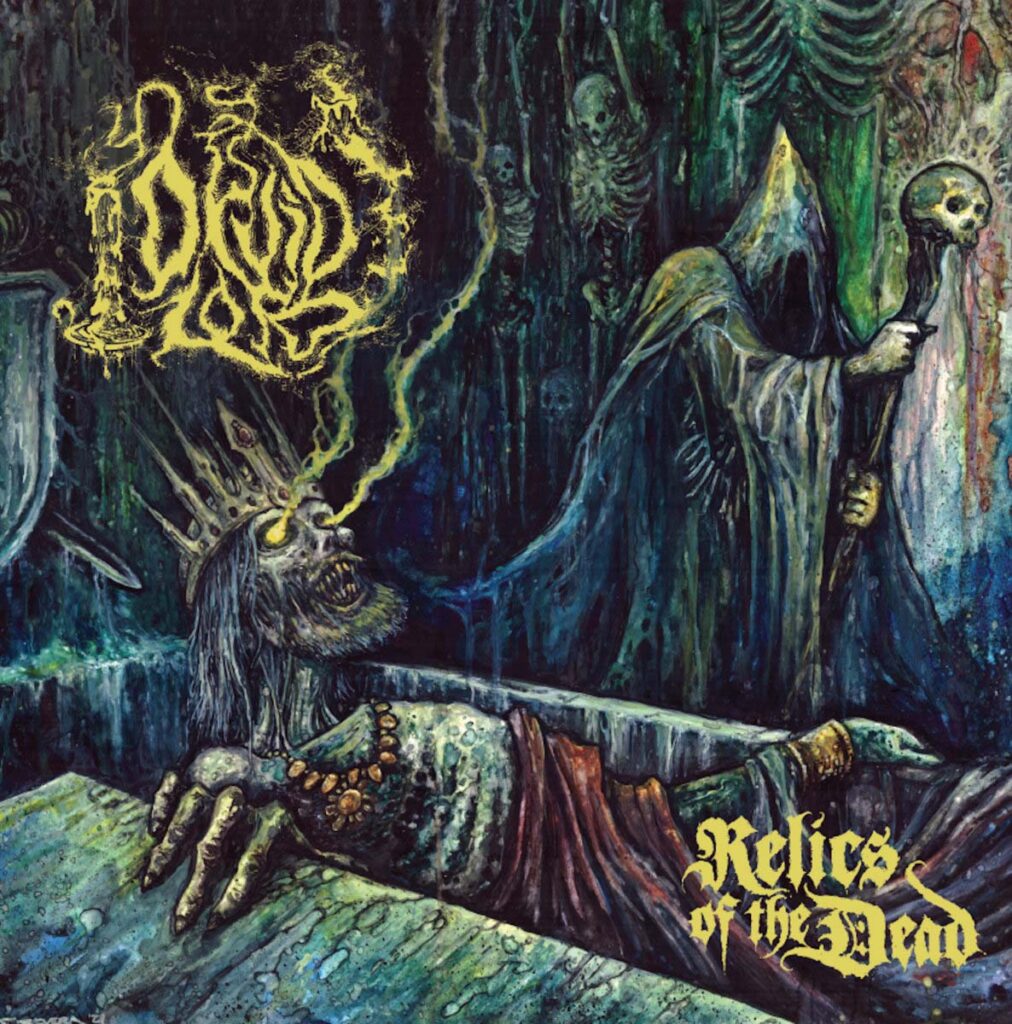 Says the band: “»Relics Of The Dead« album is out NOW! Our website druidlord.com (Bandcamp) has been updated with new Tapes/CD’s for purchase as well as the digital download. You can also purchase directly from Hells Headbangers. Vinyl is coming this summer and we will also have limited shirts coming in the next few weeks. Check out our visualizer video for »Festering Tombs« on YouTube.”

For years, Druid Lord were one of the metal underground’s best-kept secrets. It wasn’t until the band signed with Hells Headbangers for the release of their second album, »Grotesque Offerings«, when Druid Lord finally started receiving their due. Massively acclaimed, »Grotesque Offerings« displayed Druid Lord in all their doom-death glory: eerie, utterly crushing, and simply molten beyond measure. This was the sound of supernatural horror writ large, painted with bold strokes and even bolder heaviness.

And while eight years separated their two full-lengths to date, thankfully, Druid Lord return in comparatively quicker time with »Relics Of The Dead«. Wisely sticking to the same formula as its celebrated predecessor – lurching-tank riffs, lurking-dread atmosphere, completely skull-crushing production – here do Druid Lord render their third album a more concise counterpart that, somehow, also finds them at their doomiest. The leads still linger like funeral fog, the sense of space even wider (and eerier) than before, and the slo-mo riffs surprisingly catchy, but the eight-song/46-minute runtime makes the cinematic effect feel more compact. 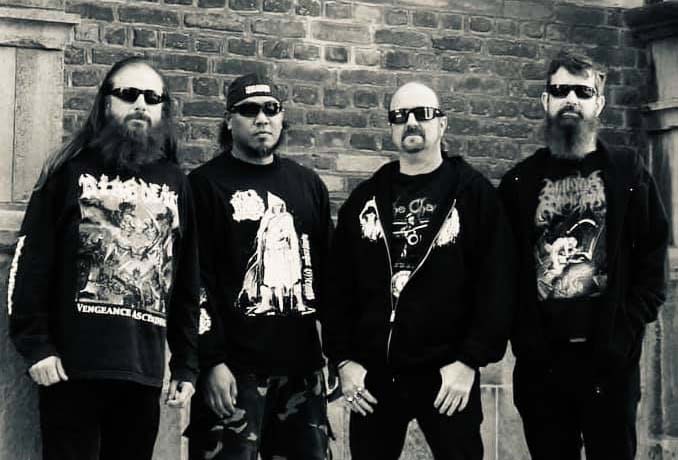 Of course, it’s Druid Lord and there’s no compromise in their titanic doom-death, but the spellbinding acoustic interlude »Nightside Conjuring« chills to the fucking bone while the outro »Ethereal Decay« is likewise aptly titled – small, thoroughly thought-through developments from a band continually at the height of their powers.

If »Grotesque Offerings« was a mini-classic in the making, harkening the arrival of the new doom-death lords, then »Relics Of The Dead« is Druid Lord’s grand coronation!