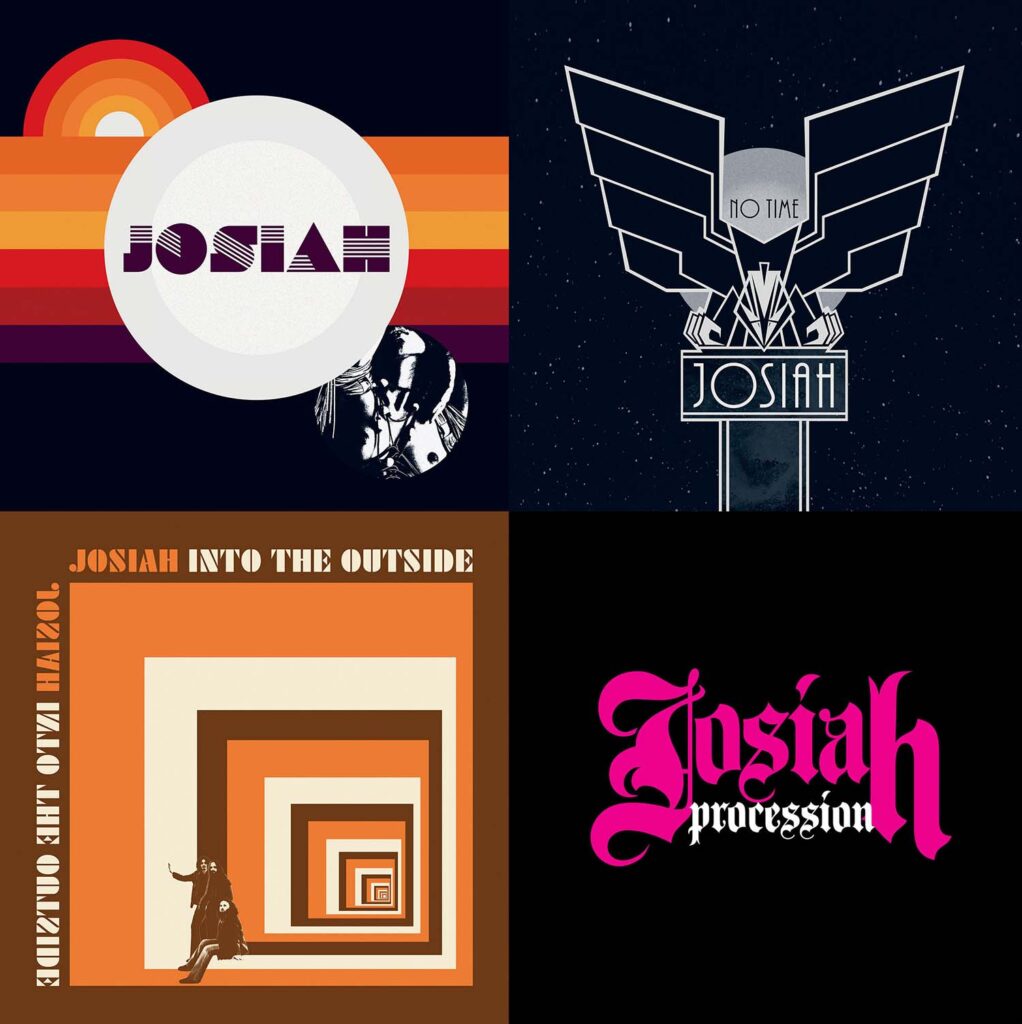 Heavy Psych Sounds Records have released remastered versions of full-length albums »Josiah« (2002), »Into The Outside« (2004), »No Time« (2007) and »Procession« by cult UK heavy psych rockers Josiah in new coloured vinyls!

Josiah is one of the few bands out there currently that really manage to capture the authentic ’70s acid-rock power-trio sound, style and energy while also sounding fresh and modern. Take some Grand Funk Railroad, Cactus and Groundhogs energy and update it with some Monster Magnet, Nebula and Fu Manchu styles and you’d get something along the lines of Josiah’s self-titled debut full-length. Next to Queens Of The Stone Age »Songs For The Deaf« this is my second favorite album of the year so far. If you’re into the sound I’ve described above you really can’t go wrong with this release. I strongly recommend it!!

The overall feel is acid 70’s psychedelic blues rock. Foghat and the James Gang crossed with Led Zep and Monster Magnet. Other bands that it reminds me of are Mammoth Volume, Five Horse Johnson…Hard aggressive grooves that maintain steadiness like no other. Yeah… – Stonerock.com

Josiah melds the sounds of unheralded dropouts Blue Cheer with the nostalgic leanings of Monster Magnet and Kyuss. In fact the lead vocals echo that of Wyndorf, with some bluesy Ron Young moments thrown in.

The first three songs show that the band is capable of some killer material – the hard-hitting future classic The Scarlatti Tilt, the backbeat of »Turn It On« and the Beefheart Esque tones to O.B.N. make for guaranteed foot-stompers. »Sweet Time« comes across like Ram Jam’s »Black Betty« supercharged with simple yet effective song structure. The disc finishes with an appropriately named »Unwind Your Mind«, as I am sure the recording of this album was done in a cloud of smoke.

This is a quality release. Heavy Psych and Stoner fans should be all over it. Retro rock with a touch of psychedelic blues, soul and more than enough rock to satisfy metal fans. – Sleaze Roxx

Like a long lost British heavy rock classic from 1970 on the Vertigo label. Josiah has that sound down cold. Think Sabbath, Motörhead, Uriah Heep, and Josiah! These guys rock hard and take no prisoners, and it’s just three of them. The songs are potent slices of that point in time where the harder they rocked, the better the world was for it. Echoes of days long gone, when prog rock didn’t have that name yet, and the established heavy metal sound was still a decade away. Josiah is certainly capable of shredding with the best of them, and the compositions have enough sharp corners, labyrinths and switchbacks to keep it interesting all the way through. Vocals are powerful and commanding, always dead on key and right in your face. Add to it all some authentic sounding late 60s/early 70s production, and there will be no doubt about it: You’ve gone back in a proto metal time machine. – Expose

“Those who’ve experienced Josiah’s groove-heavy swagger know that it’s the guitar of Mat Bethancourt in the starring role, but this trio relies almost as much on the backing rhythms on »Procession«. Blink and you’ll miss the first two tracks, »Procession« and »Broken Doll«, both of which are under two and a half minutes, but for the other three cuts of studio material (»Thirteen Scene«, highlight »Dying Day« and the more garage rock »Dead Forever«), it’s just as much Beacom and Beasley’s show as it is Bethancourt’s. That would be the end if not for the five live tracks from Josiah’s Swedish run in 2007. Four out of the five – »Looking at the Mountain«, »Time To Kill«, »Silas Brainchild« and closer »I Can’t Seem To Find It« – come from the band’s final recorded full-length, »No Time«, and only »Malpaso«, reaches back further, having first appeared on the 2001 10” »Out Of The First Rays«. Not that we needed it by this time, but these live versions are basically just further confirmation of what underground rock lost with Josiah. The crash-heavy shuffle blues of »Time To Kill« alone are worth whatever they’re asking for »Procession«.” – The Obelisk 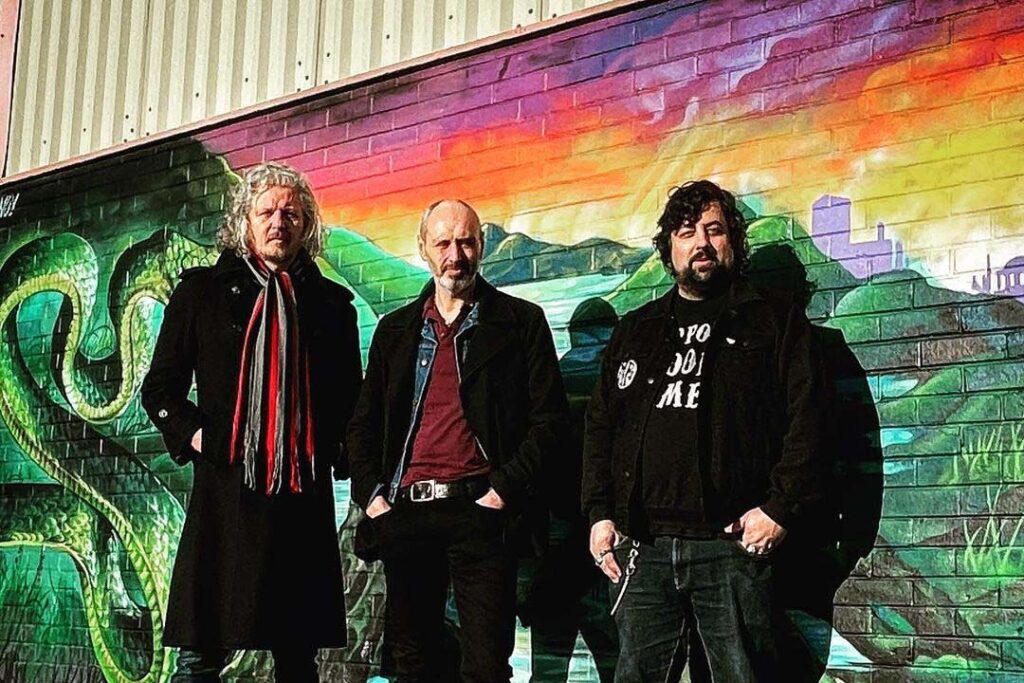 The UK power trio have been making lysergic proto metal since 2000. Dressing the bare bones of hard rock with a coat of acid drenched flesh. A dark sound, cloaked in banshee-like cries, thunderous rhythms and psychedelic guitar offerings.

Their sonic reputation has been built upon the releases »Out Of The First Rays« in 2001 followed by the full-length albums »Josiah« (2002), »Into The Outside« (2004) and »No Time« (2007). By the time »Procession« was released in 2009, they had established themselves as a great live act and pushers of the heavy.