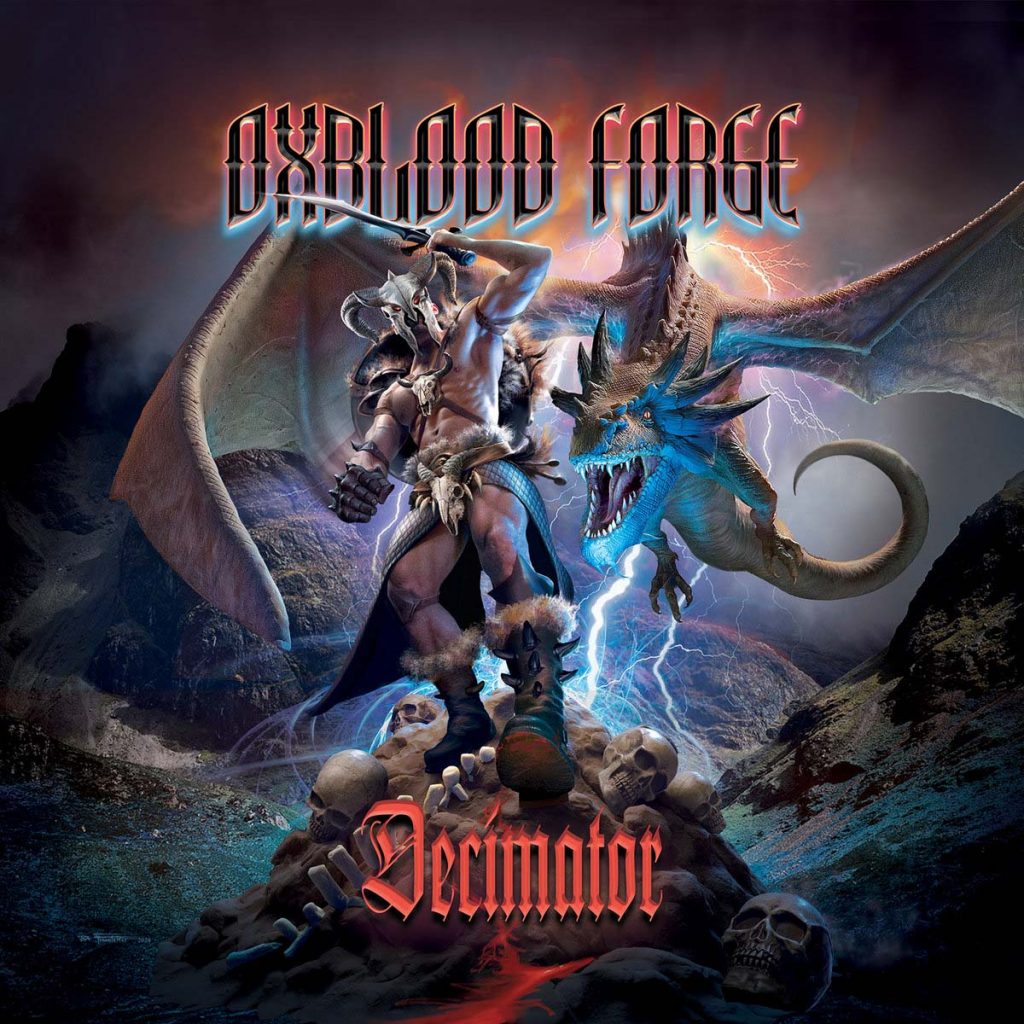 »Decimator« is available now on all major streaming platforms.

Though in existence for a mere five years, Oxblood Forge has proven both prolific and creative in developing a sound on its own terms. Doom metal has been, and continues to be, a significant part of the band’s sound, but heavy metal is the unifying element. On »Decimator«, the band’s metal roots are on full display. Big hooks and heavy riffing built on a robust metal foundation is what Oxblood Forge brings to the table in 2021 with »Decimator«. 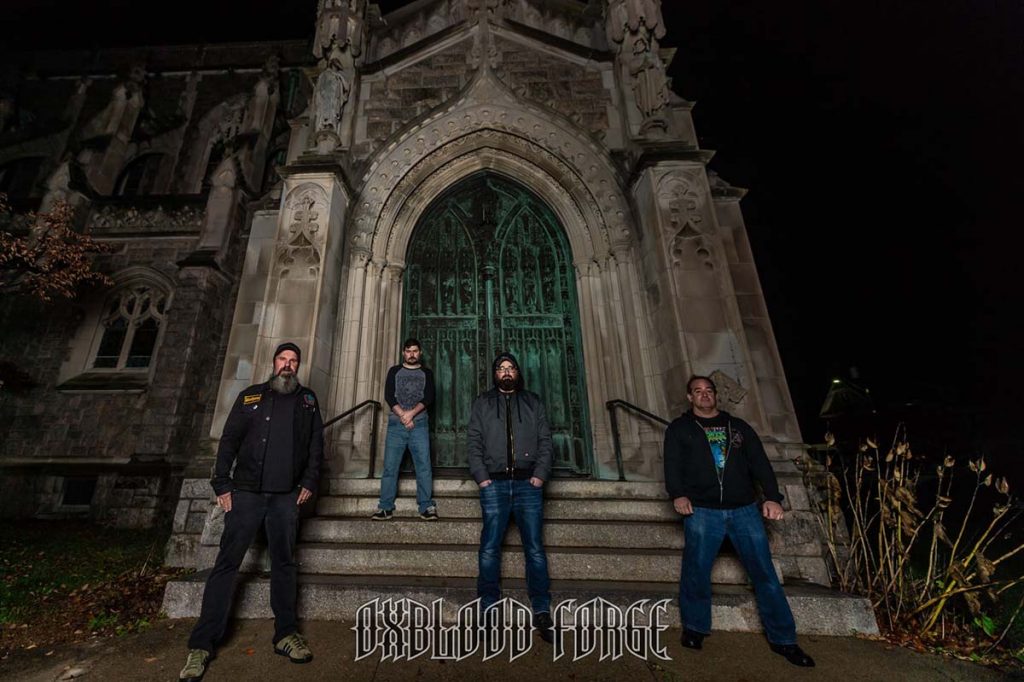 Oxblood Forge started in 2016 with the idea of playing heavy music their way, and not following the trends. Their first release, 2016’s self-titled EP, dabbled in everything from 70’s rock to the Melvins, putting out many fan favorite songs. While their second full length, 2018’s »Death Dealer’s Lament« presented a more unified heavier sound. Its dark and brooding riffs provided a more doom direction, but still heavily focused on hooks and songwriting.

During this time, Oxblood Forge played in front of audiences all over New England, opening for national acts such as Unearthly Trance, Conan and Mothership. They were also invited to play Doom Over Toronto II Festival, in addition to the first annual New England Stoner Doom Festival.

Oxblood Forge shifted gears stylistically with their split with Mourn The Light, embracing the metal of their youth, while keeping to their doom roots.