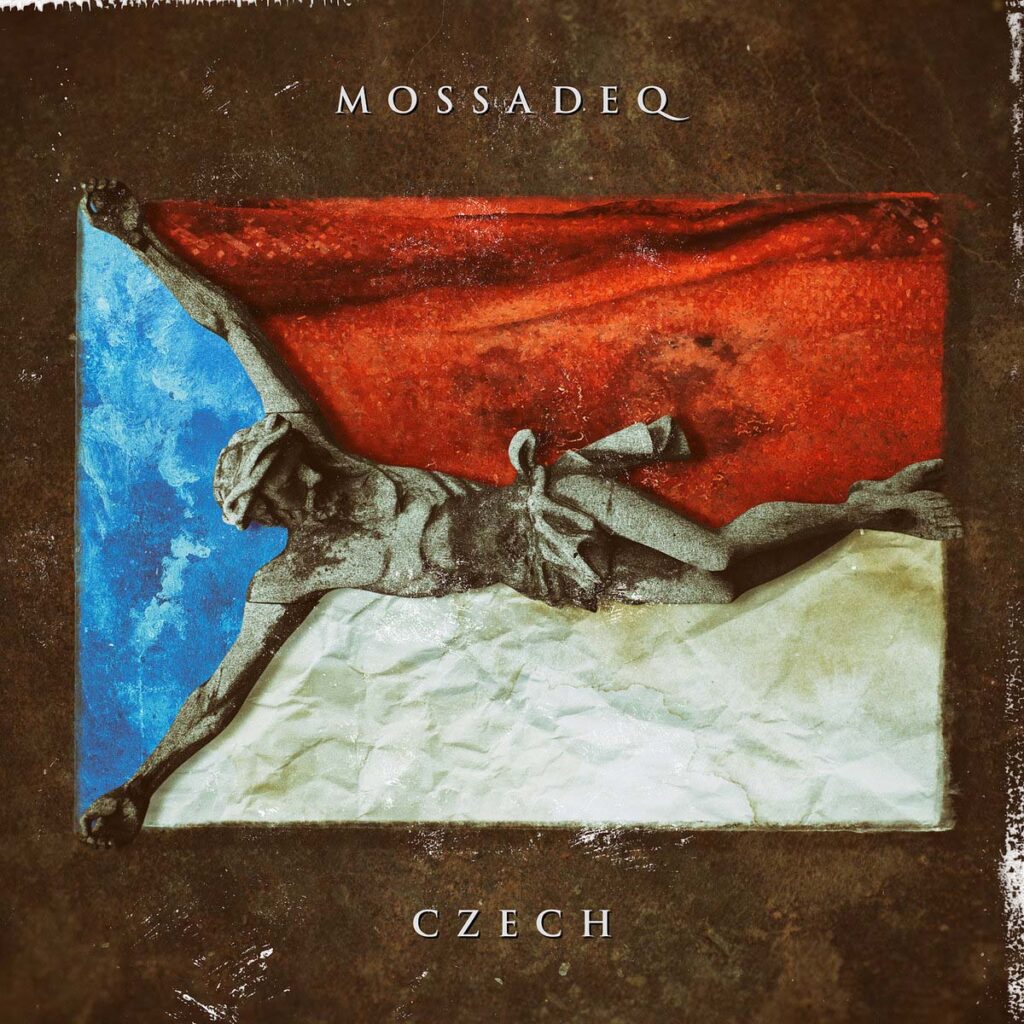 With »Czech«, Mossadeq will release the second album in 2021 after the full-length concept album »Hospital«. The 6 new tracks form Side A of the Mossadeq split album with Violență Domestică – »Czech / Zerfall«.

Musically, the range extends from classic, psychedelic hard rock (»The Nurse«, »Knights In Shining Armor«) to experimental EDM and dub influences, (»Škodub«, »The Sisters«) to sludgy instrumental intro and outro tracks (»Václav«, »Czech«). »Czech« will probably have a disturbing effect on genre purists. Mossadeq wants to reach people, who are open to new musical approaches and interpretations, who are not intimidated by traditionalists and who take the risk of something to get to know new things, even if they don’t like the musical world of Mossadeq.

In the ideal case, the result is an exciting and varied short trip to »Czech«, a trip on which you get to know new people, pictures, areas and moods – and maybe never forgets this little journey.

The opener – named after the Czech serial killer Václav Mrázek – is the instrumental oundtrack of a femicide. In Austria there were numerous femicides in 2021, a fact that is tragically played down in public.

The Czech nurse Marie Fikáčková murdered 10 newborns in her ward, because she couldn’t stand their screaming. In this song your actions become one from the point of view colleague described.

This dub track is actually an ironic love song for an old Škoda who has always been there reliably for the family for years. The meaning of the short text can also be written as interpreting unrequited love – after all, a car cannot love back either.

Cle Pecher’s daughters Nina and Julia played around with the studio microphone before lunch. Pecher recorded that and made a creepy EDM track out of it.

The conceptual associations on the subject of Czech were implemented here. The slightly distorted, ostinate guitar riff is almost psychoactive.